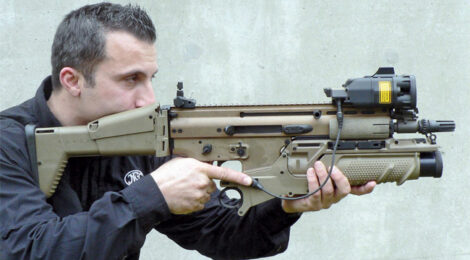 We recently tested the new FN Fire Control System (FCS) at the Zuntendaal proving ground in Belgium.  The FCS can be fitted on a Picatinny rail of any rifle receiving a 40mm grenade launcher or individual grenade launcher.

It is easy to operate: