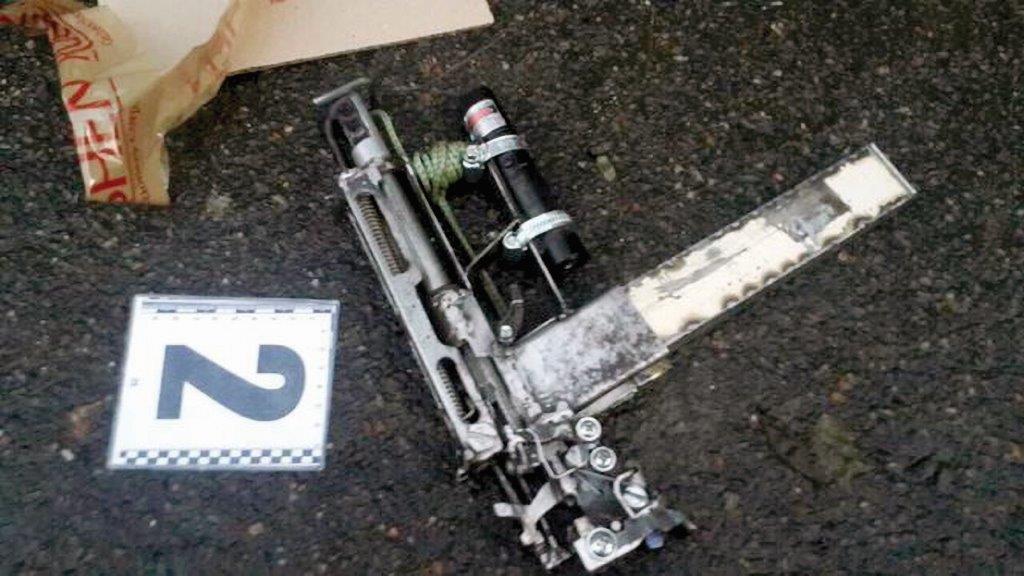 Craft-Produced Firearms Used in Shoot-Out with Police in Odessa

A shootout with police in the Ukrainian city of Odessa on January 19, 2017, left three people dead including the shooter. The attack appears to have been carried out using one or more craft-produced firearms. Valentin Doroshenko, a 57-year-old man who was identified as the shooter, was known locally for his pro-Russia activism, being shown in one photo holding a flag emblazoned with Soviet leader Joseph Stalin. He had previously been documented engaging in stunts such as arriving outside the Mayor’s office on horseback to challenge the-then City Head to a duel.

A police officer, 27-year-old Sergei Prigarin, died in the hospital after sustaining a gunshot to the chest while another police officer eventually recovered after receiving five gunshot wounds. Photos released by police appear to show a crude, though compact (and evidently functional), improvised submachine gun complete with a homemade magazine. The magazine appears to have been welded together from sheet steel and is very crude in design. The gun is also fitted with a makeshift “laser pointer” sight attached. According to local sources, the weapon was loaded with homemade steel-core ammunition which may well have been capable of penetrating police body armour. Two more improvised submachine guns, a pistol and several fragmentation grenades were discovered in a workshop equipped with lathes and welding equipment, located in a disguised cellar of the home of the suspected shooter.