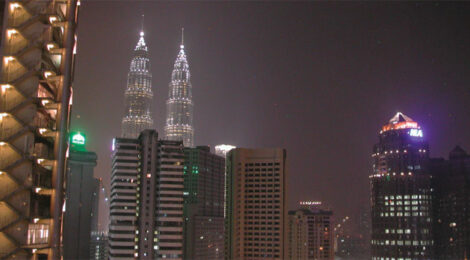 Defense Services Asia is one of the premier Asian trade shows for defense items and services in Asia. Held biennially in even numbered years, the 22nd DSA symposium was hosted on April 19–22, 2010, at the Putra World Trade Center, in Kuala Lumpur, Malaysia.
Companies from more than 22 countries participated, displaying both newly designed and legacy weapon systems from around the world. Small Arms Defense Journal was in attendance to report on the latest in small arms developments from this area of the world. 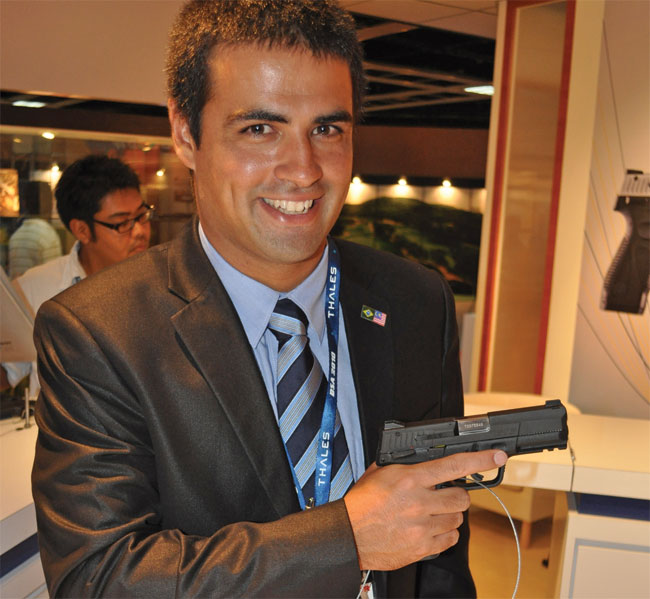 Taurus
Taurus introduced its PT24/7 G2 pistol, a 2nd generation to the model 24/7 series. Similar to the original 24/7, the G2 is featured in 9mm, .40 S&W, and .45 ACP chambering. The new pistol system features a new trigger mechanism, interchangeable back straps to adjust grip size, and a new trigger safety. Of note, the new 24/7 Gen 2 features a unique system that allows the user to load and chamber a round, while maintaining double action trigger pull on the first round. Subsequent rounds are fired single action. In describing the system, Leonardo Sperry of Taurus explained that the newly designed trigger was intended to overcome high stress situations encountered in police and military use. The 24/7 Gen 2 is scheduled for release within the United States during the summer of 2010.

Taurus also discussed the redevelopment of the PT09 SMG. Currently produced in 9mm and .40 S&W variants, the newly designed system will feature a lower cyclic rate. The current PT09 SMG features a cyclic rate of 1,200 rounds per minute. The redesigned PT09 Gen 2 will have a lower cyclic rate of approximately 650 rounds per minute, and will reportedly feature increased use of Mil-Std 1913 Picatinny rails built into the foregrip, a larger cocking handle, and a redesigned collapsible/folding butt stock. The redesigned PT09 SMG will enter production in summer 2010, and is not scheduled for sale within the United States. 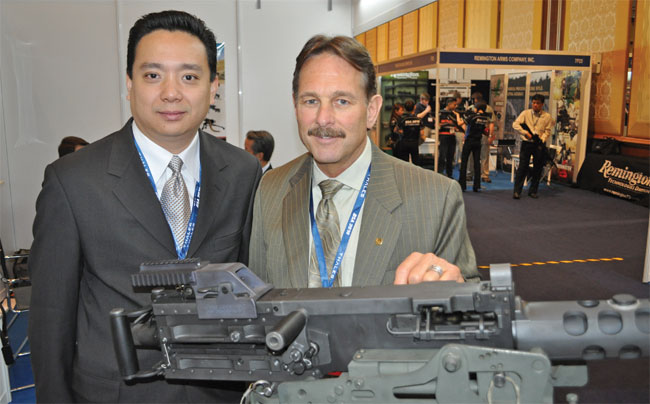 US Ordnance
U.S. Ordnance has been a player in the U.S. arms market for several years, producing the MK 43, an updated version of the venerable M60 general purpose machine gun, and M2 HB machine guns. U.S. Ordnance unveiled their Quick Change Barrel (QCB) system for the M2 HB machine gun. The QCB system is not a new idea – Fabrique Nationale and Saco Defense each attempted a QCB system for the M2 HB.
Unlike the predecessor systems, the U.S. Ordnance QCB system is different in three aspects: First, the U.S. Ordnance system allows the barrel to be changed within seconds, without the need to check headspace and timing. The newly designed system is guaranteed to provide headspace and timing upon installation of the new barrel. Second, the system allows any barrel to be used with any receiver. Prior legacy CQB systems required that a specific barrel be used with a specific receiver. While this may be acceptable in the garrison environment, this limitation is unacceptable in wartime use. Finally, the system allows the use of traditional M2 HB barrels, with the limitation that headspace and timing must be checked and adjusted when using a traditional M2 HB barrel.
Small Arms Defense Journal has scheduled an endurance test on the CQB system; watch for an in-depth review of the system in a future issues. 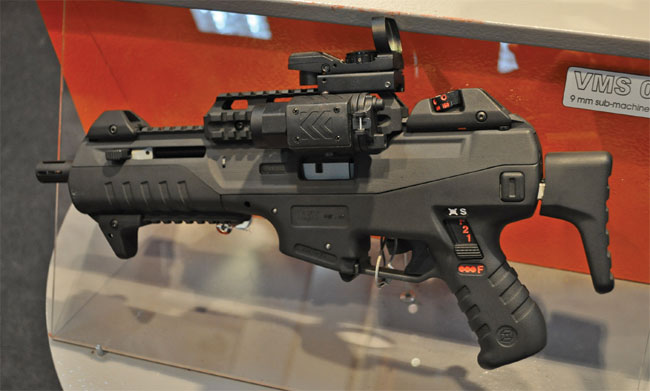 The VMS07 by Technopol International. The 9mm SMG features a 30-round magazine and a 7.6” barrel.

Technopol International VMS 07
Despite the transition to 5.56 weapon systems for use in CQB roles, the 9mm SMG continues to evolve. Many examples of newly designed (and legacy) 9mm SMGs were on display, including the Technopol International VMS07. Hailing from the Slovak Republic, Technopol designed the VMS07 as a compact, ambidextrous 9mm SMG capable of full auto, burst, or semiautomatic fire through the use of a fixed barrel, and partially locked breech system. Complete with integrated Mil-Std 1913 Picatinny rails, the weapon features a 30-round magazine and a 7.6-inch barrel. Cyclic rate of fire was not available.

Ceska Zbrojovka (CZ)
CZ displayed the Skorpion Evo3 A1 9mm SMG as a follow up version to the venerable Skorpion VZ61 machine pistol. Featuring a 7.7-inch barrel, the new Skorpion fires 9mm Parabellum ammunition from a 30-round magazine. Standard features expected of an SMG are all present – semi/semi-burst/auto function, with prolific use of Mil-Std 1913 Picatinny rails, the ability to use iron sights or optical sights, a collapsible butt stock adjustable for length of pull, and a threaded barrel to allow the use of a flash hider or sound suppressor.

The weapon system was ergonomic, with fire controls easy to manipulate. The cyclic rate of fire is reportedly 1,150 rounds per minute. Initial production is scheduled to begin in summer 2010. A man-portable anti-personnel mine system developed by Hanwha of Korea. Deployed by a two-man team, the system can be deployed in less than a minute, will clear an area measuring 50 meters long by 50 centimeters wide, and will destroy anti-personnel land mines and barbed wire barriers.

S&T Daewoo
Like a phoenix rising from the ashes, S&T Daewoo has returned to producing small arms. The history of Daewoo (as an arms manufacturer) is long and storied. Having gone bankrupt in the late 1990s, the assets of the bankrupt company were put up for auction by the Korean bankruptcy court, where the assets were promptly purchased by S&T. Together, the newly formed company is known as S&T Daewoo. Other than the name and legacy products, the only commonality with the old Daewoo is in the name.

Daewoo was known for its K1 and K2 battle rifles, and the K3 belt-fed LMG. S&T Daewoo has continued manufacture of these legacy systems. With a view to the future of small arms design, S&T Daewoo has successfully developed an OICW-type weapon system. Similar to the OICW program that was pursued (and later terminated) within the United States; the Korean K11 system features a 5.56mm battle rifle with an integrated magazine fed 20mm grenade launcher.
Small Arms Defense Journal has arranged to test fire and evaluate the K11 weapon system. Look for a detailed article reviewing the K11 weapon system in a future issue.

DSA 2009 was a great success, and offered a wide glimpse into the international arms market. Hosted on a biennial basis, the next show is scheduled for April 16-19, 2012, in Kuala Lumpur, Malaysia. Additional information regarding the show can be found at www.dsaexhibition.com.