Long time aerospace and defense contractor Alliant Techsystems (NYSE: ATK) is on the move in the non-traditional small arms field.  Non-traditional for US companies, that is.

With ATK’s recent acquisition of Eagle Industries that is expected to put $80 million USD into the sales of the parent company, the award of the $75 million USD foreign small arms ammunition procurement for Afghanistan, and ATK’s rumored involvement in many more non-standard weapon and ammunition ventures, SADJ wanted to bring the readers a better understanding of what is going on here.

Zastava Arms’ NSV Infantry model in 12.7x108mm is a link fed (NSV links are different from the DShKM link) machine gun that was previously relegated to tank mounted role only, and has recently been redefined as an infantry heavy machine gun as well. The buttstock with trigger and FCU system, lightweight tripod, and optics are all geared towards fast transportation and durable use. This is typical of the innovative new products that ATK is working to bring to the Afghan and Iraq forces as part of the new programs they are bidding on. This Model is called the Model 02, a variant of Zastava’s M87 NSV. (Photo by Dan Shea courtesy Zastava Oruzje, Serbia)

Essentially, the current wars in Iraq and Afghanistan presented some logistical nightmares for U.S. and Coalition forces.  The training and arming of indigenous forces, as well as the supply and training of U.S. Forces in non-traditional weapons systems has been difficult – primarily due to the attrition of individuals with the institutionalized knowledge of these systems leaving the U.S. Military and Intelligence services over the last several decades.  This left a void in the knowledge pool, and as the U.S. Government geared up to procure these non-standard items they had to rely on unusual channels to find the required weapons and ammunition.

What followed were some successful years of procurement through reliable international arms suppliers and factories, and then a number of high profile and very embarrassing incidents culminating in the fairly recent AEY debacle, where hundreds of millions of dollars in foreign weapons contracts ended in a terrible mess for all involved.

Reasonable contractors were shocked to see contracts awarded that were so far underbid that it was obvious something was wrong with the picture.  As the situation unraveled, soldiers on the battlefield suffered because of this profiteering and supply of substandard or flat out illegal weapons and ammunition. 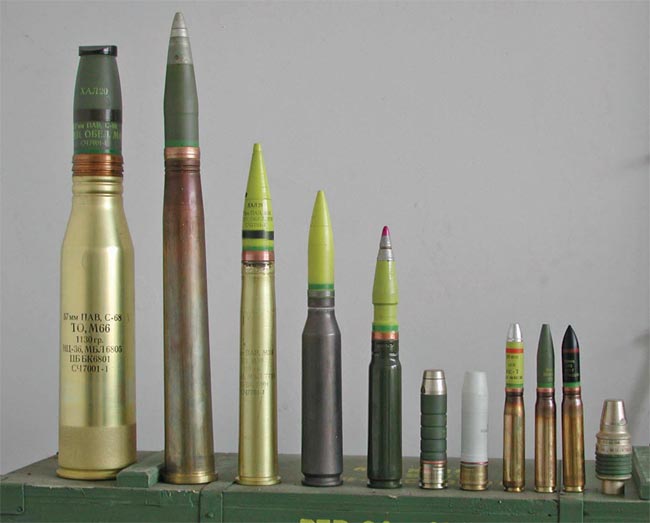 Investigations abounded, and legitimate suppliers were vetted out to ensure these problems never occurred again.  If someone opened a history book, they would understand this is not the first time that sentence has been written.

Under the ensuing oversight, the U.S. Government has entered a new phase of searching for ethical, viable, and reliable contractors who can supply these unusual needs.  Clearly, multi-hundred million dollar contracts require a significant infrastructure and knowledge of not only the products needed, but the methodology of government paperwork and “How it works.”

Enter ATK
Karen Davies, General Manager of ATK’s Small Caliber Systems programs, has committed a full set of resources and the focus necessary to bring the strength of ATK’s decades of experience in controlling programs like this.  Echoing the government’s request, she told us that, “ATK hopes to fulfill the very role that the government needs; an ethical, reliable and very stable contracting company that can follow through on the needs of troops and our allies in their need for weapon systems.”

SADJ will be visiting the Lake City Ammunition Plant in the near future for a site review to bring information to our readers on the updated facility and programs there.  In the meantime, we will be covering the non-traditional ammunition program as it moves forward.

ATK is a premier aerospace and defense company with more than 17,000 employees in 21 states and approximately $4.6 billion in revenue.  News and information can be found on the Internet at www.atk.com.

by Dan Shea on 18 August, 2011.
Tags: 2009, Dan Shea, V1N3, Volume 1
← In Memoriam: Norman E. Justice
The Argyll and Sutherland Highlanders: The Royal Regiment of Scotland →
Distributed at trade shows worldwide, Small Arms Defense Journal is a bimonthly publication that focuses on small arms, accessories, gear for the soldier, new products, industry news, and defense trade shows. The first issue of SADJ was Spring 2009, which launched at the LAAD show in Rio de Janeiro, Brazil. SADJ (pronounced “sage”) is targeted toward military, law enforcement, and defense industry professionals. Our job is to reach these groups and tailor content to their interests while producing a publication that is applicable to an international audience.