June 21, 2019, in the Swiss Alps outside of Montreux: “Smoke on the Water” playing on the radio as we drove around hundreds of mountain curves, some at 320 degrees, uphill, downhill and finally to the destination on a remote Swiss military range where a 1600 meters target could be engaged. None of us, however, was planning on shooting at over 600 meters, but the range was beautiful nonetheless. RUAG, the Swiss company that owns many international divisions in munitions, had decided to push further into the U.S. (and world) tactical and precision shooting markets, using their well-established Swiss P ammunition program, and we were to test six of the .308 (7.62x51mm) offerings.

“Like a Swiss watch” is a common saying used to discuss a product of admirable reliability and quality. That’s for a reason: The Swiss have a reputation for meticulously made products and for machinery that is the most modern and reliable. Swiss P ammunition is a product of RUAG Ammotech AG, and, of course, the “P” stands for “Precision.” After shooting it, this author was thinking “P” for “Perfection.” 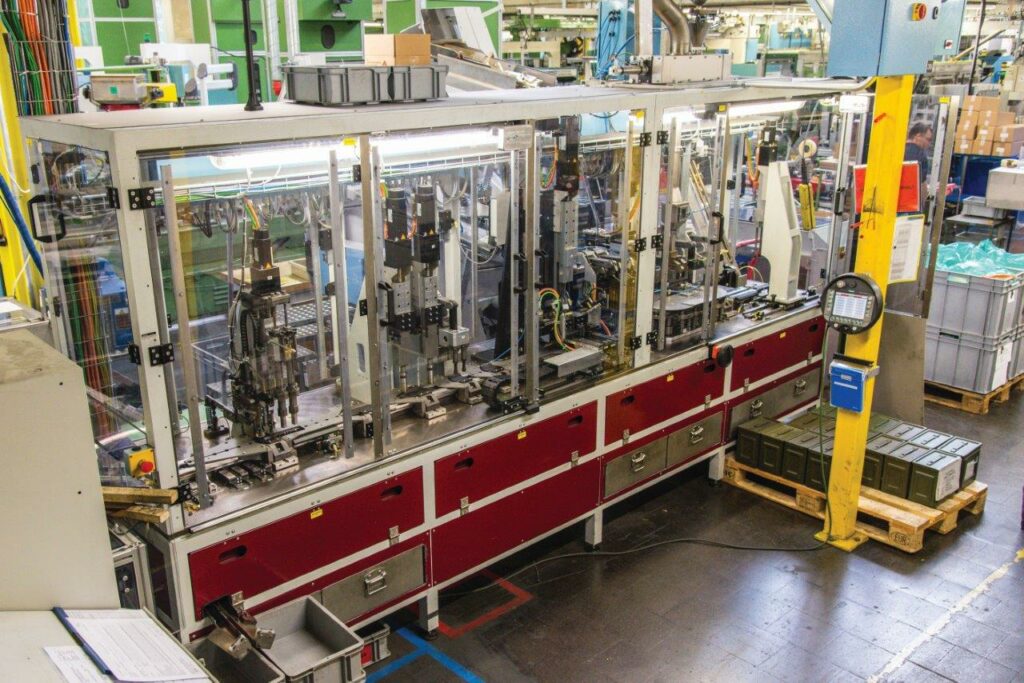 We went for a factory tour in Thun, Switzerland, where RUAG manufactures the ammunition. They are true manufacturers, not just assemblers of components. Starting with intense quality assurance inspection of any raw materials, rolls of brass and copper sheeting go into one end of the production lines, disks are stamped, made into cups, extruded and pickled, extruded, formed, trimmed and pickled again, primer pockets made, necks annealed, and the bullets are made on parallel lines. This allows RUAG’s quality control engineers to control every aspect of the process to ensure as near to perfect repeatability in each component. Final assembly is done with very reliable high-grade primers and temperature stable powder brought from other sections of the building to the assembly machines. There are state-of-the-art inspection stations that search for flaws and if any appear, knock any errant product from the line. After that, the product undergoes visual inspection and packaging as well as testing of selected lots.

That repeatable perfection in every component and dismissal of any imperfection is what it takes to make truly accurate ammunition. Anyone who has seen slow-motion photography of a bullet uncorking from a rifle muzzle knows how crazy it looks and automatically question how the rifle can even hit close to the same place with subsequent rounds. It’s all about repeatable events. In order to achieve true accuracy, you need a good, solid bedded rifle; every action should be identical for the interior ballistics of that rifle, correct lands and grooves as well as barrel length. Uncorking should be from a perfect chamfered exit, the platform firing it should be stable (that platform is the shooter, who also needs skills), and of course the ammunition must be homogenous to an incredible degree. The targets we fired in this case, speak for themselves. 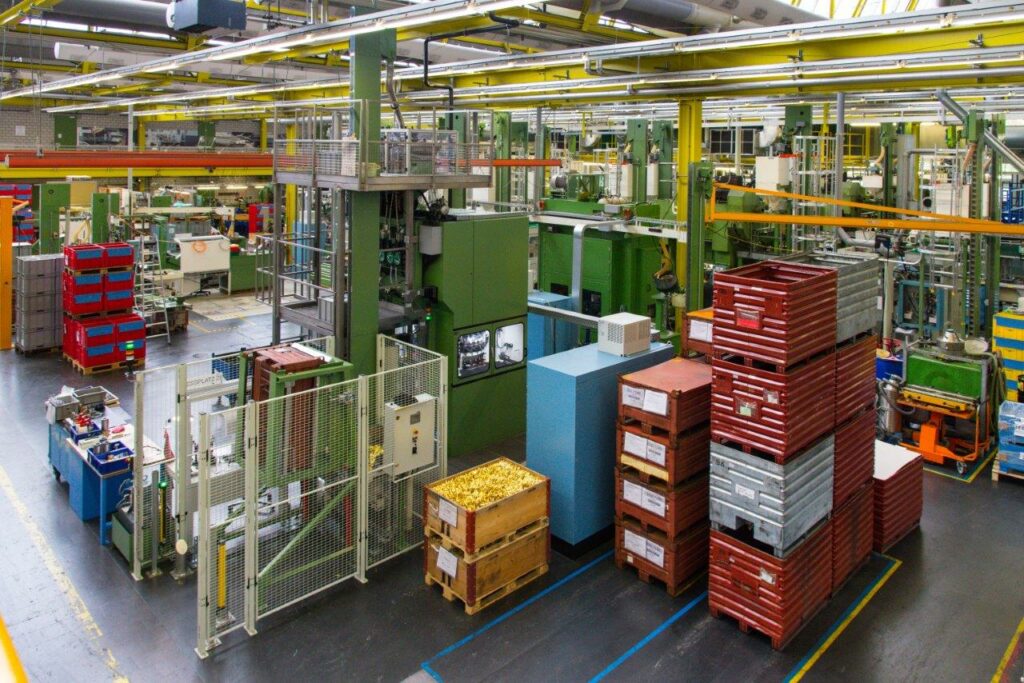 There are common threads between the offerings in each caliber from Swiss P (RUAG). In the case at hand, we were testing 7.62x51mm (.308 NATO) rounds. 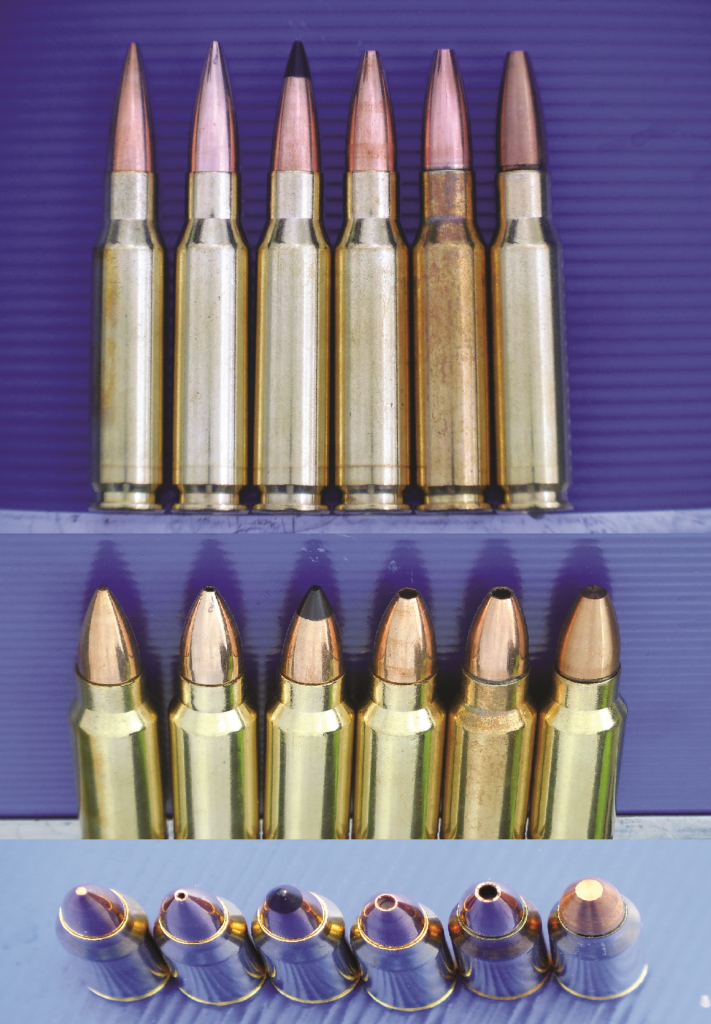 Some of the features include:

SPECIFICATIONS FOR THE ROUNDS TESTED

The selection of rifles and optics RUAG brought to the range matched the expected quality of the Swiss P ammunition: 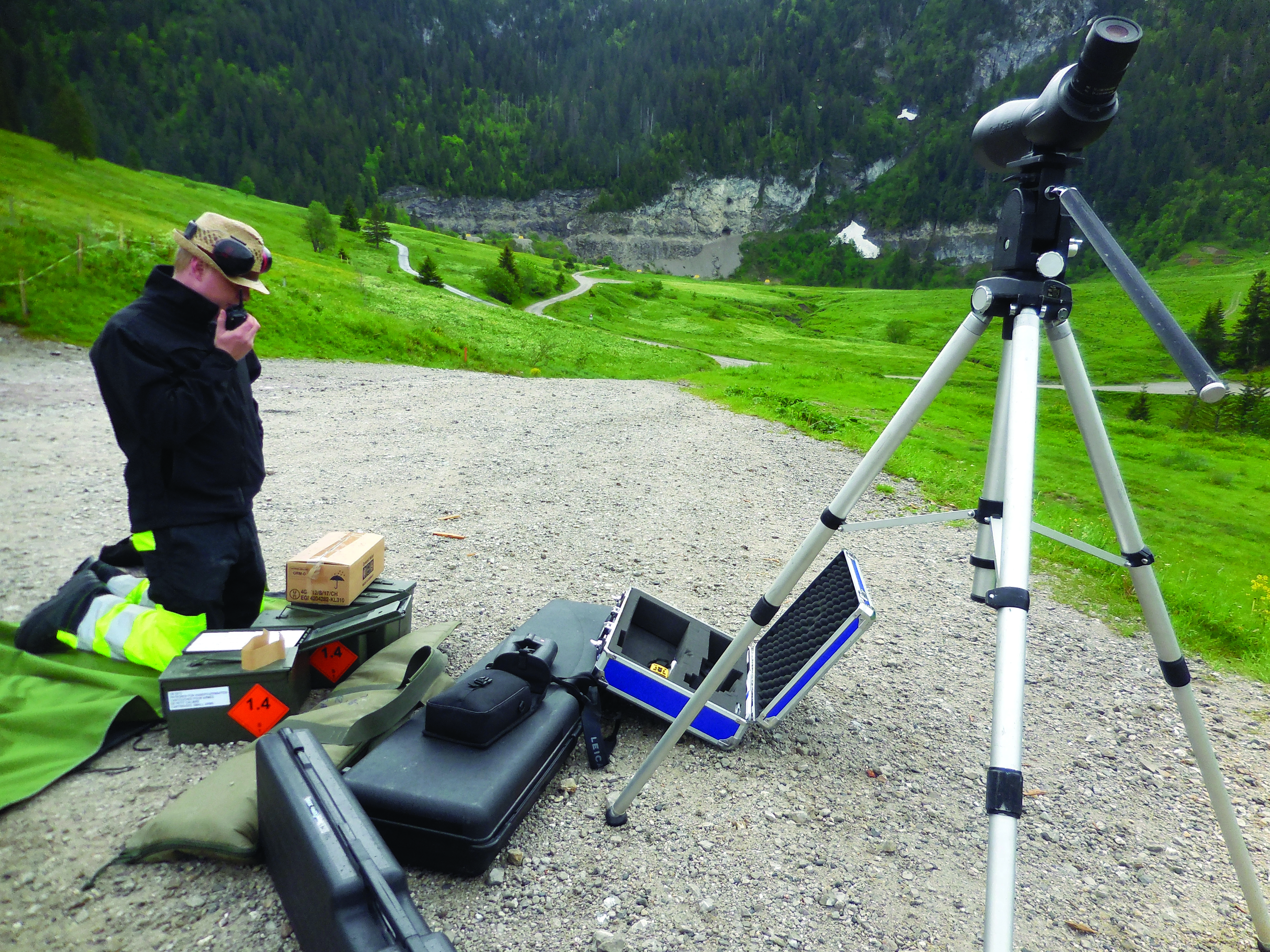 Setting up at 600m with the Truvelo CSM 7.62 rifle and Swiss P ammunition in standard packaging.

We fired three rounds of each type of ammunition, at each of 600m, 300m and 100m targets. RUAG engineer Michael Muster was the shooter at 600m from the bipod supported prone, and he chose the Truvelo CMS 7.62 with a Kahles K624i to start with. After each type of ammunition was fired, the hits were circled with coded shapes. His groups at 600m varied from 1 MOA to 1.5 MOA, a very respectable showing. On inspection of the primers, there was a bit of backflow, which was clearly an issue with this particular CMS rifle. 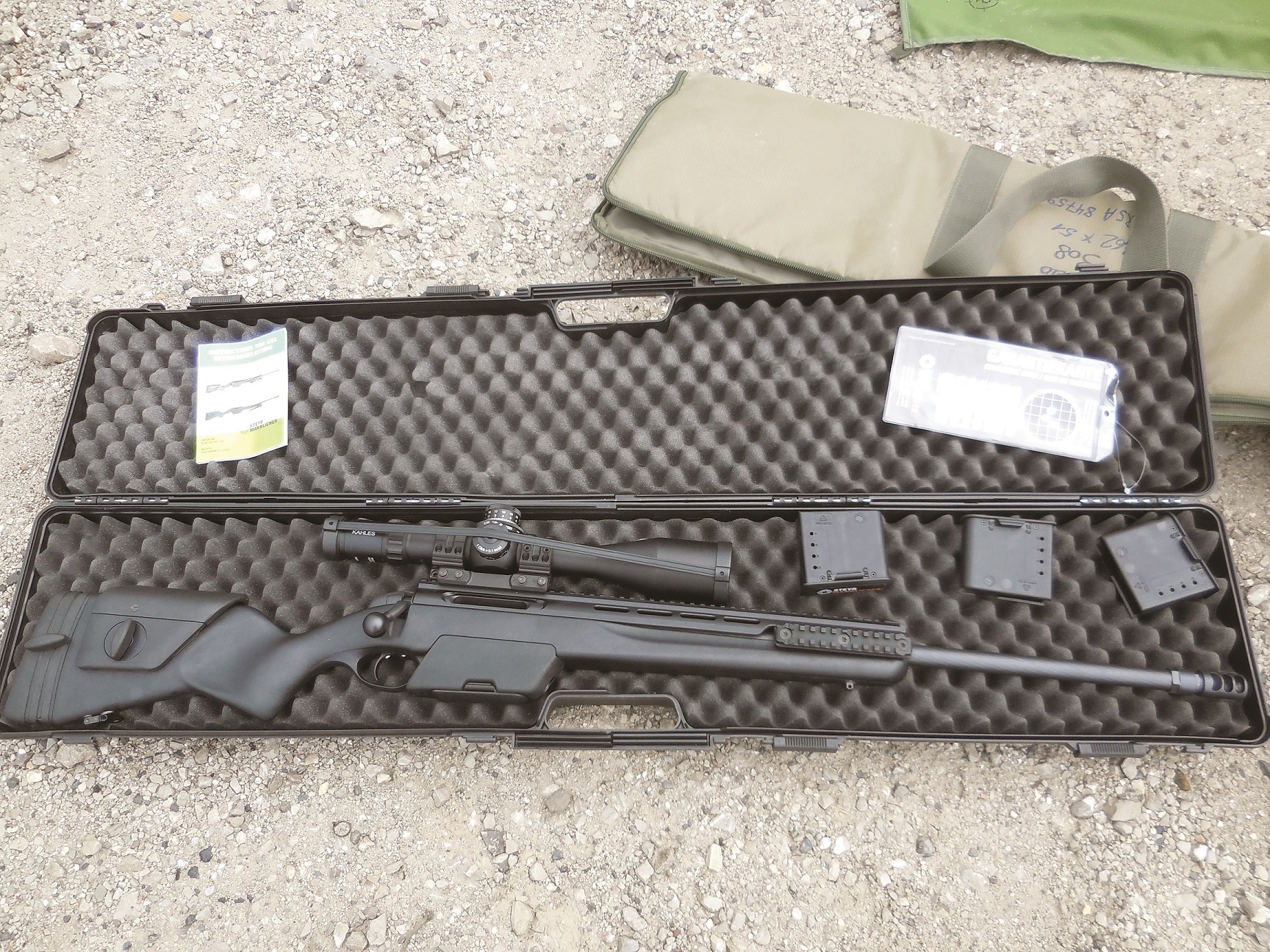 We then moved to 300m, and this author chose the Steyr SSG 04 with a Kahles K624i scope. I have fired Truvelos extensively, as well as the Blaser (both excellent rifles), and wanted to try the SSG 04. Each of the groups was within 1 MOA, with occasional floaters due to operator error—I was firing over a truck hood. The most amazing group was with the Swiss P Armour Piercing. It was well under .5 MOA, and the AP had lived up to its reputation as one of the most accurate rounds they make. 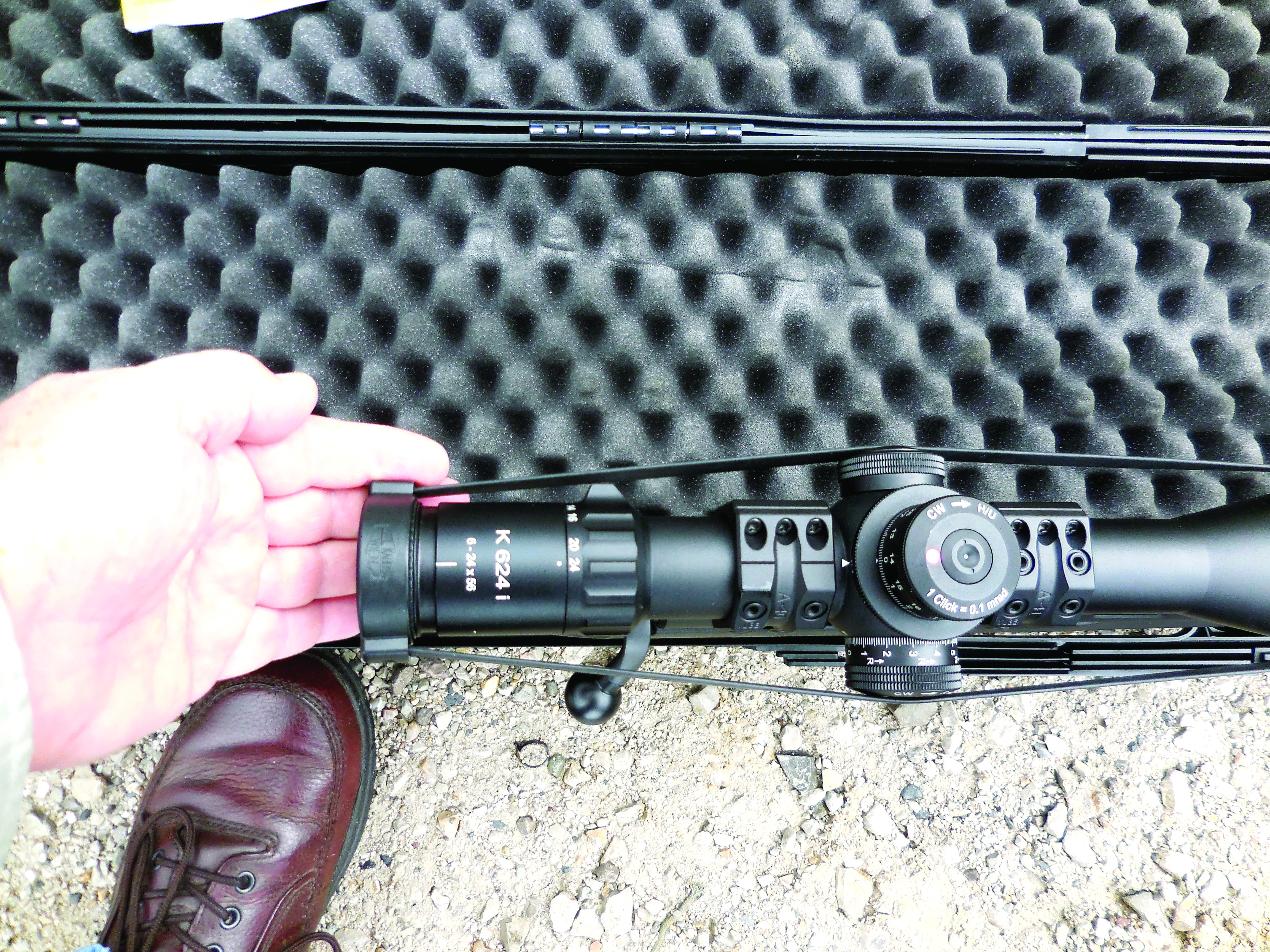 A storm was coming in very quickly, so we moved to 100m, and I fired three rounds over the truck hood, grouping under 1 MOA. We then quickly loaded up and got out of there before the storm hit. 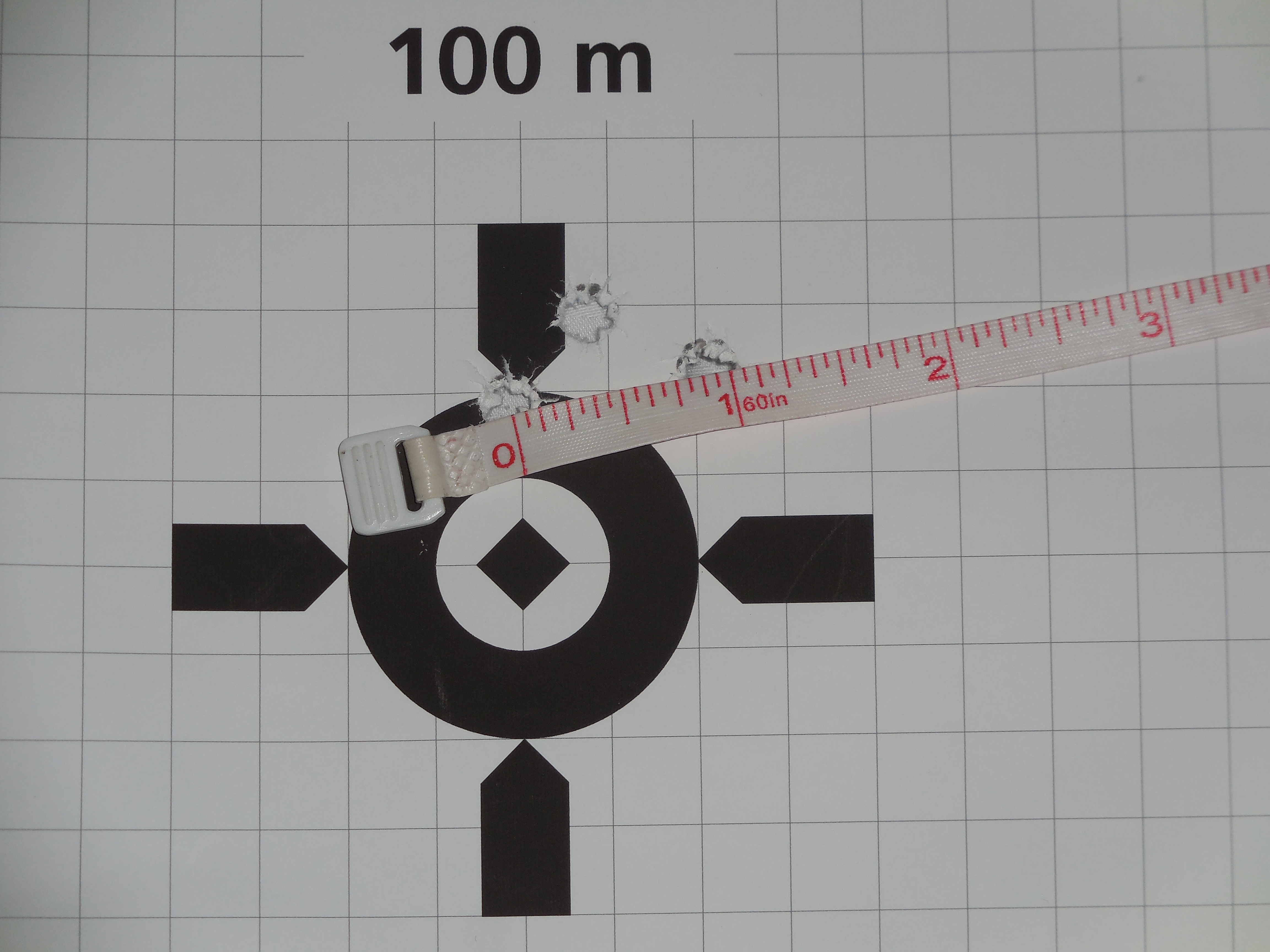 A serious storm was coming in, and we still had to shoot at 100m so we just did one group with Swiss P Ball. Shooter is Dan Shea, with a Steyr SSG 04 with Kahles K624i optic; rest is a car hood. Group is .875 inch; even rushing to get out of the range area, the Swiss P Ball was capable of grouping Sub-Minute of Angle.

RUAG Ammotec’s precision ammunition is everything they claim it is, and it is everything an accurate shooter or sniper could want. Explaining the nuances of firing different ammunition, slight changes in felt recoil and so on are pretty pointless and very subjective. Different rifles can be quantified, different calibers can be explained, but within a caliber range, unless there is a massive difference in powder loads or projectile weights, they’re the same. What matters is shot placement, repeatability and terminal performance. The terminal ballistics are explained by RUAG technicians and were not what we were testing. 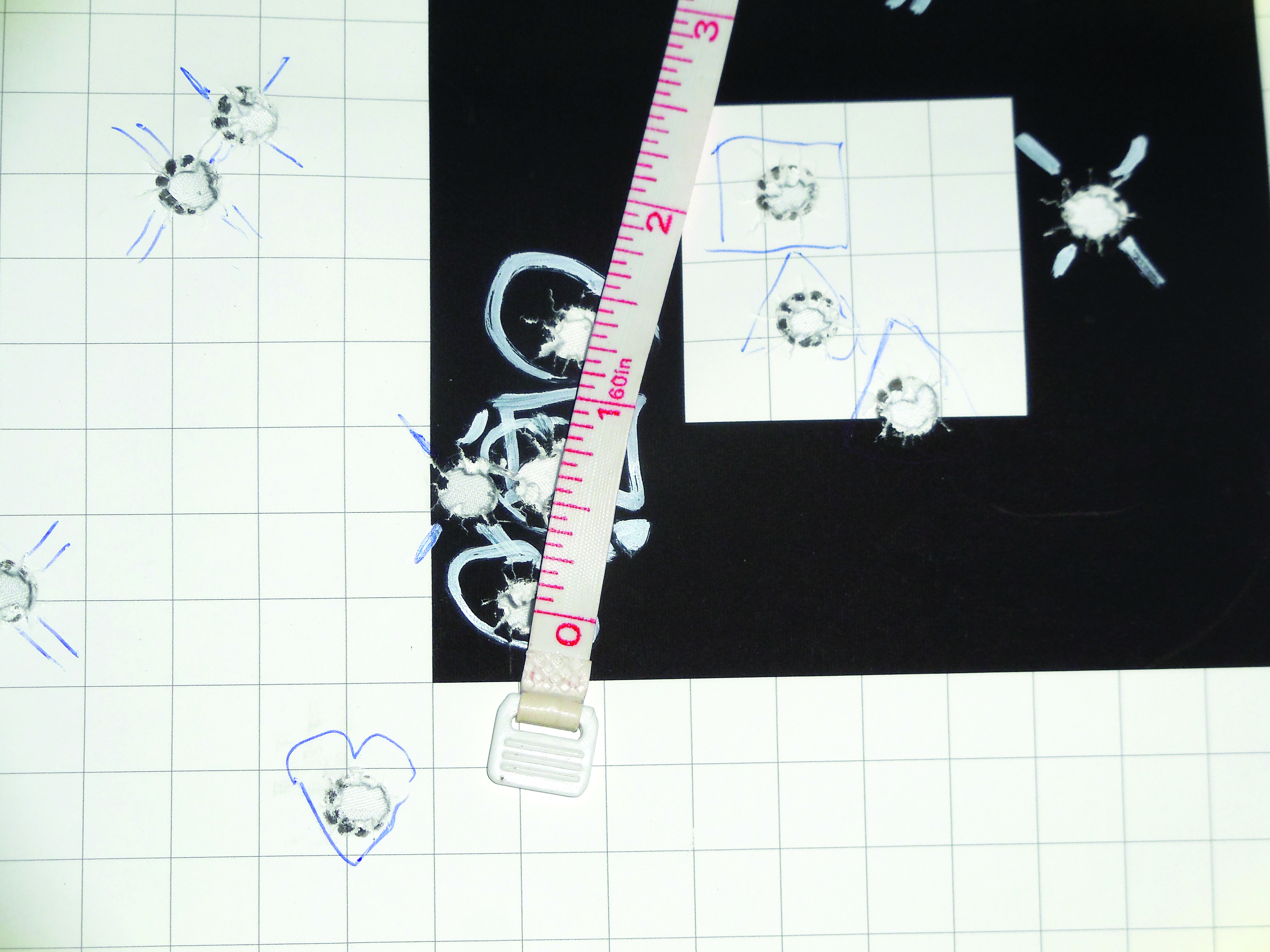 The 300m target. Shooter: Dan Shea. Rifle: Steyr SSG 04 with Kahles K624i optic. Rest: Car hood. After each three-round set, the bullet strike positions were marked with the symbols shown. The three circled holes were from the Swiss P Armour Piercing, with a group of 1.3125 inches. At 300 yards), 1 MOA is a 3-inch group at the farthest centers. This means this Swiss P Armour Piercing group is 0.4375 MOA group, sub-half minute of angle. RUAG shooters said it was the most accurate round, and this certainly proved out. Most of the other rounds were 1 MOA or better.

This author can attest to the accuracy throughout the 7.62mm NATO Swiss P offerings; these rounds were taken from unopened cases and were clearly standard production. The consistency was outstanding. I suspect that well-trained snipers could drive any of these rounds at sub-.5 MOA on demand.