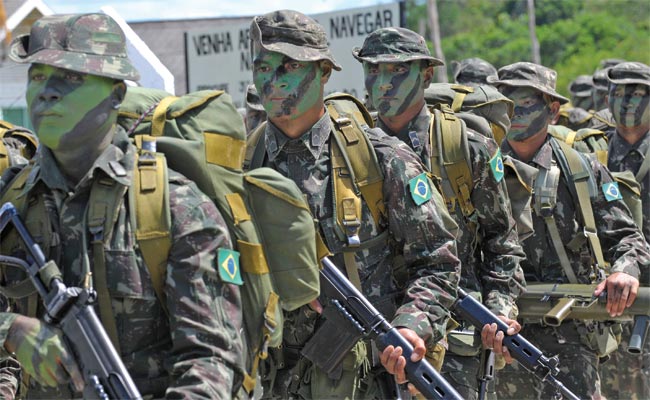 Olson, the first US Navy SEAL with the honor of leading USSOCOM, the world’s largest and most diversely capable assembly of counter-terror operatives, knows what he’s talking about.

Delivering the keynote address on the first of three days of the National Defense Industrial Association’s yearly February gathering of key government, military and private sector attendees, the combat-seasoned Admiral commanded the attention of several hundred high level attendees in Washington, DC’s stately Marriot Wardman Park Hotel with a tough and pragmatic look at the realities of what has come to be known as “Persistent Conflict.”

Left unspoken but understood by most in the audience are the underlying reasons behind recent disfavor of the term Global War On Terror and its decidedly bland replacement in official jargon, underscoring the likelihood of years and perhaps decades of struggle ahead.

While strongly affirming the continuing necessity for immediate “kinetic” solutions to specific challenges best met with direct action to kill or capture, Olson emphasized the long-term payoffs from “soft power that brings real and tangible value….”

As a result, America’s top Special Operator explained, a substantial percentage of USSOCOM’s 63,000 personnel are deployed to as many as 70 countries for a variety of missions including augmenting local military training, providing medical aid and humanitarian support.  “They’re building long-term relationships…in every region in the world and we need them there for a long time.”

Boeing’s A160T HUMMINGBIRD unmanned rotorcraft, developed in cooperation with Defense Advanced Research Project Agency (DARPA), is under evaluation by USSOCOM for both video reconnaissance and armed strike missions with pylon mounted Hellfire missiles. About 35 feet from nose to tail, the 2,500 pound airframe can carry 2,500 pounds of fuel plus a payload 1,500 pounds. Endurance is said to be 18 + hours and its top speed is in excess of 190 mph. www.boeing.com (Boeing Media)

Devil in the Details
Seven panel discussions followed, reinforcing Olson’s observations on the harsh realities of long-term commitment to a wide spectrum approach for strengthening the ability of cooperating nations to combat destabilization from insurgencies, terrorism, narcotics smuggling and other criminal activities.

Leading off the first panel, “Regional Views,” was the Operations Officer for SOCCENT (Special Operations Command Central), an area notable for a combined population of 650 million under heavy Islamic influence of which 40 percent make up the prime military demographic of males ages 15 to 29.

Although this is the best known theater of operations given the prominence of ongoing conflict in Iraq and Afghanistan, Lt. Colonel Chuck Miller, Jr. surprised few with the assertion that Pakistan, strategically vital for many reasons including its importance as a major land route for resupply to Coalition operations in Afghanistan, is “the world’s most dangerous place.”

Miller cited a combination of factors including Pakistan’s nuclear-capable, military-dominated Islamic government that has little power in the Swat Valley and other vast and rugged provinces bordering Afghanistan.  There, impoverished people with strong tribal loyalties provide safe havens for a variety of militants with decidedly anti-Western sentiments.

Special Operations forces are taking an “enduring approach, paced out over time,” Miller said, in training and equipping the Pakistani Army for counterinsurgency. 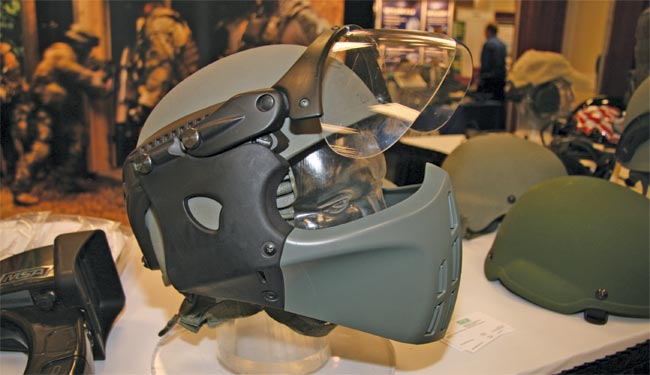 The SOC Pacific perspective came from Lieutenant Colonel Brian Petit, 2nd Battalion commander in the Army’s 1st Special Forces Group.  The Green Beret officer cited evidence of strong Red Chinese efforts to increase influence throughout the Asia-Pacific Rim, an enormous operational area containing more than 60 percent of the world’s population.  He also noted positive developments arising from special operations assistance in a variety of forms to the Philippine government and military in the perennial struggle against Moro separatists and newer Islamic-influenced insurgencies.

Simmering conflicts in Central and South America don’t have the prominence of those in hot spots elsewhere.  While speaking favorably of relationships with Brazil, Argentina and Chile in efforts to combat a range of organized criminal activities and official corruption, SOC South’s J3 (Operations Officer), Navy Commander Victor Hyder, revealed some troubling signs in Paraguay.  Noting the disturbing presence of Lebanese operatives from the notorious Hezbollah and Hamas organizations, he believes that “all the networks a terrorist organization could use are in place in the region.”

Meanwhile over in Europe, NATO is standing up its new Special Operations Forces Coordination Center.  French Navy Captain Bruno Julien de Zelicourt, SOFCC J3, noted its recent transition to an operational focus in Afghanistan.  Looking ahead to the next decade, he detailed a list of global security risks including increased extremism and terrorism, nuclear proliferation, cyber war, plus the growing power and influence of overtly criminal organizations.

SADJ sees this as a particularly interesting development in light of steady progress with Boeing’s game-changing Advanced Tactical Laser for gunship applications, a program set in motion several years ago with an eye to replacing AFSOC’s fleet of aging C-130 flying firebases.

The session closed with a provocative paper on Lockheed Martin’s extensive experimentation with collection, processing and dissemination of practical intelligence derived from networked UxVs (land, sea and air robots).  We highly recommend Dr. Miles Libby’s paper, “Special Reconnaissance/Unconventional Warfare – How about an UxV for a Teammate?” available in its complete form with text and illustrations at the DTIC website noted above.

February 2009, SOLIC, Washington, DC. Lockheed Martin’s SMSS (Squad Mission Support System) is both a “smart” robot and a human-driven tactical platform. This 4,000 pound all-terrain six wheeler can be configured as a supply and support vehicle as seen here or weaponized for armed recon. www.lmco.com (Robert Bruce)

Operational Realities
Navy Captain Tom Brown, Commander of Naval Special Warfare Group One, was the first presenter on Panel Three, “Views from the Practitioners,” adding to the impact of Libby’s observations by citing the favorable cost to benefit ratio of the Scan Eagle recon fixed wing.  Originally developed to spot large schools of tuna for commercial fishing operations, Brown called it a “poor man’s Predator.”  He also noted with favor the plans to upgrade combatant craft capabilities with new medium and heavy boats that are stealthier and have greater endurance.

Subsequent panels examined more esoteric aspects of Special Operations including the Human Dimension, Strategies, Training and Education, as well as Interagency Perspectives: this last one featuring representatives from Director of National Intelligence, Project on National Security Reform, and the State Department.

Target America
Those who stuck with the program to the very end got a special reward from retired General Barry McCaffrey, who is now free to speak the truth as he sees it.  His address combined geopolitical realities with informed speculation, revealing certain things that may be officially denied but tacitly affirmed.

While there should be little argument with McCaffrey’s assertion that the growing number of nations with weapons of mass destruction, along with the spread of WMD technology, remains the principal threat to the American people, it’s hard to understand his apparent belief that global animosity toward the US will appreciably lessen under the Obama administration.

More controversial statements followed, particularly in a pair of bullet-point slides headed “Looking Toward the Future.”  Among their provocative predictions: Russian hostility toward the US will grow, North Korea will implode and Iran will go nuclear, forging an alliance with Sunni Arabs to further destabilize the region. 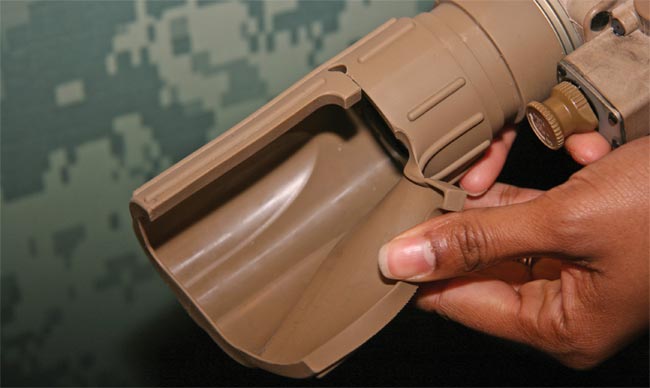 The former commander of US Southern Command also foresees confrontation closer at home with a politically and financially destabilized Venezuela and that Cuba’s totalitarian regime will lose its grip after Castro dies, unleashing a flood of a quarter-million refugees on the US.  And right on our southern border, he cites a “desperate” situation caused by Mexico’s violent criminal drug cartels in Mexico.

Last but not least came the chilling prediction that “terrorists will strike at America during the (Obama) administration’s first term.”

Exhibit Hall
Because this event strongly favors the interests of senior military leaders, a large percentage of the sixty exhibitors are major players in the defense establishment.  Their often elaborate displays usually feature high end items recently adopted and fielded or those that are moving through the procurement bureaucracy.  Extra interest accrues to the proponents of goods and services favorably mentioned by speakers in the symposium.

Gun Guys
While there was plenty more to see that represents a wide spectrum of things applicable to worldwide special operations, SADJ’s interest is primarily with individual and crew-served weaponry.  So our first stop was at NAVSEA Crane’s Special Missions Center (SMC) display booth to catch up on the latest developments in ammo, arms, and accessories.

SMC supports the Department of Defense joint capability areas of Special Operations, Irregular Warfare and Maritime/Littoral/Expeditionary Operations.  They’re the go-to source for elite warfighters including SEALs and Special Warfare Combatant Craft Crewmen.  Kevin Banker, a Senior Engineering Tech, was holding down the fort and he proved most helpful in our quest.

Banker walked us through specifics on the three representative weapons on display starting with the 5.56mm MK 16 Mod 0 (FN’s Special Operations Forces Combat Assault Rifle-Light), the newest member of the NAVSPECWAR family.  SCAR-L was the first to be deployed in a family of modular weapons from FN that now includes a 7.62mm version and an innovative clamp-on 40mm grenade launcher.