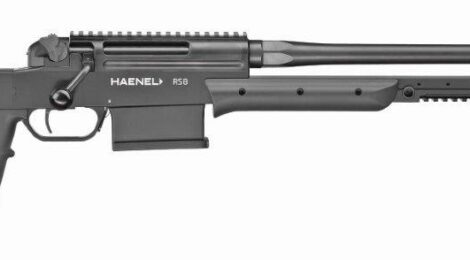 The traditional Suhl company, Haenel, has created a sniper rifle system for police and special forces use.  The RS8 (Rifle System) is a bolt-action rifle that, according to the manufacturer, sets new standards in ergonomics and modularity.  With the first, the rifle can be adapted to the marksman, with the second attribute it can be adapted to the situation in which it is to be used.   Designed as a system from the start, the RS8 is a state-of-the-art rifle using the best available materials and production technologies.  The rifle was developed together with experienced weapon designers and people with practical police experience.

Many Interfaces and Fittings
A large number of fittings, based on Picatinny rails, allow the system to be expanded with standard accessories such as the Parker-Hale or Harris bipods.  The system has been optimized for Zeiss/Hensold telescopic sights and night-sights and can be delivered fully calibrated for these components.  The rifle system is, however, compatible with all precision sights.

Suhl Arms Alliance
C. G. Haenel produces as part of the Suhl Arms Alliance, a group of industrial and small gunsmith companies in the Suhl region.  Through this alliance it has the ability to use cold hammered barrel and CNC technologies.  The production processes meet the industrial standard ISO 9001 and NATO Standards.   Through the use of CAD technology, a completely new precise trigger unit was constructed.  Free pull, resistance, position and trigger resistance (8 to 20 N) are all freely adjustable for every marksman’s requirements.   In addition to its quality management system and logistic and service ability, C.G. Haenel will be offering buyers in the police and military areas a comprehensive documentation and service package.

A Brand Steeped in Tradition
In the 20th Century, C.G. Haenel was known as an innovative automatic weapon producer – known through brothers Hugo and Hans Schmeisser, weapon designer and senior managers.  During the GDR years, the company was integrated into the industrial conglomerate Thälmann-Werk and produced air guns and small caliber sporting weapons.  The RS8 System was developed in 2008 and Haenel goes to great lengths to point out that this is not a sport variant of a sport or hunting rifle, but is a special development designed for a specific market.  However, a sporting rifle variant is in planning. 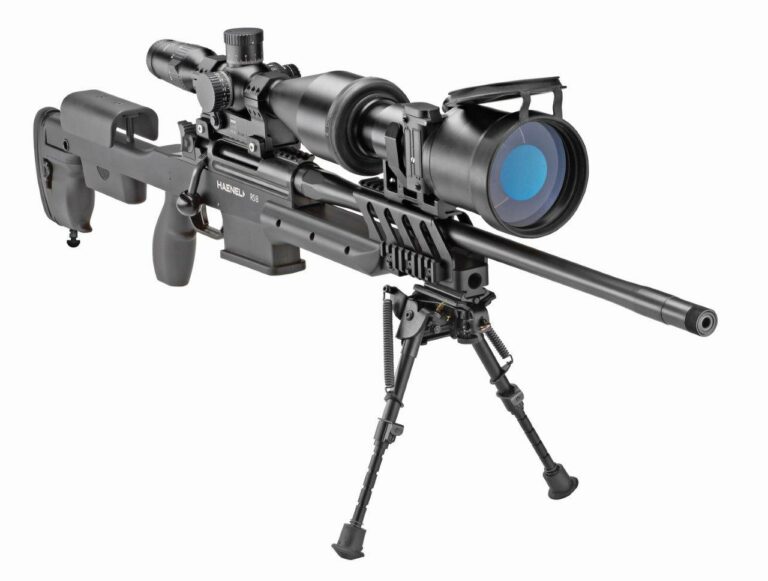 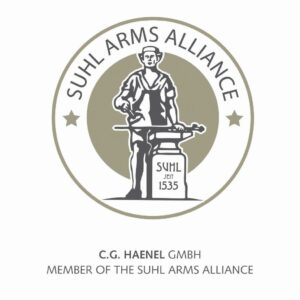 by SADJ staff on 10 August, 2011.
Tags: 2009, RS8 Sniper Rifle, V1N1, Volume 1
← New “Slim Rail” Handguards – DoubleStar Corp.
Industry News: Volume 1, Number 2 →
Distributed at trade shows worldwide, Small Arms Defense Journal is a bimonthly publication that focuses on small arms, accessories, gear for the soldier, new products, industry news, and defense trade shows. The first issue of SADJ was Spring 2009, which launched at the LAAD show in Rio de Janeiro, Brazil. SADJ (pronounced “sage”) is targeted toward military, law enforcement, and defense industry professionals. Our job is to reach these groups and tailor content to their interests while producing a publication that is applicable to an international audience.