One of the most prominent and prolific military bullpup-style rifles in history reaches its 10th anniversary in the field in 2016. SADJ wants to acknowledge this landmark.

The bullpup concept has its roots in the early 20th century and by the 1950s several countries were trying to utilize the style, most notably the British with the EM-1 and EM-2 programs.

A “bullpup” style rifle means that the magazine feed and action have been moved to behind the pistol grip/trigger group, allowing a long barrel in a shorter package. The results in combat were quite evident at longer ranges when the U.S. M4A1 rifle with its 14.5-inch barrel had terminal issues, and the British SA80A2 that is the same overall length with a full 20-inch barrel, did not. For the British, the 1950s EM concepts had evolved into the 1970s 4.85mm “IW,” and then the modern SA80 series in service today. The Steyr AUG is another system that deserves mention, as does the French FAMAS F1
(nearing replacement). 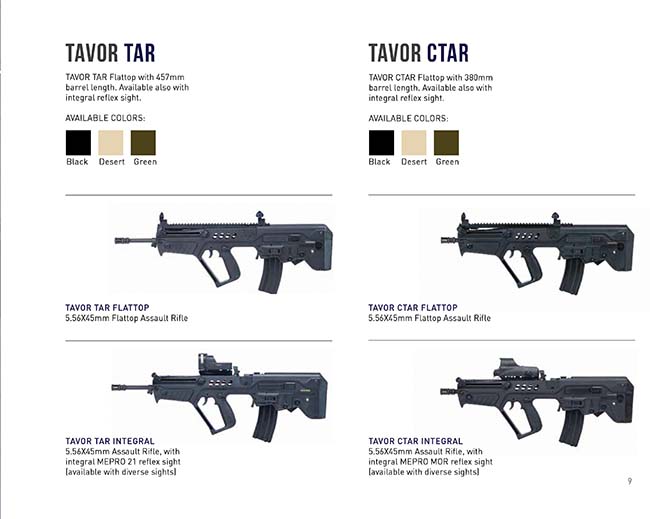 Combat operations have been a constant way of life for the Israeli Tavor since the day it was fielded. Tavor TAR and CTAR rifles are on patrol around the clock in Israel and the border areas, and have participated in many firefights. The MTAR (Micro-Tavor) is quite popular and now a variation is marketed in multiple calibers as the X-95. 5.56x45mm, 5.45x39mm, 9x19mm and possibly the 7.62x51mm rounds are in the X-95. The Tavor platform has an international appeal as well.

The Tavor development program started in 1995 at Israeli Military Industries (now IWI) using a long stroke piston system like the Galil rifle, the AK47, and the Garand. This system is very reliable under almost any conditions, from sand to mud to surf. Tavor is ambidextrous in its controls, robust and well-made, lightweight, and perhaps most importantly, has excellent balance. The first reaction many have to the bullpup rifles is that they feel back heavy, and it is disconcerting to the operator used to a full length rifle. Tavor was designed to fit the operator very well, and the natural holds employed remove that feeling of unbalance. Training removes any remaining issues in that regard.

After a series of trials, the Tavor series was adopted by the IDF in 2006, thus, the 10th anniversary in use is upon us. Tavor is supposed to completely replace the M16 series in Israeli service by 2018. In use in over 24 countries at present, and featured in many Special Forces units around the world, the Tavor has come into its own. 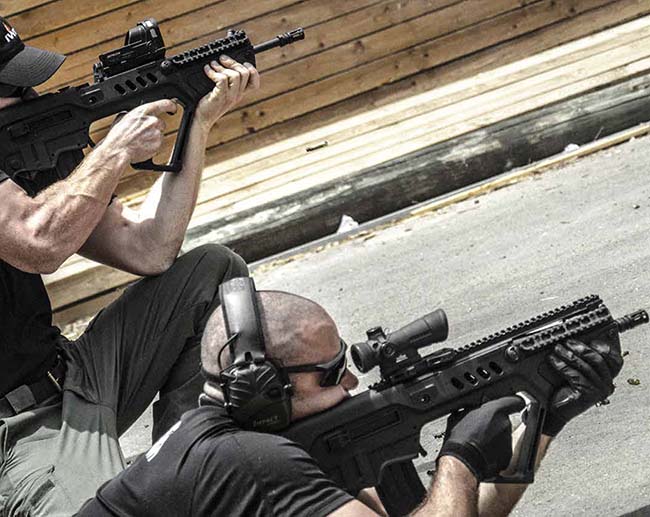 SADJ wishes IWI and their flagship rifle all the best and a happy 10th anniversary.