Browse: Home   /   Spirit of the Bayonet: Bayonet Charge in Basra 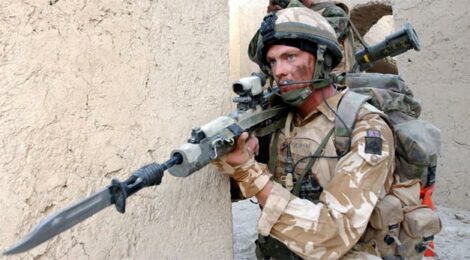 Spirit of the Bayonet: Bayonet Charge in Basra

Following is a brief case study on the tactical success of a bayonet charge in Basra, Iraq in May, 2004 by British soldiers.  It was written by Edwin Halpain and Justin Walker at the Urban Warfare Analysis Center and released on January 27, 2009.

We should all stand and cheer our British comrades.  When the odds were against them, they prevailed due to training in, and execution of, the Spirit of the Bayonet.

For those of you unfamiliar, let there be no ambiguity: The Spirit of the Bayonet is to kill.

Bayonets in Basra – A Case Study on the Effects of Irregular Warfare
This report is a brief case study on the tactical success of a bayonet charge in Basra, Iraq in May 2004 by British soldiers.  As a case study, the findings are not intended to automatically apply to other situations in different locations.  Nonetheless, this incident marks a helpful contribution to the larger study of irregular warfare.  The research is based on open source reporting combined with collaborative discussions about the incident by military, social science, and technology analysts at the Urban Warfare Analysis Center (UWAC).  Interviews with the actual participants in the battle would be a logical next step to better understand the dynamics and significance of this event.

Executive Summary
In May 2004, approximately 20 British troops in Basra were ambushed and forced out of their vehicles by about 100 Shiite militia fighters.  When ammunition ran low, the British troops fixed bayonets and charged the enemy.  About 20 militiamen were killed in the assault without any British deaths.

The bayonet charge appeared to succeed for three main reasons.  First, the attack was the first of its kind in that region and captured the element of surprise.  Second, enemy fighters probably believed jihadist propaganda stating that coalition troops were cowards unwilling to fight in close combat, further enhancing the element of surprise.  Third, the strict discipline of the British troops overwhelmed the ability of the militia fighters to organize a cohesive counteraction.

Aerial view of Amarah and Route 6.

The effects of this tactical action in Basra are not immediately applicable elsewhere, but an important dominant theme emerges regarding the need to avoid predictable patterns of behavior within restrictive rules of engagement.  Commanders should keep adversaries off balance with creative feints and occasional shows of force lest they surrender the initiative to the enemy.

Overview of Bayonet Charge
On 21 May 2004, Mahdi militiamen engaged a convoy consisting of approximately 20 British troops from the Argyll and Sutherland Highlanders 55 miles north of Basra.  A squad from the Princess of Wales regiment came to their assistance.  What started as an attack on a passing convoy ended with at least 28 militiamen dead and just three British troops wounded.  The militiamen engaged a force that had restrictive rules of engagement prior to the incident that prevented them from returning fire.  What ensued was an example of irregular warfare by coalition troops that achieved a tactical victory over a numerically superior foe with considerable firepower.

Atmosphere Preceding the Attack
After a period of relative calm, attacks escalated after coalition forces attempted to arrest Shiite cleric Muqtada al-Sadr.  British soldiers in southern Iraq said they were “stunned” by the level of violence near Basra.  In particular, Mahdi militiamen conducted regular ambushes on British convoys on the roads between Basra and Baghdad.  Frequent, uncoordinated attacks inflicted little damage, although precise data is unavailable in open sources.  Since the Scottish and Welsh troops arrived in Basra, Shiite militias averaged about five attacks per day in Basra.

The Bayonet Charge
The battle began when over 100 Mahdi army fighters ambushed two unarmored vehicles transporting around 20 Argylls on the isolated Route Six highway near the southern city of Amarah.  Ensconced in trenches along the road, the militiamen fired mortars, rocket propelled grenades, and machine gun rounds.  The vehicles stopped and British troops returned fire.  The Mahdi barrage caused enough damage to force the troops to exit the vehicles.  The soldiers quickly established a defensive perimeter and radioed for reinforcements from the main British base at Amarah – Camp Abu Naji.  Reinforcements from the Princess of Wales’s Royal Regiment assisted the Argylls in an offensive operation against the Mahdi militiamen.  When ammunition ran low among the British troops, the decision was made to fix bayonets for a direct assault.

The British soldiers charged across 600 feet of open ground toward enemy trenches.  They engaged in intense hand-to-hand fighting with the militiamen.  Despite being outnumbered and lacking ammunition, the Argylls and Princess of Wales troops routed the enemy.  The British troops killed about 20 militiamen in the bayonet charge and between 28 and 35 overall.  Only three British soldiers were injured.

Why the Bayonet Charge Was a Tactical Success
The bayonet charge by British troops in Basra achieved tactical success primarily because of psychological and cultural factors.  It also shows that superior firepower does not guarantee success by either side.  In this case, the value of surprise, countering enemy expectations, and strict troop discipline were three deciding characteristics of the bayonet charge.

Surprise as a Weapon
The Mahdi fighters likely expected the British convoy to continue past the attack.  Previous convoys of British vehicles had driven through ambush fire.  British military sources believe the militiamen miscalculated the response of the convoy and expected the Scots to flee. 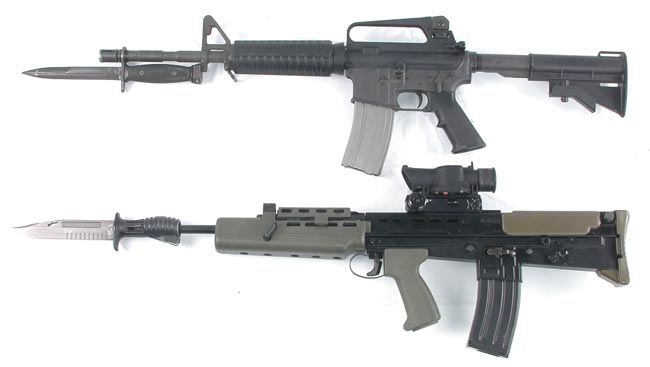 Although the raid is a well-honed tactic practiced by jihadist and Arab irregulars, the surprise raid has been an effective tool against Arab armies, both regular and irregular.  Irregular fighters usually are not trained in the rigid discipline that professional counterparts possess, and the surprise attack exploits this weakness.

Enemy Expectation that Coalition Troops Would Avoid Combat
Propaganda by Sunni and Shiite jihadists regularly advertised the perception that American and British soldiers were cowards.  Similar rhetoric increased after the battles of Fallujah in April 2004, perhaps to steady the resolve of militia fighters in the face of aggressive coalition attacks.  In addition, British convoys did not engage significantly during previous ambushes, which probably validated the narrative for many Mahdi militiamen.  Because many of the Mahdi fighters were teenagers, it is also likely that the Mahdi army used these ambushes for training and recruiting.  The attacks were an opportunity for young fighters to use weapons in combat with little risk of serious reprisal.

In short, the bayonet charge not only surprised the Mahdi militiamen, it also debunked the perception that coalition troops were reluctant fighters seeking to avoid conflict.

Strict Discipline
A crucial distinction during the bayonet charge was the professional discipline of the British troops in contrast to the disunity and confusion of the militia fighters.  Irregular militia often fight with passion and benefit from knowledge of the local terrain.  Professional soldiers, however, formally trained in tactics and squad unity can often overcome these and other obstacles.  During the bayonet charge, the soldiers rarely lost their nerve and not a single soldier lost his life.  Many of the militiamen fled.

Discipline is a tool that can be leveraged in irregular warfare against troops that lack professional training.  The individual commander needs to recognize which tactics capitalize on troop discipline and then exploit the enemy’s weakness in this area.

Conclusion
In irregular warfare, Western military forces have options beyond just superior firepower.  The bayonet charge in Basra by British troops showed the value of spontaneous surprise attacks under the right conditions.  The attack also refuted the jihadist narrative in the area depicting coalition troops as cowards afraid of tough combat, probably swinging the psychological advantage back to coalition troops.

Other nonconventional means of fighting could achieve similar results as the bayonet charge.  Drawing from “lessons learned” across areas of operation and from historical case studies could produce multiple options for small unit tactics with minimal changes to operational structure.  All irregular warfare methods, however, must be carefully studied for possible second-order consequences.

For example, the use of attack dogs by coalition troops could provoke fear among some militia fighters, but also infuriate local public opinion by giving the impression that U.S. soldiers care more about their dogs than other human beings.

At the least, this case study suggests the importance of changing tactics and procedures to keep enemy fighters off balance.  Even within restrictive rules of engagement, commanders should seek periodic “spike” actions that prevent coalition procedures from becoming routine and easily predictive.

Sometimes actions as simple as unexpected changes in appearance or shows of force can regain the initiative.  At the same time, commanders must weigh all operational actions in the larger context of persuading the local civilian population to support the consistent, constructive, and stabilizing actions of the coalition as a whole.

About the Urban Warfare Analysis Center

The Urban Warfare Analysis Center produces innovative research and analysis of irregular warfare conducted in urban environments.  We bring together personnel from diverse analytical disciplines – including science and technology, social sciences, linguistics, and military studies – to create unique insights across the full range of military operations.  The UWAC serves clients in the Department of Defense, Intelligence Community, and broader national security arena.  For additional information, please see the UWAC website at www.uwac-ok.com or search “UWAC” at www.intelink.gov.