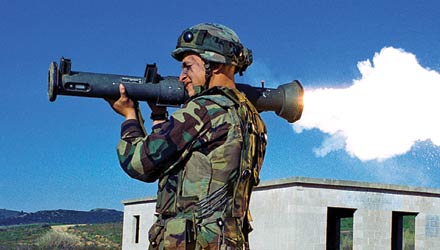 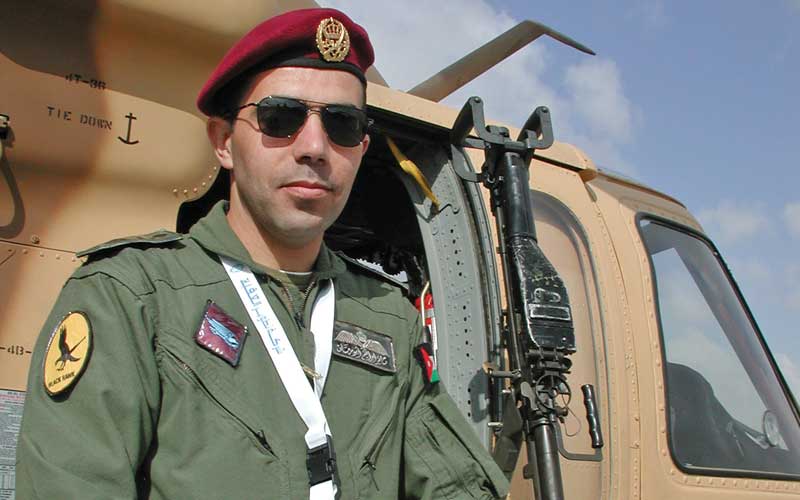 The conflicts in the Middle East go on, as they have through the ages. The shores of the Hashemite Kingdom of Jordan look out over the salt-mineral flats towards the West Bank, as they have through the ages as well. There is trouble brewing in that West Bank community, claimed to be the oldest continually occupied city on the planet, and to the East is Iraq, then Iran. Looking north is the Syrian border. Not far away, Saudi Arabia and Egypt. This is the cradle of Western Civilization, the wellspring for the three great religions of the West – Christianity, Judaism, and Islam. It is also the crucible that much of the conflict of the last several thousand years has been forged in. SADJ was there for one of the best military/Special Operations shows in the world, in Amman, Jordan. There are reasons that SOFEX is at the top of the list.

His Majesty, King Abdullah II Bin Al-Hussein, The Supreme Commander of the Jordanian Armed Forces, has “been there and done that.”  The King earned his rank and the respect of his men the old fashioned way, up through the ranks.  Although of royal birth and destined for the throne, the 43rd generational direct descendant of the Prophet Mohammed insisted on serving in many capacities of the military, and doing the training and service to gain the full experience he wanted.  Over the course of his life, he has worked his way up through various militaries, having served in the 13th/18th Battalion of the Royal Hussars (UK), gone through tank command training and the school of Foreign Service at Georgetown University in DC.  His career led him up through the ranks, commanding ever larger and more specialized units, until he reorganized the Special Forces in Jordan with other elite units to create the Special Operations Command.  The King is a qualified frogman, pilot, and free-fall parachutist, and like his late father King Hussein, he is an avid gun collector, who has kept his interest in all aspects of the Special Operations community.  It is his devotion to the martial world, and the Special Operations Command, that makes SOFEX such a special show.  The attention to detail is surpassed only by the quality of the exhibitors that travel from around the globe to be seen there.  SOFEX is a “Be there or be square” exhibition.

SOFEX 2008 was the seventh in the biennial series of conferences that has been sponsored in Jordan.  SOFEX has become the premier show for the Special Operations community in the Middle East, and the four day event attracts the latest innovators in small arms, as well as the cutting edge tactical groups from around the region and the world.  Small Arms Defense Journal was able to get behind the scenes with many of the events and manufacturers, and here are some highlights of the show.  SOFEX is held at the King Abdullah I Airbase near Amman, Jordan every two years.  The venue has over 70,000 square meters of indoor and outdoor exhibit space, with over 300 exhibitors and approximately 10,000 attendees.  There are many seminars on subjects related to Special Operations, as well as live demonstrations of many tactical operations.  This year’s live demo included an assault on a “hostage” jetliner, featuring an outstanding fast deployment through heliborne platforms.

SADJ is pleased to bring you some highlights from the exhibit hall, but we would also like to mentions some small arms related US exhibitors that were at the show as well that include Benchmade (www.benchmade.com); Blackwater (www.blackwaterusa.com); Colt Defense (www.colt.com); Hardigg Cases (www.hardigg.com); Insight Technology, Inc. (www.insight-tek.com); Raytheon (www.raytheon.com); Remington Arms (www.remington.com), as well as many more.