Sterling silver U.S. doughboy dog tag holder and locket. The outside of the holder is engraved “2nd Lieut. H.W. Billman 109 M.G. Bn. 28th Division USA Lebanon, PA.” Upon opening, the bottom contains the actual aluminum dog tag reading “Henry W. Billman 2nd Lt. 109 M.G. BN. U.S.N.G.” with remnants of the hanging cord that would pass through a hole in the top of the locket so it could be worn around the neck. The other side shows a period photograph of Lt. Billman and two women. 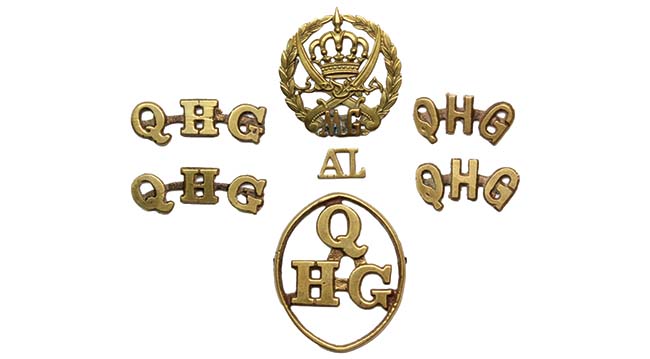 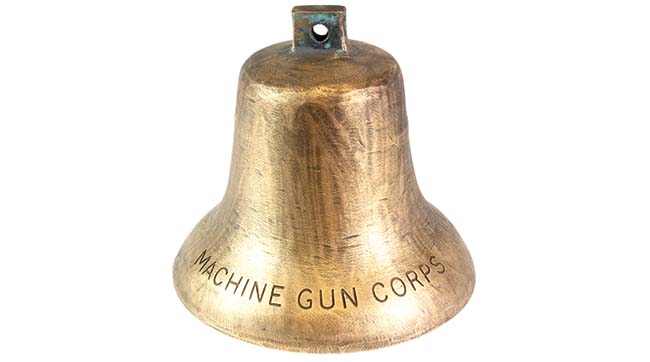 World War I era cast bronze British officer’s mess dinner bell stamped to the bottom Machine Gun Corps. With hanging loop to top, it was meant to be struck from the outside as there is not provision for a clapper internally. Measures 7 1/4 inches wide and 7 1/4 inches high. 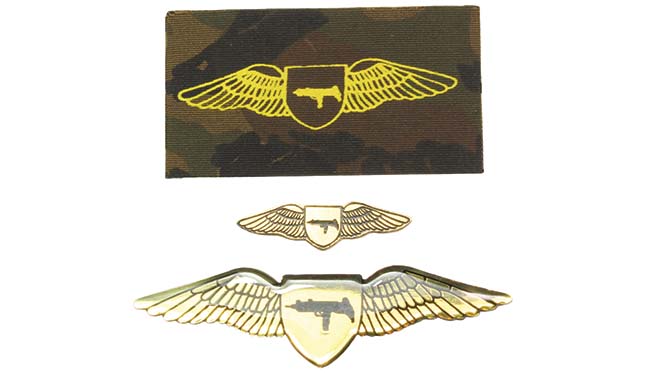