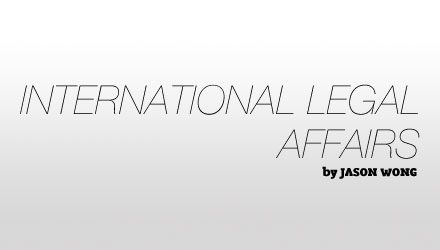 Recent reports of maritime piracy and the apparent inability of shipping crews to effectively defend their vessels have thrived in the international media.  While Walt Disney has romanticized the fictional Captain Jack Sparrow in the Pirates of the Caribbean movie series, piracy is no laughing matter.  Frequently, a variation of a single question is asked: Why can’t the crew defend themselves?  The answer in short: U.S. and International regulations either prohibit or restrict how crews may defend themselves.

During the 19th century, the Strait of Malacca was a critical passageway for traders and shipping companies shipping spices and tea from India and China to the West.  The strait is a narrow passage, 550 miles long, between the Malay Peninsula and the islands of Indonesia.  The passage contains thousands of small islands, narrow straits, and many rivers, making it an ideal location for pirates to hide and evade capture from naval forces.  As a result of the geography, patrolling the Strait was, and continues to be, a difficult task.

Early European efforts to curb piracy in the late 19th century succeeded because of three factors.  1. The increased frequency of naval patrols by colonial powers.  2. Political control of Malaya was established (now Malaysia and Singapore) by the British, leading to better political stability and improved economic conditions that caused piracy to steadily lose its appeal as a way of life.  3. Naval superiority was achieved in the form of naval steamships against the predominantly wind-powered pirate sailing ships.

Modern Piracy
Merchant ships during the colonial periods could legally carry cannons as a form of defense.  Weapons such as muskets, pistols, and cannons were regarded as normal commodities for trade, in the same manner as opium, silk or spices.  In modern times, only vessels belonging to State navies are legally authorized to be armed with heavy weapons – i.e., weapons capable of firing projectiles greater than 1/2-inch in diameter, surface to surface anti-ship missiles, or torpedoes capable of sinking other vessels.  In general terms, only State authorities may legally commission the manufacture or purchase of such weapons. 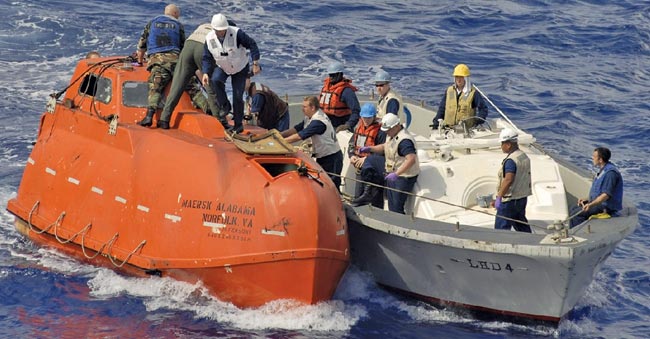 Modern Shipping Requirements
Two critical factors – time and cost – determine logistical shipping schedules and influence the routes from one destination to the next.  Modern manufacturing and consumer retailing are increasingly reliant upon “just-in-time” inventory delivery.  As a result, a broad spectrum of international trade is influenced by the amount of time commodities and other goods spend in transit.  Any additional requirements that increase the amount of time at port or increase the cost of shipping will necessarily impact manufacturers, retailers, and consumers on a worldwide scale.

On the other end of the spectrum is the International Ship and Port Facility Security Code.  Implemented by the International Maritime Organization (IMO) on July 1, 2004, the ISPS seeks to improve the safety and security of international shipping.  Under the requirements of the ISPS, passenger ships and cargo vessels greater than 500 gross tons traveling between international ports of call must certify that the ship has an approved and properly implemented security plan as a means of defending against smuggling, terrorism, piracy, and stowaways.

For those unfamiliar with the organization, the IMO is a specialized agency of the United Nations responsible for implementing the ISPS on a world-wide basis.  The organization is also involved in legal matters, including liability and compensation issues and the facilitation of international maritime traffic.  Under current IMO guidelines, the carriage of arms is actively discouraged for fear that the use of firearms in the act of self-defense will escalate violence and put crews at increased risk of injury or death.

Engaging in security checks and compliance certifications has invariably led to increased transport times and increased costs.  Combined with volatile fuel markets, commercial ships must map the quickest and most direct routes to their destinations.  Commercial ships use predictable and repeated courses of travel between ports of call to deliver goods in a quick and cost effective manner.  The end result: avoiding a known piracy hotspot is not a viable option in an increasingly cost conscious consumer society.

On May 5, 2009, Philip Shapiro, the Chief Executive Officer of Liberty Maritime, testified before the U.S. Senate Committee on Commerce, Science, and Transportation, Surface Transportation and Merchant Marine Infrastructure, Safety, and Security Subcommittee.  Mr. Shapiro testified that Congress should allow merchant ships to effectively defend themselves by either arming the crew with small arms, or allow the hiring of armed security guards for the length of the voyage.  Mr. Shapiro further noted that although a maritime right of self defense is codified in U.S. law, export regulations promulgated by the U.S. State Department effectively prohibit the arming of a U.S. flagged merchant vessel.  As a result, the only effective countermeasure that merchant ships can use against a pirate attack is the use of high pressure hoses to prevent boarding.  Such efforts have had mixed results, as demonstrated by the recent capture of the Maersk Alabama and the attempted capture of the Liberty Sun.

Tags: 2009, Jason Wong, V1N3, Volume 1
← Nivisys UTAM-32 Thermal Imager
The Sounds of Silence: Part 2 →
Distributed at trade shows worldwide, Small Arms Defense Journal is a bimonthly publication that focuses on small arms, accessories, gear for the soldier, new products, industry news, and defense trade shows. The first issue of SADJ was Spring 2009, which launched at the LAAD show in Rio de Janeiro, Brazil. SADJ (pronounced “sage”) is targeted toward military, law enforcement, and defense industry professionals. Our job is to reach these groups and tailor content to their interests while producing a publication that is applicable to an international audience.