“After a thorough evaluation and testing of many AR-platform rifles, the South Carolina Law Enforcement Division has chosen the Christensen Arms CA due to its accuracy, reliability and overall weight,” said SLED Chief Mark Keel. “This innovative equipment will update and standardize the agency’s rifle inventory for SLED’s law enforcement personnel.”

The Christensen Arms CA-15 G2 is a custom-built, AR-style rifle optimized for weight and accuracy by utilizing aerospace-grade composites in production. It features a matched receiver set with a contour-matching carbon fiber handguard, Black Nitride™ finished BCG and a single-stage, match-grade trigger assembly. The retail model is offered with stainless steel or carbon fiber barrel options.

“We’re looking forward to an excellent partnership,” said Jason Christensen, President of Christensen Arms. “The CA-15 G2 is a remarkable firearm, and we’re very pleased that the men and women of the South Carolina Law Enforcement Division have chosen to carry it.” 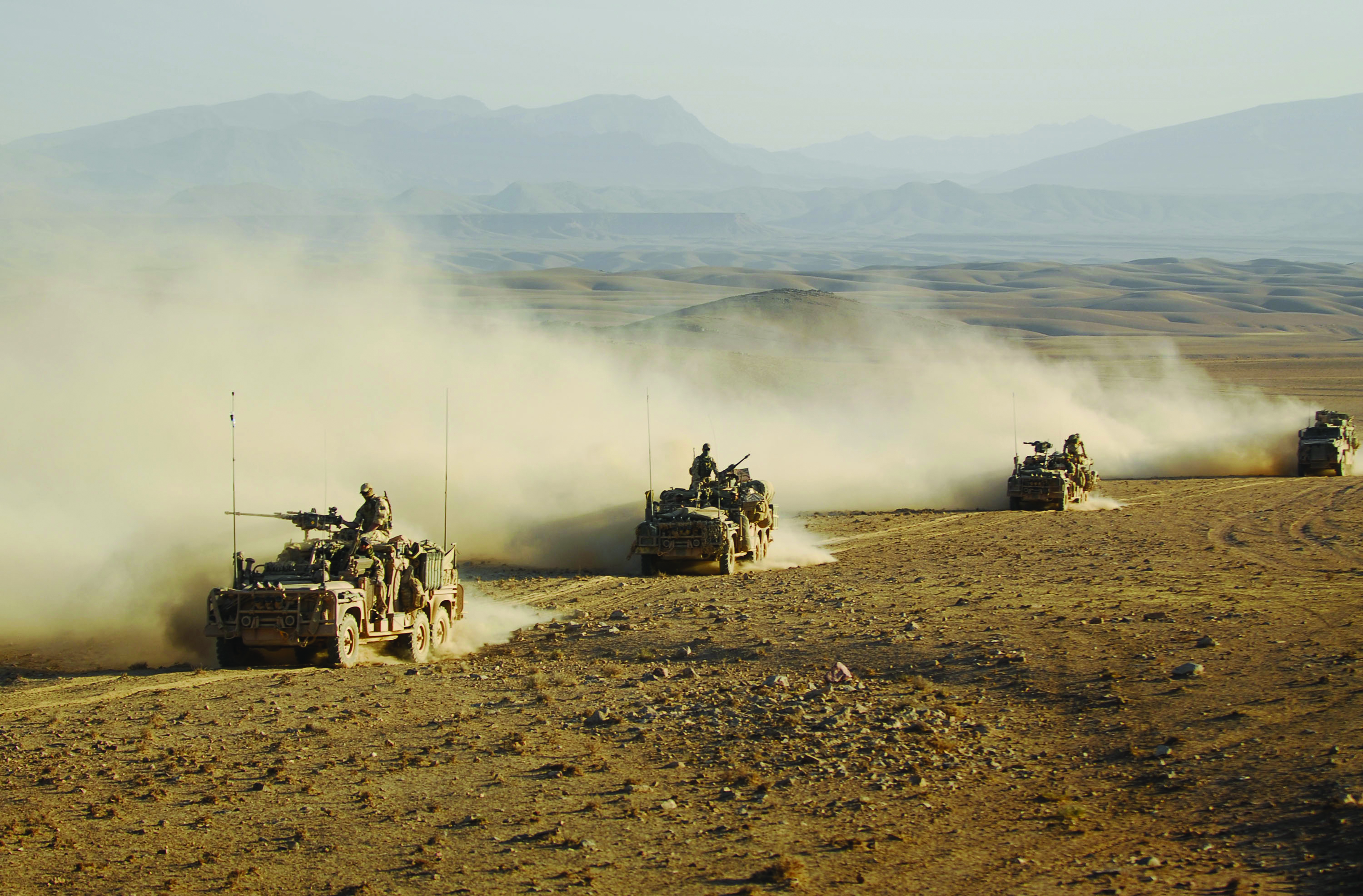 “Our Special Forces, now more than ever, need to be ready and able to deploy on operations anywhere in the world, at short notice, and in very uncertain conditions,” Minister Reynolds said.

“This first stage of funding enables our Special Forces to engage with intelligence, science and technology and innovation organizations to ensure future threats and opportunities are assessed, to make sure we are delivering them the capability they need in the future.”

Project GREYFIN is expected to present significant opportunities for Australian defence industries. These will span from small-to-large enterprises depending on the capabilities being acquired.

The Coalition Government is investing more than $200 billion in Australia’s defence capability over the next decade—the nation’s biggest peacetime investment in Defence. 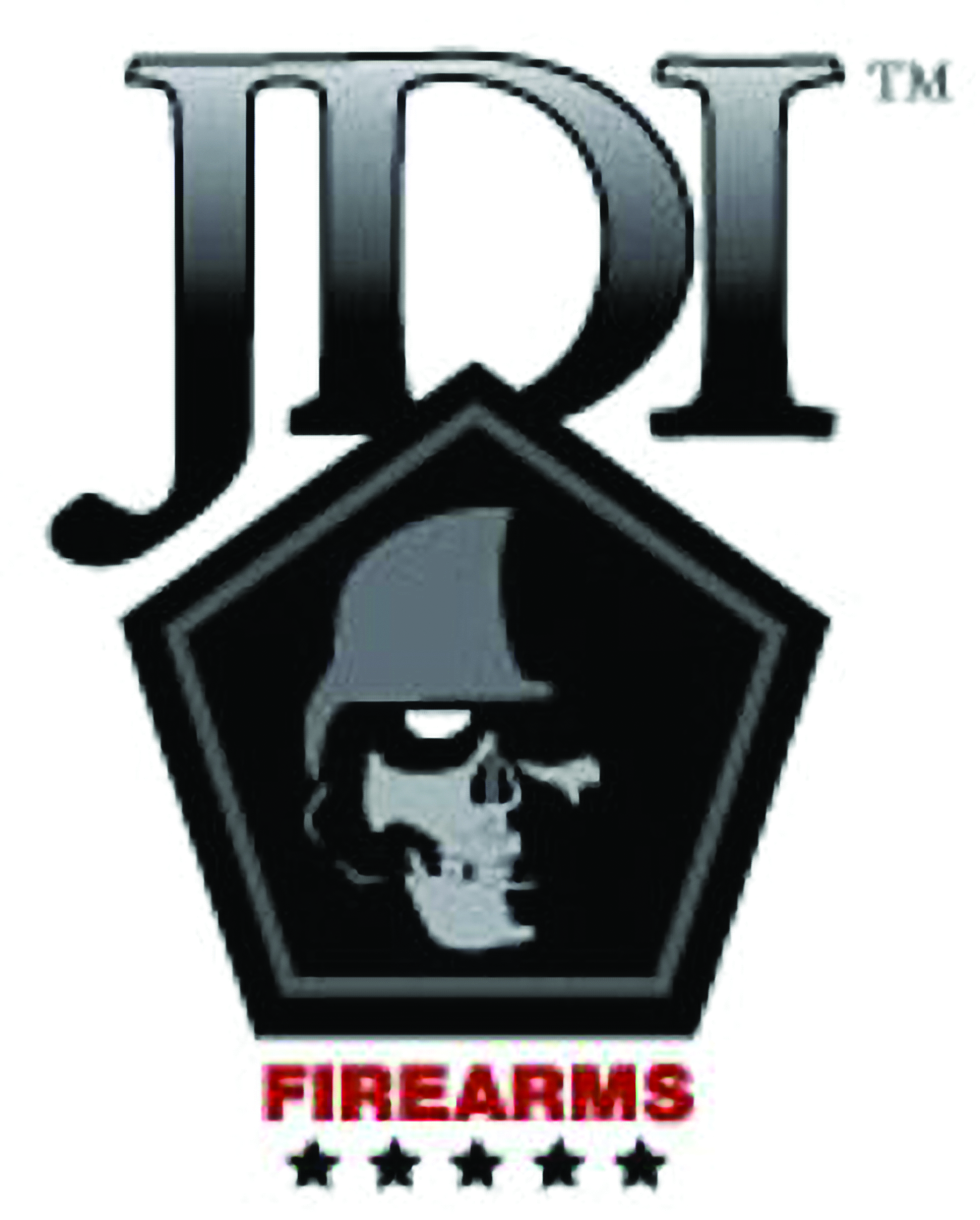 “We at JDI Firearms/SAN Imports are excited to bring these first-class, precision sniper rifles to the American public and competitors, law enforcement and military professionals,” Dave Wagner, President of JDI Firearms/SAN Imports, commented. “PGM Precision has been designing and manufacturing sniper rifles for the international market for over 25 years and has an outstanding reputation for quality, accuracy, and precision.”

PGM Precision was founded in the French Alps in 1993. Within two years of its founding, PGM Precision had won a French Army tender for the 12.7 Hècate 2 rifles to equip all French infantry regiments and Special Forces. Since then, PGM has continued to design and expand the Hècate rifle, introduce the PGM338 and the Ludis, the first rifle specially developed for sport shooters. At the 2018 Eurosatory, PGM Precision introduced the Mini Hècate 2.

JDI Firearms/SAN Imports will be importing the full line of PGM Precision rifles including the Ultima Ratio, Hècate 2 (LE/Mil-restricted), PGM338, Ludis and Mini Hècate 2, plus a line of high-quality precision and long-range shooting accessories.

ST Engineering Secures Contracts Worth $1.5B for Second Quarter 2019

On July 25, 2019, Singapore Technologies Engineering Ltd (ST Engineering) announced that its Aerospace and Electronics sectors have secured new contracts with a combined value of about $1.5 billion for the second quarter (2Q) of 2019.

Among several other contracts obtained in ST Engineering’s Electronics and Aerospace sectors, its Training and Simulation business received a contract worth $95 million (USD) from the U.S. Army to develop and deliver a unified simulation platform for the Army’s synthetic training environment that meets demands for next generation collective training. 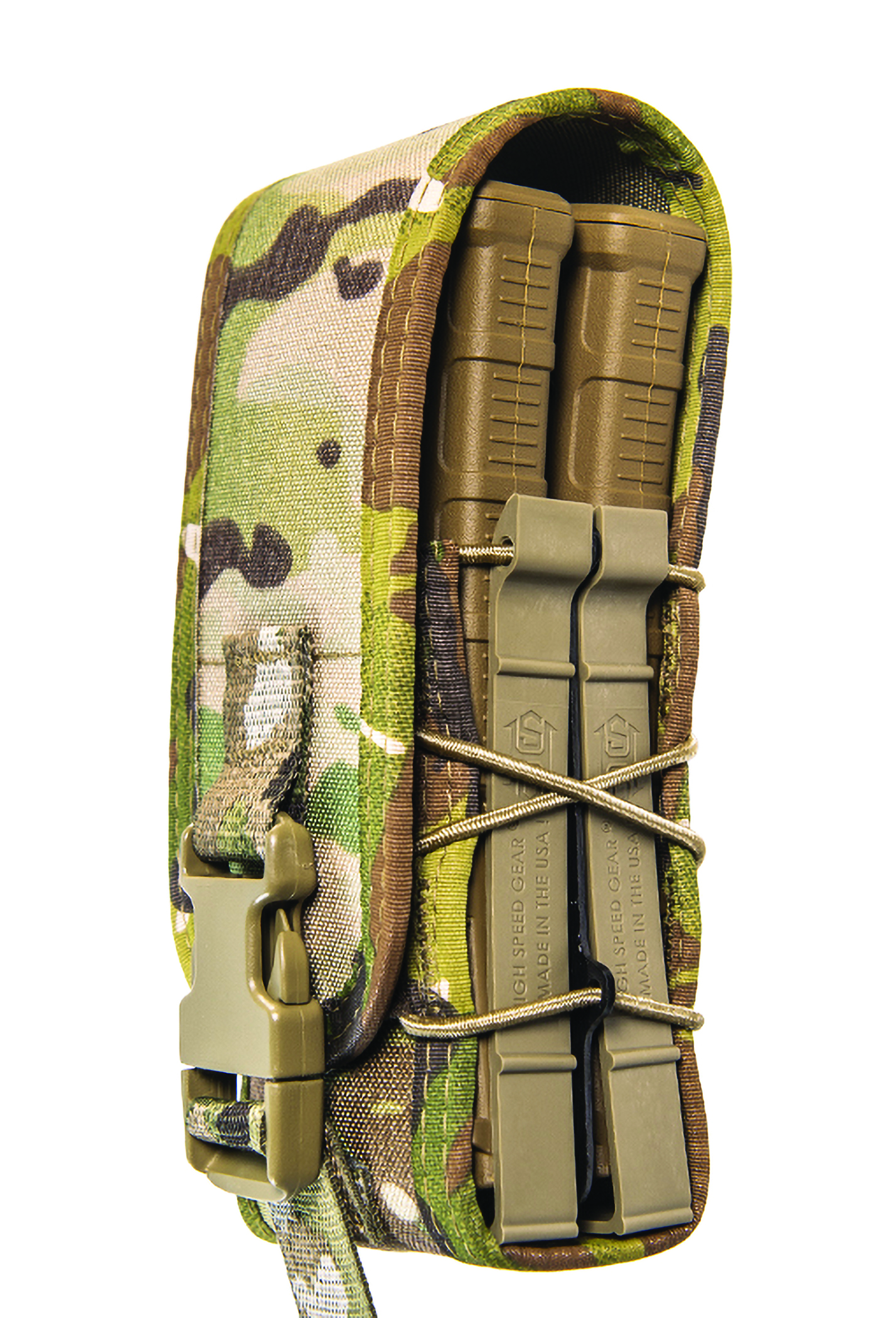 The HSGI® X2R TACO® will handle any type of rifle magazines. The Double Decker® design allows the user to carry 2 magazines in a single pouch that takes up only 3 inches of horizontal space on the platform. The X2R uses injection-molded, polymer brackets, CORDURA® front and back, shock cord lacing and a thin HDPE separator to ensure adjustability and user-perfect fit to maximize deployment capabilities.

“Over the years, all branches of the military have used High Speed Gear. We are honored to have been selected by the United States Marine Corps to provide 150,000 X2R TACO® pouches as the solution for the requested modular double rifle magazine pouch,” said Bill Babboni, vice president of sales and operations. “It was exciting to learn that HSGI was selected especially since Marine preference played a sizable part in the selection process.”

PROOF Research announced in July 2019 that its industry-leading carbon fiber barrels will be an integral part of the U.S. DoD’s newly contracted MRAD® rifles in .300 PRC from Barrett Firearms Manufacturing, Inc. 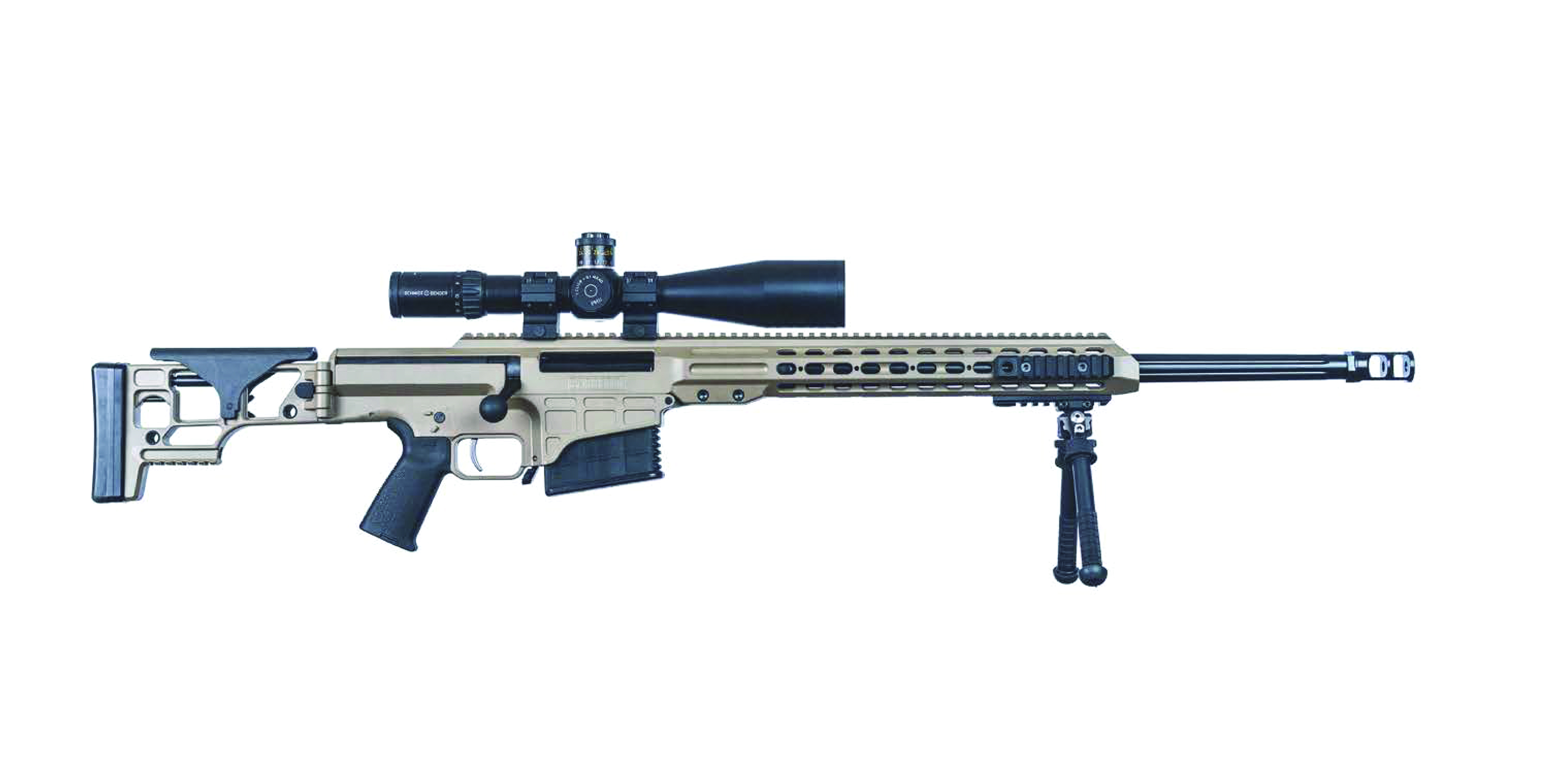 The contract was announced year-end 2018, for an undisclosed number of Barrett’s modular, precision, bolt-action MRAD rifles, chambered in Hornady’s new long-range .300 PRC cartridge. The barrels for these rifles were engineered for purpose by PROOF and use a unique hand-laid, high-stiffness carbon wrap process to give the U.S. military the very best barrel technology available today.

A PROOF barrel utilizes high-strength, aerospace-grade carbon fibers that are impregnated with a proprietary matrix resin developed by their Advanced Composites Division. PROOF-ACD has developed many different high temperature resins and carbon fiber layups that allow PROOF’s design engineers to create a superior barrel solution for even the most demanding of applications. Furthermore, the technology used in their manufacturing process is scalable which opens up opportunities for small-, medium- and large-caliber applications.

There are many benefits of incorporating aerospace grade carbon fiber technology into a military rifle. PROOF Research carbon fiber barrels are up to 50% lighter than steel barrels of similar contour, which is crucial for operators moving rapidly from one position to another and when carrying their gear over long distances. The carbon fiber wrap also makes the barrel highly resistant to weather, grit, dings, scratches and all-around abuse.

PROOF Research’s high-fiber content, cut-rifled composite barrels are extremely accurate. Well known within the precision rifle competition community as the first choice for match-grade accuracy, the long-range accuracy, performance and reliability of PROOF Research’s carbon fiber barrels are not only benefits, but critical for mission success among these elite military teams.

LAPD AND LASD SWAT OFFICERS TO USE TEAM WENDY® HELMETS

Two of the best tactical teams in the U.S. have chosen Cleveland-based Team Wendy® as their ballistic helmet provider. 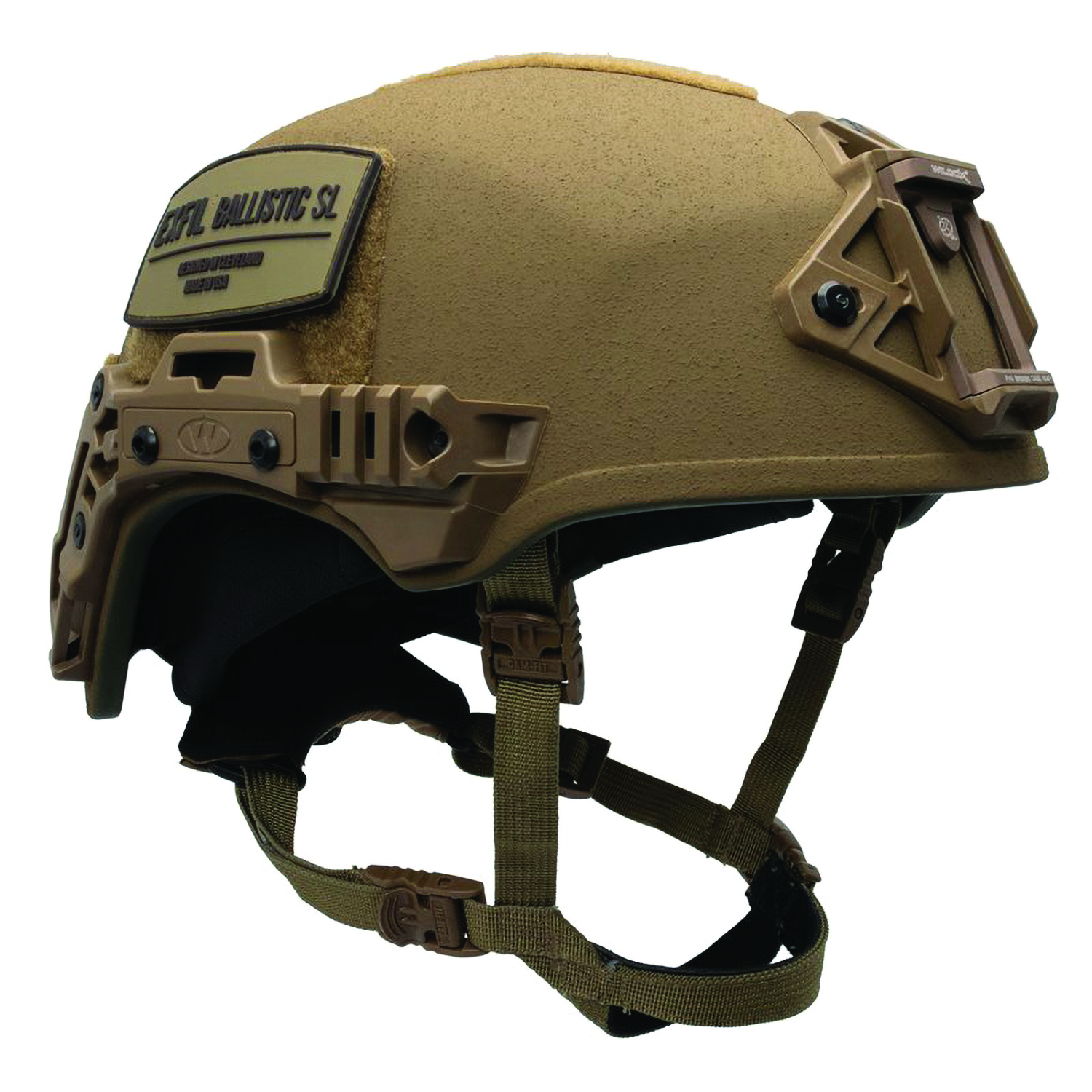 LAPD’s SWAT team rescues dozens of hostages and manages 120-plus high-risk warrants and approximately 100 barricaded suspect cases per year. It responds to barricade or hostage incidents where the suspect is believed to be armed or an extreme threat to public safety. Typical situations include the presence of weapons, suspected gang activity and heavily fortified locations.

LASD is the largest sheriff’s department in the world. The Special Enforcement Bureau, newly equipped with Team Wendy helmets, is a full-time unit of tactical paramedics and rescue specialists, including a canine detail and a special weapons team. It works hand-in-hand with the department’s arson/explosives and hazardous materials details and coordinates security for visiting dignitaries and politicians, including the U.S. president and vice president. SEB responds to an estimated 200-300 tactical operations every year, including barricaded suspects, high-risk warrants and hostage situations.

The EXFIL Ballistic SL is the fifth helmet in Team Wendy’s EXFIL line. It has a complete system weight of 2.2 pounds, meets a ballistic rating of NIJ Level III-A (according to NIJ STD 0106.01/0108.01) and exceeds ACH blunt-impact protection requirements. It features the newer, lighter EXFIL Rail 3.0 for more efficient accessory mounting and the boltless CAM FIT™ Retention System for individualized fit and superior weight distribution.