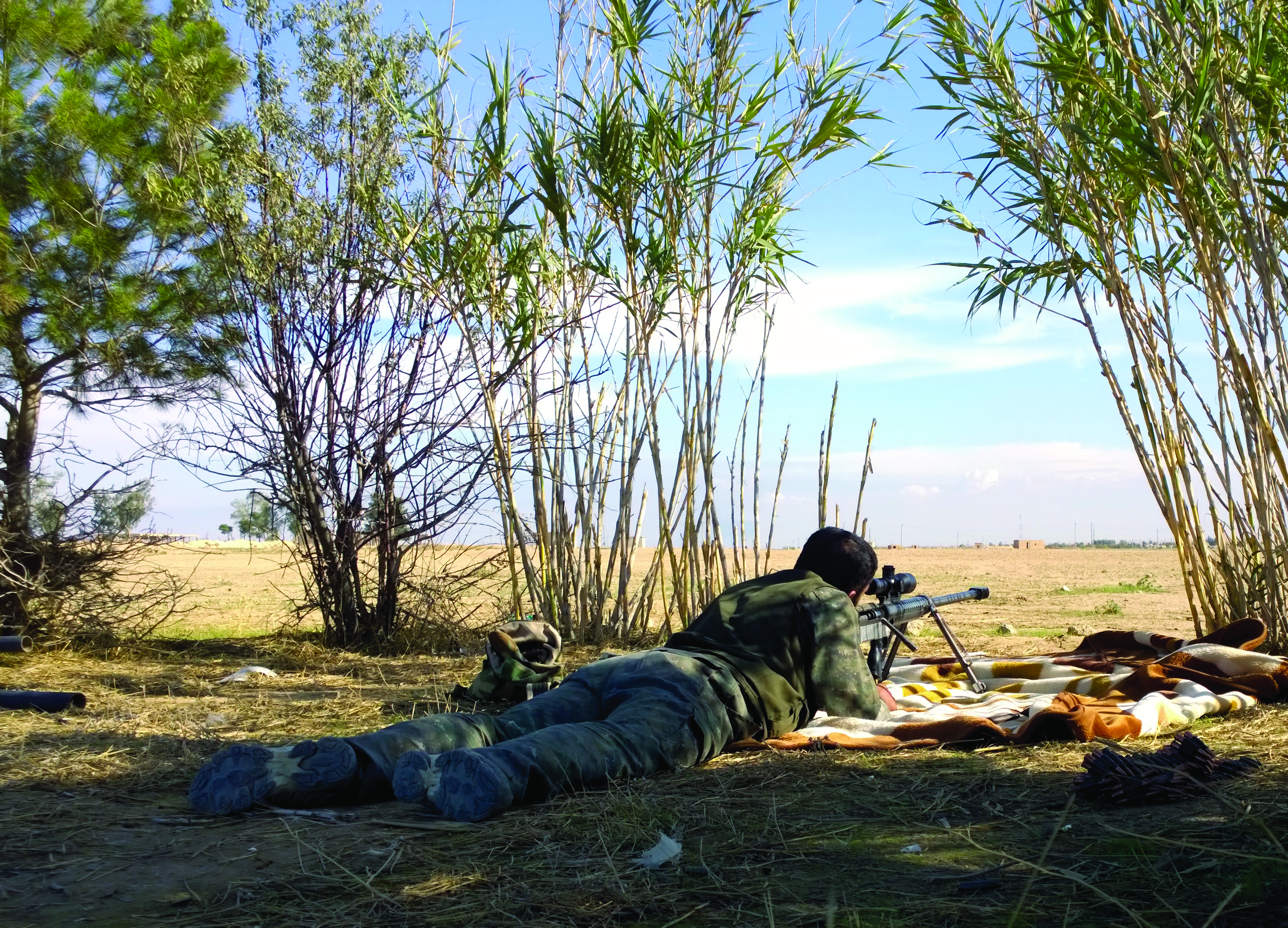 Craft-produced Anti-materiel Rifles in Service with the Kurdish YPG

Damon Bolding / 26 December, 2018 / Comments Off on Craft-produced Anti-materiel Rifles in Service with the Kurdish YPG / Search By Issue, V11N2, Volume 11

The Fight Against Vehicle-Borne Explosive Devices

The Kurdish YPG (People’s Protection Units) employ various craft-produced anti-materiel rifles (AMRs), and ARES has obtained photographs and details for several examples. These photographs and the accompanying contextual information came from a confidential source who served in a sniper tabor (platoon) of the YPG from June 2015 through August 2016. Such guns are also produced by a number of other factions operating in Syria and Iraq, as well as non-state and state actors in other conflict zones. Craft-produced small arms and light weapons, including anti-materiel rifles such as these, are covered extensively in a forthcoming report authored by ARES personnel for the Small Arms Survey.

In combat use, these rifles are used primarily for defence against vehicle-borne improvised explosive devices (VBIEDs), serving a secondary role as counter-sniper weapons. VBIED armour has been generally increased to the point that standard rifle calibres used by designated marksmen (typically 7.62x54Rmm and 7.62x51mm) are not able to stop them reliably. Instead, the YPG turned to heavier weapons. Whenever available, modern anti-materiel rifles such as the Chinese M99, Zastava M93 and Barrett M82 are in high demand, as are direct-fire recoilless weapons and rocket launchers and anti-tank guided weapons (ATGWs). To supplement these scarce and more broadly useful weapons, the YPG has developed several of its own indigenous AMR designs built around barrels taken from heavy machine guns and light cannon.

The two main rifles in service are the Zagros, chambered for 12.7x108mm, and the Şer (and shorter Şer Portative), chambered for 14.5x114mm. Conceptually similar guns have been built in 23x152Bmm, but the YPG determined that these were too massive and bulky to be practical. Islamic State group continued to employ a handful of guns in this calibre, however. All of these rifles are made by fabricating simple tubular receivers and bolts to match up to barrels from DShKM, W-85 and KPV pattern guns. In at least one case, the barrel of a Kord heavy machine gun was used. The barrels may be salvaged from damaged or inoperable guns, or they may be spare barrels accompanying functional guns, depending on circumstances. The resulting rifles are single-shot only.

According to ARES’ source, the Şer Portative was a shortened version of the 14.5mm Şer introduced early in the summer of 2016 in an effort to make the latter more portable. It reportedly succeeded in this, although at the price of very intense felt recoil and muzzle blast. In addition, they are reported to have destroyed optical sights in as few as five rounds. The Zagros was reportedly reserved for use at longer ranges, as it was more comfortable for the user and more accurate to use, because it could be more precisely zeroed with a telescopic sight. The full-length Şer has apparently been largely removed from combat, as it is too bulky for offensive use, and its role has been largely changed to supporting air strikes from CJTF-OIR forces.

It is important to note that all of these rifles are almost exclusively used with ammunition made for machine guns, rather than precision ammunition. This will limit the potential accuracy of the weapons; however, it is unlikely to reduce their effectiveness in the anti-vehicle and anti-materiel roles for which the YPG use them. The availability of AP, API and other specialty ammunition types is likely to compensate for limited precision or accuracy.