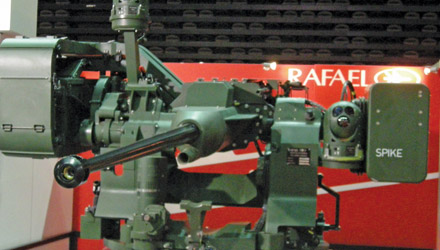 First time trade shows are a bit uncertain for attendees and exhibitors alike.  It’s difficult to determine which start-up shows have a good chance of putting the products in front of the decision makers, before making the financial and time commitment to attend.  Location, time of year, competing shows, all enter into these decisions.  What help’s make the decision is who the promoter of the show is and how their other shows perform.  In the case of ASDA, TNT Productions, Inc. has many other successful shows and two more military shows in the region: BSDA in Bucharest, and GDA in Kuwait.  We expected a good show, and TNT certainly made ASDA worth going to.  Those who took the time to attend are, in the words of one exhibitor, “Plankholders” for future shows.

The City of Split, Croatia, was an excellent choice for a show in the region.  The April weather is wonderful, the sights are breathtaking, the people are hospitable and the accommodations and expenses are very reasonable.  Split is located on the Dalmatian Coast of the Adriatic Sea, and the Croatian heritage is influenced heavily by millennia of interaction with Italy, just across the Sea.  Split is also centrally located to many of the regional military groups, making it readily accessible and providing a good flow of attendees.  The Spaladium Arena is under construction at present, but it provided a nice venue in the working show area and was easy enough to access.

Croatia is expected to enter into the European Union in 2011, becoming the 28th official member of the EU.  They are planning to change currency from the Kuna to the Euro in about 2016.  On 1 April, 2009, Croatia became an official member of NATO.  This has entailed many changes, but the armed forces of Croatia must meet NATO standards, and Croatia has earmarked approximately $4 Billion (U.S. Equivalent) for this process.  The official notice says it all: “The Croatian Armed Forces Long-Term Development Plan 2006-2015, which has been approved by the government, details the acquisitions required to substantially modernize the Armed Forces.  The modernization plans include ongoing and future expected procurements in all 3 major defense sectors: air, land and navy.”  This is a strong motivator for military and procurement personnel to want to meet with NATO item suppliers, and was the foundation that ASDA was built on.  The Adriatic Sea and South Eastern European Region is one of the major regions for expansion for both NATO and the European Union.  The target countries for this event were Croatia, Bosnia & Herzegovina, Montenegro, Slovenia, Kosovo, Serbia, Albania and Macedonia.

The Opening Ceremony remarks given by Justin Webb, President of TNT Productions, Inc. (ASDA promoter), introduced the NATO/EU concept to the participants, and laid the groundwork for the show.  Mr. Webb’s group had provided individual country delegate boxes on an upper floor for meetings and preparation, and the delegates from surrounding countries were evident on the showroom floor.  Croatian Prime Minister Mrs. Jadranka Kosor then addressed the attendees, and Croatian President (and Supreme Commander of the Croatian Armed Forces) Mr. Ivo Josipović made an official visit to the show.

This was a tri-service show, with land, air and sea military needs being represented as well as homeland security issues.  The local small arms production was well-developed and exhibited in a professional manner, and those companies with international vision that recognized the coming opportunities in Croatia are sure to benefit from having been “Plankholders” at ASDA.

Generally speaking, TNT hit a home run with this first time show, and most exhibitors we spoke with planned on attending the 2013 edition of ASDA. 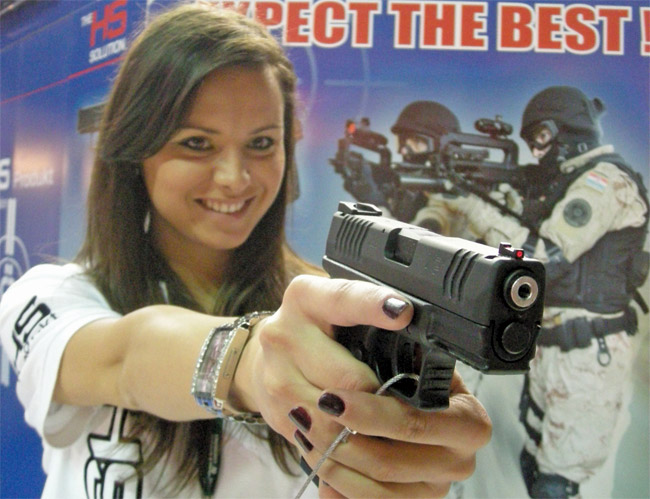 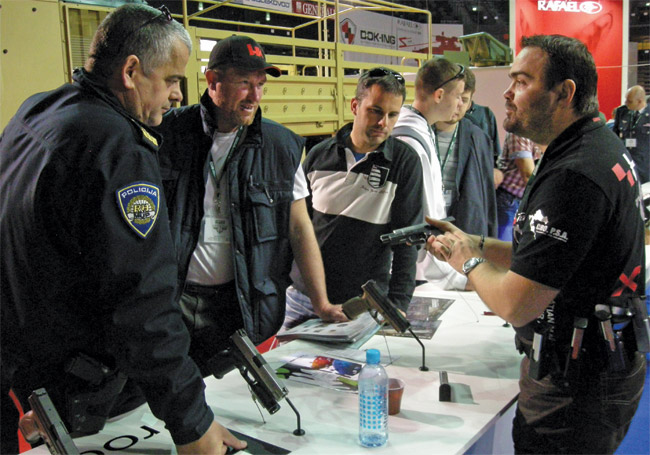 HS Produkt from Croatia had a very busy booth, with a lot of professional interest in the XD pistols. 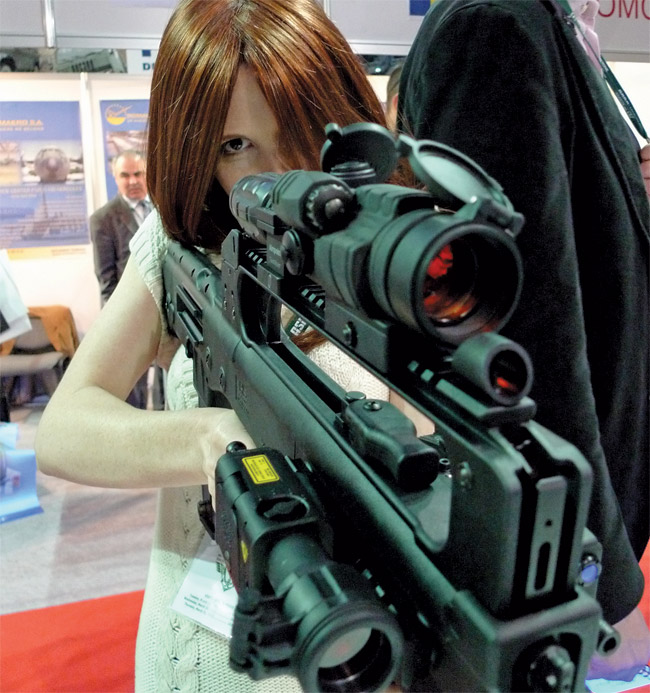 HS Produkt VHS-D 5.56x45mm bullpup rifle. The VHS-D is 30.9 inches (785mm) long with a barrel length of 19.68 inches (500mm) and 6 groove rifling in a 1:7 inch twist. The claimed 750 rounds per minute from this gas-operated system is consistent with most requirements today, and the VHS uses a rotating bolt locking system. 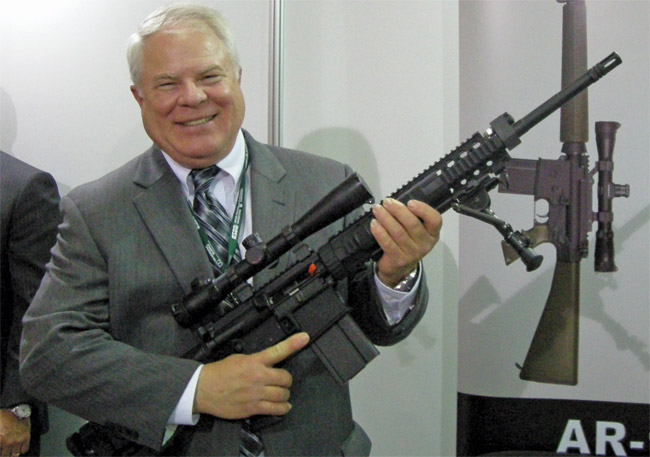 Mark Westrom, President of ArmaLite, Inc., with the AR-10 Super SASS rifle. ArmaLite was in Croatia pursuing local interest in the 7.62x51mm semiautomatic Super SASS rifle, the AR-30 in .338 Lapua Magnum, and the 12.7x99 (.50 BMG) AR-50A1 bolt action sniper rifle. ArmaLite has now moved into many markets outside of the USA. www.armalite.com 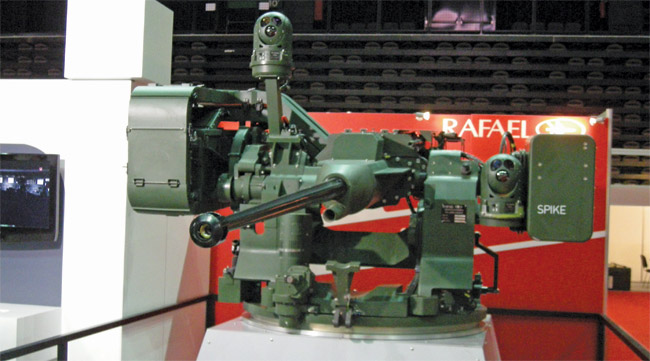 Israeli company Rafael featured their Samson RCWS-30, a remote controlled weapon station with 30mm cannon. The RCWS-30 keeps a low profile package that is non-intrusive into the host vehicle, and provides a -20° to +60° elevation and 360° rotation. www.rafael.co.il