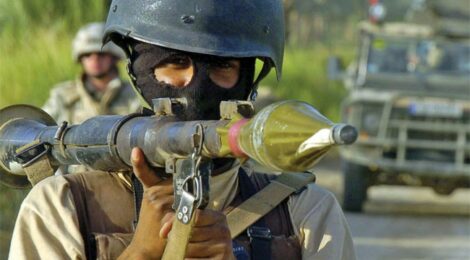 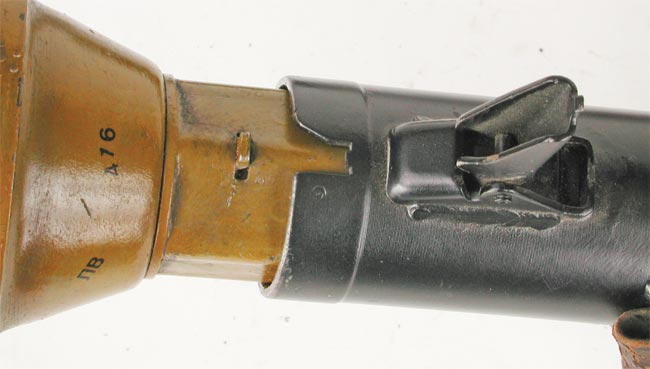 The RPG-2 round has a raised metal projection that indexes into a channel on the top of the RPG-2 launcher directly in front of the flip up front sight. Part of the assistant gunner’s job was to ensure that the round was positively in position when he loaded it. If it wasn’t indexed and seated, then the primer would not be in the proper position for the firing pin, resulting in a “no-fire” situation. Of all problems on the RPG series, lack of proper alignment is the cause of most failures to fire in the field.

RPG-7
For the purposes of this article, we will be discussing the Russian/Soviet made RPG-7 series: the RPG-7V and RPG-7D.  There are approximately 29 different variations made around the world and SADJ will be covering models and countries of manufacture at a later date in an expanded ID Guide.  There are two basic families; two of the most basic designs have been copied by many countries: the Soviet style and the Chinese style.  The fastest way to tell which school the RPG came from is that the Chinese style utilizes a bipod, a shoulder rest that folds down and locates the launcher for bipod supported fire, and has adjustable front and rear sights, while the original Russian model does not.  Several initial changes appear in the RPG-7 series.  The example in these photos is the second variation, the RPG-7V.  The “V” model is simply a bit smaller dimensionally, and lighter.  The tube inner diameter remains at 40mm.  Several manufacturing method improvements were instituted.

RPG-7D
The RPG-7D is the paratrooper’s takedown version of the RPG-7 system, which appeared in the early 1970s.  There is a three lug turning takedown point with various safety features built in to avoid firing without the rear of the tube properly attached.  There are two bayonet lugs used to attach the rear section to the forward tube, making for a much smaller package for jumping with. 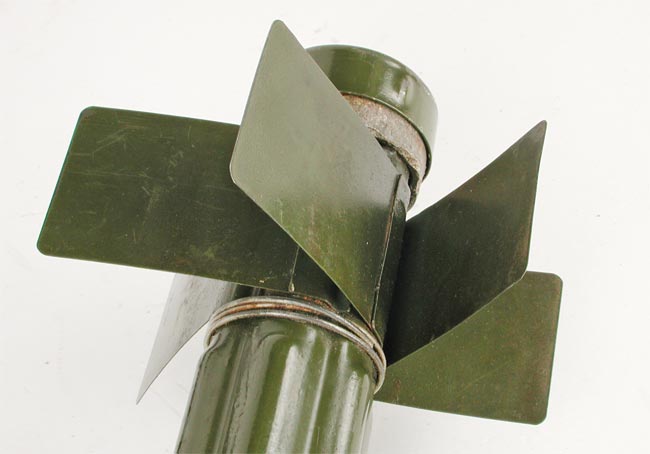 RPG-2 fins extended. At the front of the fins, towards the nose cone, there are some spring steel wire rings. These are normally over the fins, holding them to the body of the rocket section. When the ejection charge is screwed on and the grenade is inserted into the RPG-2 tube, these rings are pushed forward by the tube, and the six fins try to open. These fins exert outward pressure on the inside of the RPG-2 tube and hold the grenade in place.

Aiming and Boresighting
The objective is to hit the target, and more specifically, to strike a crippling blow to the target.  If the target is a tank or self-propelled gun, the goal of the RPG operator is to take the gun out of action.  Simply taking a tread or other immobilizing shot is good but keep in mind that the operators of the vehicle will be looking to return fire, and even if they are immobilized, if they can bring the main gun to bear then the RPG team is in danger as it takes 8-12 seconds to load another round.  Since the objective is to hit the target accurately, there must be a method of ensuring the sights and scope are in line with the bore.  In both cases, this is accomplished by using a bore sight and a point of aim that is a minimum of 900 meters away.  (Some advise that the POA at 300 meters will achieve a similar boresight).  At the shop it is easy enough to have a set of blocks and strap to a mount in order to immobilize the tube for this procedure; but field expedient tricks include sandbags and either a table or other flat surface.  Remember to leave room with the bags for line of sight on checking the sights.  This should be done by unit armorers and the operators as well, just like checking any other weapon sight when getting ready to fire.  Well trained teams will constantly check their bore sight.  The bore sight is usually composed of two pieces.  They are both tubes and the front has a wire crosshair on it and this is inserted into the front of the tube.  Some of these front pieces require the operator to put two strings on it to make the crosshairs making it possible to improvise this front section by crossing two strings over the front of the tube at 90 degrees to each other and securing them in place.  As long as the crosshairs are centered, this is fine.  The rear tube, if used, has either four slots with an open center, or simply an open center, that slides into the blast cone.  Visually check from the rear aperture to the crosshairs in the front of the tube, and this will give you a bore center.  It is quite possible to bore sight without the rear section sight, by moving back a bit further from the rear of the tube when sighting.  With the tube immobilized, the operator should fix the bore sight onto an object at 900+ meters (compare to 300 meters for your own conclusions).  The object should have some distinct horizontal and vertical features.  Once this is sighted, the mechanical sights can be checked. 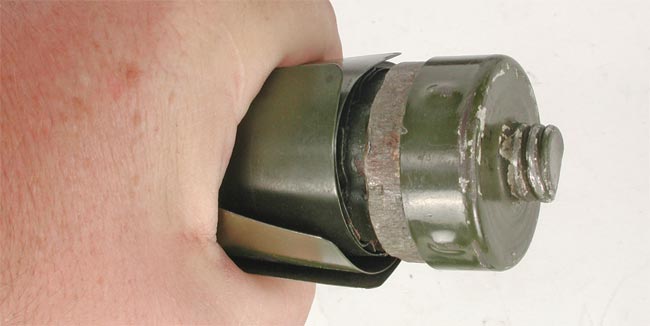 If the RPG-2 round is removed from the RPG-2, the fins will extend. In this photo, the ejection charge has been unscrewed and the fins are being manually held in. This shows that the fins can be held down enough to reinsert the round into the RPG-2 launcher (ejection charge would be on for this). However, once the fins have been extended, and the operator desires to put the round away for storage, it would require holding the fins down firmly enough to slide the retaining rings back over them. This can not generally be done by hand. There is a cup shaped metal tool with six slots in it that can be slid over the extended fins, then rotated with the fin direction, folding the fins down. Once wound completely on, the retaining rings can be slid in place and the round can be stored again. Return to storage or carrier also depends on if there is any type of fuze safety involved (later Yugo style) that must be replaced before storage.

Russian style sights do not have much adjustment to them, but the Chinese family has full windage and elevation adjustment available.  Bring the sights in line with the bore sight and the sights are aligned with the tube at all ranges.  The scope itself has a single crosshair up above the sighting chart, distinct and by itself.  This crosshair is to match the bore sight at 900 meters.  Right and left windage and up or down adjustment are controlled by two dial knobs at the front of the sight.  Full adjustment will be described in a later article.

RPG-7V, left hand view. This example is dated 1966. Note the much larger central tube section, the so-called “blast cone” at the rear, and the addition of a second handgrip. 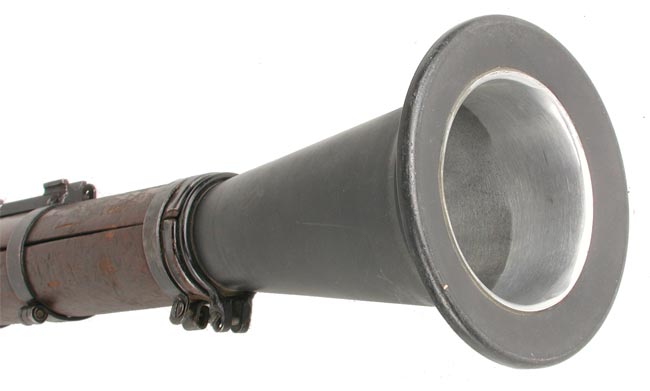 Close up view of one of the signature appearances of the RPG-7 series; the incorrectly called “Blast Cone” at the rear. This is actually a divergent nozzle, which will accelerate supersonic gases.

Right side view of a fully cutaway RPG-7V tube.