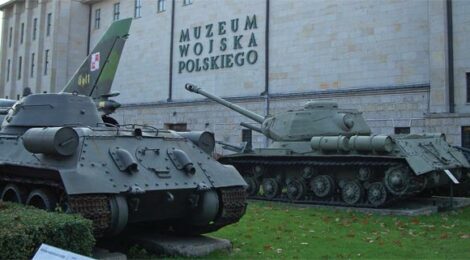 The Museum of the Polish Army // Warsaw, Poland

Located in the heart of Warsaw, Poland, the Museum of the Polish Army holds some 300,000 historical treasures dating from 966 through World War II.  The outdoor exhibits around the museum contain a wonderful selection of aircraft, armored vehicles, tracked vehicles, towed artillery pieces, field artillery pieces, large crew served weapons, bombs and torpedoes.  The ground floor inside the museum deals with the period from the Middle Ages to 1831.  Displays on the second floor provide exhibits about national uprisings and the First and Second World Wars.

The museum was founded by Marshal Jozef Pilsudski in 1920.  In World War II, Hitler’s forces took control of the museum regarding it as a military institution and removed most of the contents.  The Waffen SS used the building as a warehouse.  In 1944 and 1945 the museum building suffered major damage from aerial bombing.

The Polish Army took possession of the plundered, partially ruined museum in 1945.  About three quarters of the exhibits taken by the Germans were restored to the collection.  Other contributions came from soldiers, private collectors, and from the donation of a major collection of weapons, uniforms and relics owned by the Polish Institute & Sikorski Museum in Great Britain. 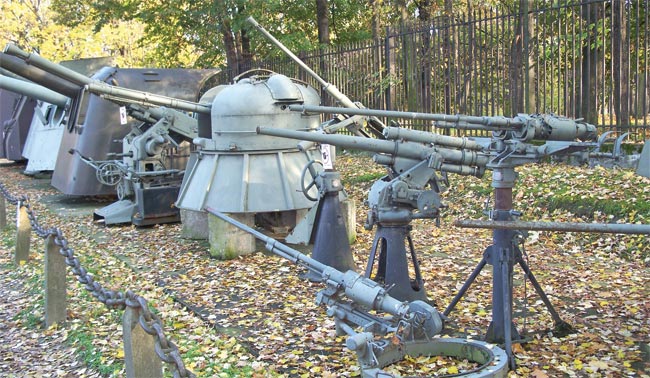 Some of the larger crew served weapons on display in the outdoor exhibit area.

The two floors of the museum are divided into sixteen rooms with the first floor containing seven rooms.  These first floor rooms detail the history of:

Polish Soldiers in the Middle Ages 966-1497.  Exhibits of note include a cone-shaped gilded helmet from the 10th or 11th Century which probably belonged to a sovereign from the period of the first Polish rulers, a Gothic reliquary made in 1388 for the Teutonic district chief in Elblag, taken as a spoil of war during the battle of Grunwald in 1410 and a Gothic suit of armor of the 15th Century.

The Polish Army in Renaissance 1497-1576.  Exhibits of note include 16th Century two-handed swords, armor for rider and horse, parade shields and helmets.

The Period of the First Elected Kings.  Exhibits of note include a portrait and saber belonging to King Stephan Batory in the second half of the 16th Century and armor and equipment of the Husaria in the mid 17th Century. 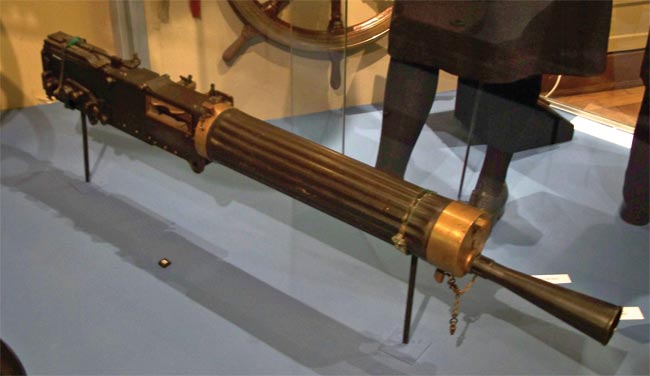 The Swedish Invasion of 1655 and the Wars with the Ottoman Empire 1648-1697.  Exhibits of note include the collection of late 17th century Husaria armor, the roof of the Turkish tent taken during the battle of Vienna in 1683 and equipment of “Pancerini” Polish cavalry of the late 17th Century.

The Saxon Era 1697-1763.  Exhibits of note include the Order of the White Eagle, founded in 1705, the first and the supreme Polish state order, oriental-style saddle used by Stanislaw Leszcynski during his election as the King of Poland and parade sabers of the first half of the 18th Century.

The Revival of the Nation and the Downfall of the State.  Exhibits of note include Polish uniforms from the second half of the 18th Century, Virtuti Militari Order, established in 1792, the supreme military order in Poland and a portrait and souvenirs of Tadeusz Kosciuszko.

The Napoleonic Era.  Exhibits of note are a saddle which may have belonged to Napoleon Bonaparte used during the Egyptian campaign, uniform of General Jan Henryk Dabrowski, commander of the Polish Legions in Italy (1797-1803) and uniforms of the First Regiment of Chevau Legers of the Imperial Guard of Napoleon. 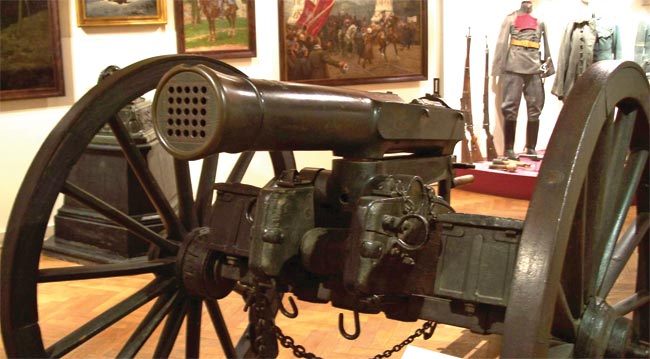 A surprising find in the museum was this beautifully preserved 25-shot manually operated volley gun.

The November Insurrection 1830-1831.  Exhibits of note include the Polish General’s uniform belonging to Tsar Alexander I, painting of the Battle of Olszynka Grochowska and uniforms of the army of Congress Kingdom of Poland.

The second floor contains the remaining rooms of exhibits and displays and includes:

The Springtime of Nations (1848-1849) and the January Insurrection (1863-1864).  Exhibits of note are flags of partisans units from 1863 with arms of Poland, Lithuania and Ruthenia, dress of a Polish partisan from the 1863 January uprising and patriotic jewelry worn by Polish women.

Struggle for independence 1914-21.  Exhibits include a portrait of Pilsudski, uniforms of the Polish Legionaries and the uniform of General Haller, Commander of the Polish Army in France, and various weapons of the period.

Fights for Frontiers (1918-22).  Exhibits of note include the uniform of General Dowbór-Muśnicki, Commander of the Wielkopolska Army, badges from the Silesian uprising and the Bolsheviks’ standard from the battle of Warsaw.

Armed Forces of the Second Republic of Poland (1921-1939).  Exhibits include presentation sabers of the Polish Army, portrait and Marshal’s baton of Rydz-Śmigly, Polish weapons including the semiautomatic rifle M1936, Mors submachine gun M1939, Ur anti-tank gun and an Enigma enciphering machine. 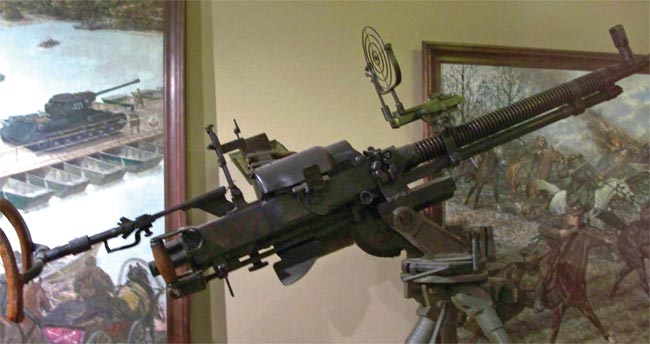 The Polish Resistance Movement (1939-1945 and the Warsaw Uprising (1944).  Exhibits of note include the Sten and “Blyskawica” submachine guns made in an underground workshop in Warsaw, a catapult made from a car spring used during the Warsaw uprising, uniforms of insurgents and German Goliath.

The Museum of the Polish Army is one of the great military museums of the world making intellectual sense of their convoluted history.  Their logical display of Polish military historical artifacts as well as their collection of original artwork is stunning in its thoroughness.  Students of military history and devotees of all kinds of small arms will not be disappointed and is a wonderful way to discover Poland’s history through its military victories and defeats.  A visit to this museum while visiting Warsaw is a must.  Plan on spending a good part of the day there to fully absorb its content: it is well worth your while.  Unfortunately, while there is a color tour book available for purchase and all the displays have descriptive placards, none is in English.

The Museum is open on Wednesdays from 10 a.m. to 5 p.m.  Thursday through Sunday the hours are 10 a.m. to 4 p.m.  The museum is closed on Mondays and Tuesdays.  Admission is about five US dollars but you must pay in Polish Zlotys; it will cost an additional three dollars to shoot photographs inside the museum.  Admission is free on Saturdays.

by Robert G. Segel on 17 August, 2011.
Tags: 2009, Museum, Robert G. Segel, V1N3, Volume 1
← Indo-Defence 2008
Knights at the Museum: The Institute for Military Technology →
Distributed at trade shows worldwide, Small Arms Defense Journal is a bimonthly publication that focuses on small arms, accessories, gear for the soldier, new products, industry news, and defense trade shows. The first issue of SADJ was Spring 2009, which launched at the LAAD show in Rio de Janeiro, Brazil. SADJ (pronounced “sage”) is targeted toward military, law enforcement, and defense industry professionals. Our job is to reach these groups and tailor content to their interests while producing a publication that is applicable to an international audience.