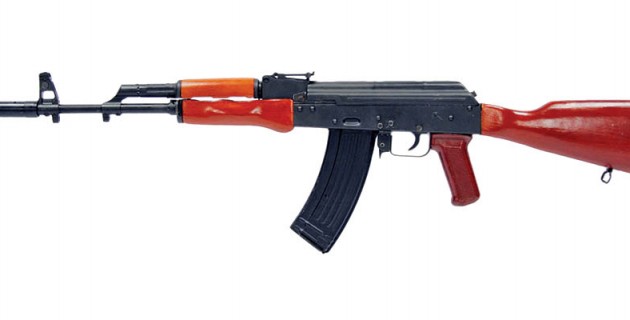 During its history, Romania was occupied by Turks, Austrians, Greeks and Russians. The principality of Moldavia and Walachia were acquired in 1861. Romania was an ally of Russia during its war against Turkey in 1877 and became independent one year later. Allied with Greece and Serbia, Romania fought against Bulgaria in 1913. In 1916, it entered in the Great World War beside the Allies. Between the two world wars, Romania was member of several alliances with other Balkan or Central European countries. The king renounced the throne in 1940, after a coup d’état organised by officers favourable to the Axis. So Romania, allied with Germany, entered the war against the Soviet Union in 1941. In 1944, the situation reversed after an insurrection managed by the communists.

A People’s Republic of Romania was established in 1947 and the country became a Socialist Republic in 1965. Romania was a member of the Warsaw Pact but did not participate in the invasion of Czechoslovakia in August 1968. In 1989, a revolution brought democracy to the country. Romania has been member of NATO since 2004 and entered in the European Community in 2007. History
In 1764, the Austrian Empress Maria-Theresa organised military units to guard the Romanian borders. In 1799, a metallurgy factory was built in Cugir, a small city located in a valley in the South of Transylvania. It had two coke kilns, two power hammers and two laminating mills.

Around 1850, the workrooms were enlarged and the equipment was modernised. In 1880, two steam engines were installed. The city became an important centre for the production of steel, railways, artillery and civil engineering equipment. Their main customers were the Austrian Empire and Far East Asian countries. On February 1, 1907, railways reached Cugir. Military Police woman with Md 2000 and Mini-Uzi at BSDA exhibition in Bucharest in May 2012. (Jean Huon)

In 1920, the Austrian company Österreichissche Statts Eisenbahn Gesellschaft received a contract from the Romanian government to install a modern metallurgy plant in Resita, in the West of the country in the state of Banat.

On March 21, 1925, a new company was founded in Paris: Copsa Mica Cugir, which combined the association of the Romanian government, the British Vickers Armstrong Ltd. and the Austrian UDR Company. New plants in Cugir were installed in 1928 and the CMC Company had a capital of 600 million of lei (Romanian money).

An agreement with Ceska Zbrojovka in 1928 permitted the factory to build the ZB 30 light machine gun under licence and CZ gained access to the capital of CMC. The ZB 30 was adopted by the Romanian Army in 1935 and CMC received an order for 5,000 guns, followed in 1937 by 90 million 7.92mm cartridges. In 1939, the Czech stocks were seized by the Germans. The first Romanian submachine gun was the Orita, manufactured in 1941.


In 1945, the Soviets prohibited weapons production in Romania. This rule was softened in 1950 and the Cugir plant made the TT 33 pistol (a special model with a safety), PPSh 41 smg, Mosin-Nagant 1944 carbines and SKS carbines. In 1963, guns of the Kalashnikov family were produced. After 1989, the armament plants were reorganized and they produced new weapons and diversified their production.

Pistols
FAC makes the Carpati Md 74 pistol, which is a .32 ACP copy of the Walther PP, with a light alloy frame. It is still used by city police. A .380 ACP Carpati Md 95 with steel frame was also produced. Assault Rifles
The Kalashnikov assault rifle has been produced in Romania since 1963. The AKM variation was designated PM63 and it received a typical front grip. It is still produced but with a conventional forearm. The AKMS (PM65) with folding stock has been manufactured since 1965, with a rear curved grip to permit the stock to be folded. This variation is still produced without the front grip (Md 65). In 1990, a new AKMS with crutch side folded stock is also made; a short barrel variation was also produced.

The 5.45×39 AK74 was produced since 1986 in Romania, with fixed or folding stock (Md 86). Later a short barrel variation with folding stock was also made.

In 1987, a new rifle was designed. It looks like the Md 86, but it uses the 5.56×45 cartridge. Stock, forearm and handguard are made of polymer and a Picatinny rail is located under the forearm. It can mount a 40mm grenade launcher. Another variation has a folding stock and a short barrel.

Sniper Rifles
Fabrica de Arme Cugir also made sniper rifles using a Mauser type bolt and receiver. Two variations exist: the PL 54 (7.62x54R) with a Dragunov steel magazine; and the PL 51 (7.62mm NATO) with a translucent polycarbonate magazine. Both had a laminated wooded stock, a commercial scope and a bipod.

They are now replaced by the semiautomatic rifle Md 74, whose design combines the Degtyarev and Kalashnikov. The frame is made of stamped steel, the stock has a built-in cheek rest and the muzzle brake has lateral holes. The scope is a 4-6 PSO-1, which permits shooting from 100 to 1,300 m. Two variations exist: the PSL 54 (7.62x54R) available in United States; and the PSL 51n (7.62mm NATO).

The 7.62×39 RPK was produced in Cugir as the Md 64. Later in 1993, the 5.45×39 Md 93 arrived. It is fitted with a transport grip that is not found on the original Russian model. A folding stock variation was also produced. Both are still in production, with curved 30- or 40-round magazines or 75-round drum magazines.

The PKM 7.62x54R machine gun was offered as the Md 66. Recently a short barrel variation & side folding stock was proposed as the “Commando” model.

Uzina Mecanica Cugir
The Uzina Mecanica Cugir (UMC) factory is located in the south of the City in a spacious area with several shooting ranges. The factory produces small and medium calibre guns where conventional production lines (lathing and milling forged steel parts) are used beside computer driven machines. Barrels are rifled by milling. Like the other Cugir plant, all the parts of guns are locally made, including the springs. Only the wooden or plastic parts are made outside.

Pistol
The Md 2000 pistol is a combat hand gun with a steel frame. It is very similar to the Jericho 941 and is used by the Romanian Army. Submachine Gun
The Md 96 looks like the Kalashnikov, but is blow back in operation. The frame has a right side ejection port, which can be closed by a flap. The stock is telescopic and can be folded to the side. The rears sight has two V notches (50 – 100 m) on a folding square protected by two ears. The front sight is in a tunnel.

Automatic Weapons
UMC still produce the DShK 1938/46 machine gun in its original 12.7×108 version with finned barrel and large muzzle brake. It is offered with various mounts (tripod with or without armoured plate or wheels, vehicle mounts, etc.).
Another development is offered in Cal. .50 Browning. The barrel has no fins and the gun can be mounted on a M3 tripod or similar with an adaptor. The muzzle brake is of the harmonica type. Both are operated with a bolt locked by two side locks. The KPV and KPVT are also made in Cugir, with all their mounts. They are recoil operated; the bolt has a rotating head and is locked by interrupted lugs. Feed is from the right or the left. The GSh 23 aircraft gun is also produced by Uzina Mecanica Cugir. It is a twin barrel gun, each has its own bolt, but the frame is common. It works like the German Gast 1918 aircraft machine gun.

The LG 40 grenade launcher is an automatic gun similar to the American XM 74. It uses the Russian 40×47 grenades or the American 40×46. Grenades are contained in a drum magazine and the gun is fired from a tripod.