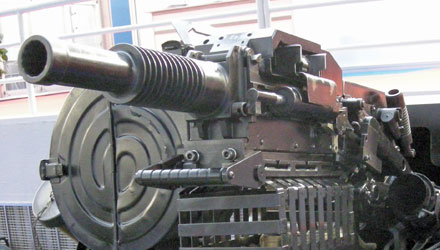 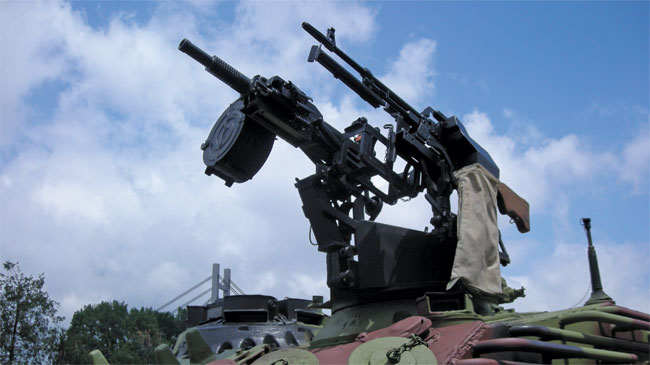 The fifth bi-annual PARTNER Serbia show was held over the course of four sunny days in Belgrade, Serbia in late June 2011.  The show has grown considerably since the first show, as well as from the previous one in 2009 (reported on in SADJ Volume 3, Number 1), having now moved into the largest of the exhibition halls in Belgrade Fair.  Expectations are that the 2013 show will have grown significantly from 2011, both in vendors and attendees.  YugoImport is the co-promoter of the show and the various factories they represent take up a significant portion of the floor space.  Various refurbishment centers and Serbian military groups make up a very impressive outdoor display as well.

Visible for the first time was the cooperation of other Balkan countries: Croatia and Bulgaria had large delegations and display areas for their defense contractors.

SADJ has been attending this show since the beginning, and we are very pleased to be attending in 2013 as well.

Some Highlights of the Show (Products Not Shown)

Beatronic Supply APS:  One of the most innovative electronics/optics groups on the planet is Beatronic Supply from Denmark.  Beatronics has put together their own products, combined with products from many other top of the line manufacturers, to create a pallet of choices that is full range.  Beatronic has Vektronics, they have high-speed video systems, and testing equipment that is needed by all in the ballistics field.  Check them out.  (www.beatronic.com)

Prva Petoletka:  Prva Petoletka had a large display within the YugoImport area and two items stood out as very interesting.  First is the MSRG-40 six-shot 40x46mm low velocity launcher – also made in 38mm as a five shot.  There were two variants of the 40mm, for longer cartridges or one for shorter HE type cartridges only.  The other was a lightweight 120mm Mortar.  (www.ppt-namenska.co.yu)

Prvi Partisan:  Ammunition manufacturer Prvi Partisan needs little introduction in the West.  They have their own product line of small arms and hunting ammunition that has been running since 1928, as well as their “under license” production for a variety of U.S. and European distributors.  (www.prvipartizan.com) 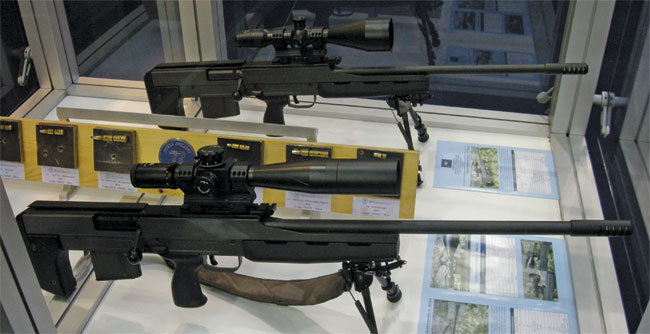 Croatia set up and displayed at this Serbian military show for the first time. Agencia Alan represents the Croatian military contractor production for export, and they had a large display concentrating on sniper rifles and anti-material rifles. Further into their display were many product lines that covered almost all of the defense industry needs. (www.aalan.hr) 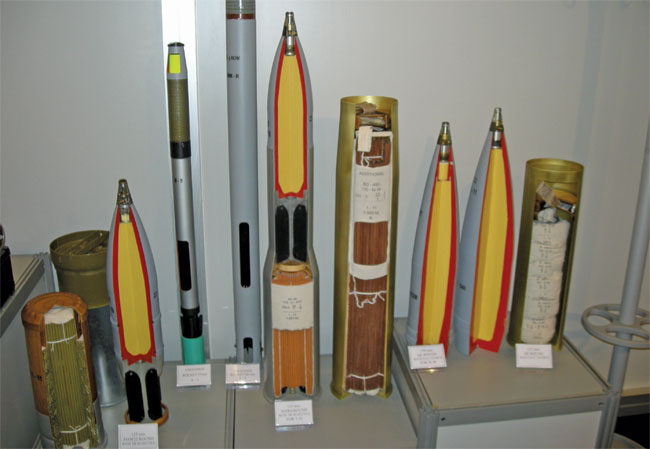 Emco is a large contractor in Bulgaria specializing in mortar, cannon, and grenades of various types. Of special interest is their new subcaliber training system for the RPG-7 and SPG-9 systems, using 7.62mm tracing projectiles that match the trajectory of the standard rounds. For U.S. contacts, info@longmountain.com For international contacts, hayduk1@eunet.rs or emco@gbg.bg 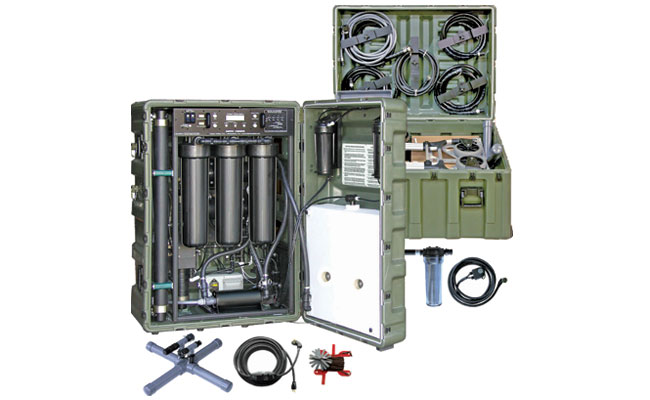 Ed Atchley from Aspen Water, Inc. had a very popular booth with his water converting portable units. Of special interest to SADJ readers who are deployed would be the Aspen 2000DM, which can purify both fresh and salt water at a rate of 1,500-2,000 gallons per day depending on input, and can use solar power to operate. (www.aspenwater.com) 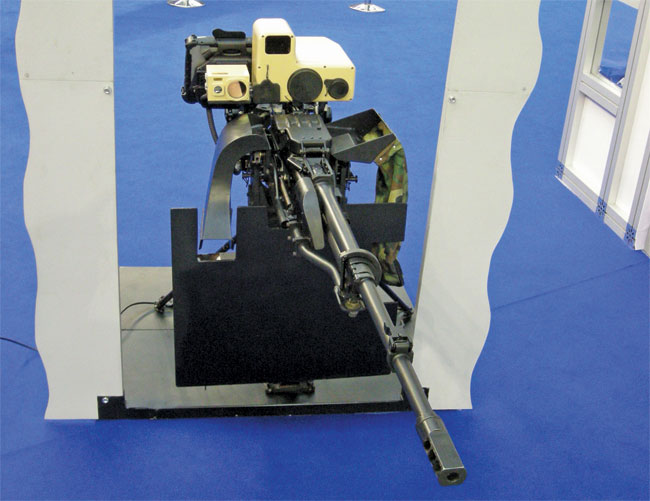 The M87 NSV tank machine gun in 12.7x108mm from Zastava has been placed into a new remote controlled operating station. 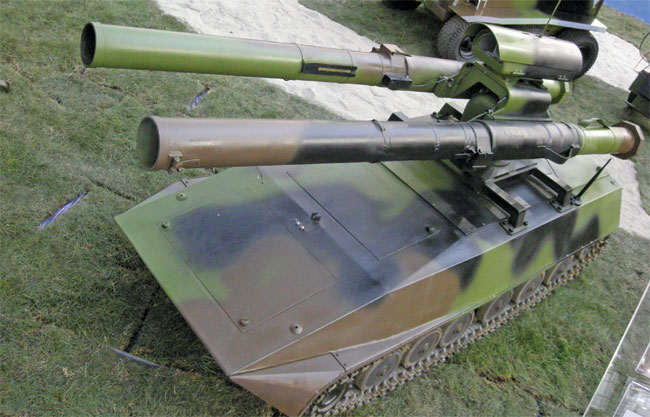 MRS, the Modular Robotic System, is a dual tracked 250 kg remotely operated vehicle that is armed with two M79 90mm rocket launchers. There are other launchers that are available such as the M91 120mm. 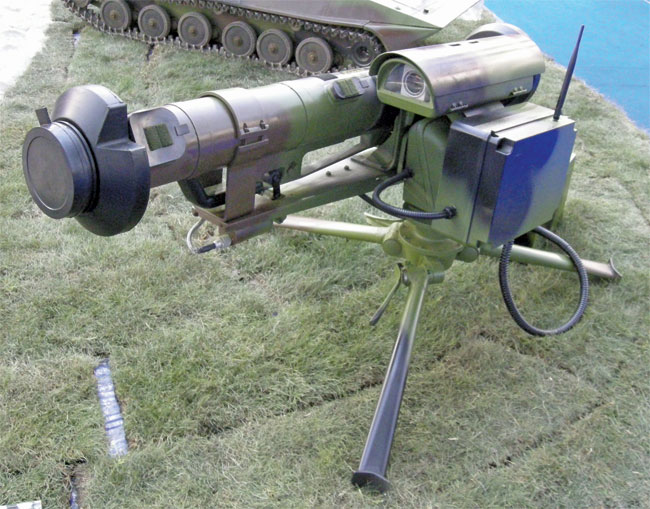 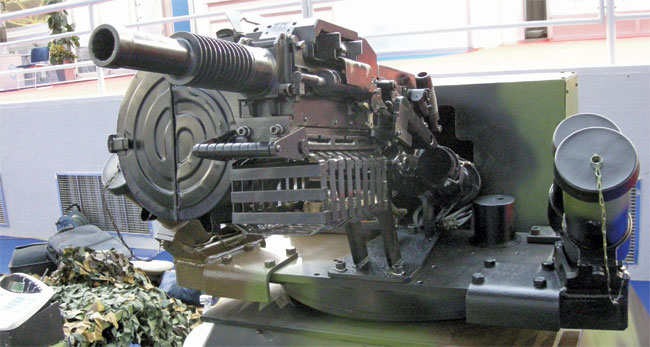 DALOS from the Military Technical Institute is a remotely operated light weapon station for mounting on an armored vehicle or stationary stand. Initial design is for use with the M86 7.62x54mm (PKT) machine gun or as shown, with the BGA30 M93 30mm automatic grenade launcher (AGS-17). 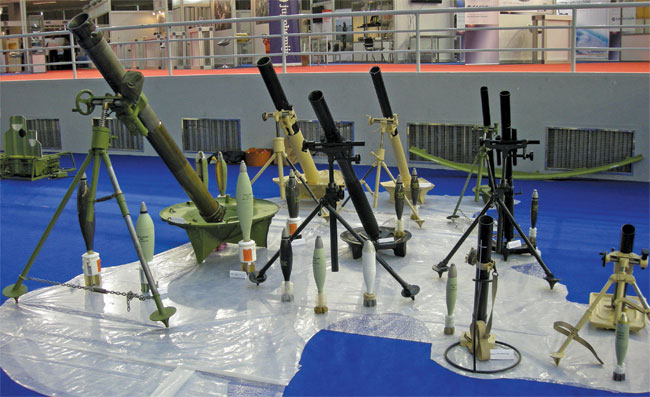 Krusik and Sloboda had their displays intermingled by YugoImport for the purposes of showing the full line that could be produced in Serbia and offered by YugoImport. Both companies offer longer range ground to ground rocket systems such as the M90 and Maljutka. 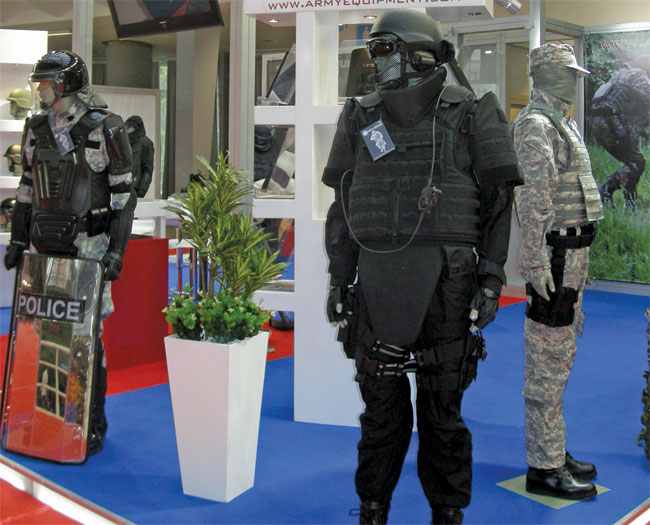 Perhaps the best known name in the Balkan region regarding military and law enforcement products is Mile Dragic Productions. MD has an amazing array of camouflage and gear for every situation, as well as high quality boots, batons, and armored vehicle programs. (www.armyequipment.com)

Tags: 2012, Dan Shea, Partner 2011, V4N1, Volume 4
← IWI X95: A Bullpup For IDF Special Forces
Symposia at Shrivenham: the 25th Small Arms & Cannon Symposium →
Distributed at trade shows worldwide, Small Arms Defense Journal is a bimonthly publication that focuses on small arms, accessories, gear for the soldier, new products, industry news, and defense trade shows. The first issue of SADJ was Spring 2009, which launched at the LAAD show in Rio de Janeiro, Brazil. SADJ (pronounced “sage”) is targeted toward military, law enforcement, and defense industry professionals. Our job is to reach these groups and tailor content to their interests while producing a publication that is applicable to an international audience.