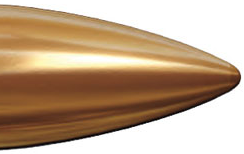 The origin of the company lies in the establishment by the Finnish government in 1923 of a cartridge factory in the town of Lapua in western Finland.  The State Cartridge Factory (as it was named in 1927) was the main supplier of ammunition to the Finnish Army during the Winter and Continuation Wars with the USSR between 1939 and 1944.  In 1991 it became an independent company under the new name Cartridge Factory Lapua, Ltd.  The next year, Lapua acquired the German cartridge factory SK Jagd- und Sportmunitions GmbH.  In 1996, Finnish military manufacturers were combined under the banner of Patria Industries; Lapua became Patria Lapua.  In 1998 Patria Industries Oyj from Finland, Celsius AB from Sweden and Raufoss ASA from Norway together formed the Nammo Group (Nordic Ammunition).  In Finland, Nammo Lapua Oy became part of the Nammo Group.  Since 2005, Nammo AS has been 50% owned by Patria Oyj and 50% by the Norwegian government.

The core business of the Nammo Group is the development, testing, production and sale of military and sport ammunition, shoulder launched weapons systems, rocket motors for military and space applications and leading global services for environmentally friendly demilitarization.  Nammo is present in eight countries with a total of eighteen production sites and sales offices.  The group operates through its five business units: Small Caliber, Medium & Large Caliber, Missile Products, Demil, and Nammo Talley.  The Small Caliber Group is based in Finland and manufactures military ammunition under the Nammo brand with the Lapua name used for commercial target, hunting and special purpose ammunition.  All of Lapua’s special purpose ammunition is produced to the same match grade requirements as their target ammunition.

1) Nammo Non-toxic: 5.56mm.  Most ammunition contains lead and other toxic material, which is increasingly a problem given growing public awareness of environmental issues and ever more stringent requirements to protect the environment.  This affects the armed forces, with many of the existing small arms training ranges likely to close due to potential groundwater contamination.  The problems are even worse in the closed quarters of an indoor range.

Nammo has responded by developing non-toxic ammunition free from heavy metals in the projectile, powder and primer.  While initially used for training this has been designed to achieve full military performance, at least as good as existing lead-cored ammunition.  This is NATO qualified in 5.56x45mm ball and 7.62x51mm ball and tracer loadings and has been in service with armed forces and federal agencies for several years.

The 5.56mm ball resembles the SS109/M855 bullet in being an FMJ design with the gilding metal jacket fully enclosing the core except at the base, and with the front part of the core consisting of a hardened steel penetrator.  The difference is that the rest of the core is of steel rather than lead.  The first version of this ammunition, designated NT 4 HP, was NATO qualified in 2004 by which time it was already in service with Sweden and Norway.  In 2009, complaints concerning health issues began to arise from Norway concerning the use of this ammunition with their new HK 416 rifles in indoor ranges.  After a detailed investigation the source was identified as copper and zinc emissions resulting from the interaction between the bullet and the relatively tight HK 416 barrel (interestingly, while the NT 4 HP produced more such emissions than the M855, it produced fewer than the M855A1).  A redesign effort resulted in the BNT 4 HP Mk2, which significantly reduced the emissions while delivering improved accuracy (equal to or less than 2 MOA) and enhanced penetration (3.5mm steel plate at 700 m, compared with 550 m minimum requirement for SS109).  Lethality is also improved, with the bullet beginning a rapid yaw after penetrating less than 2.5 inches (60mm) into a soft target.

3) Lapua Armour Piercing Incendiary: .338 Lapua Magnum.  The origin of this cartridge lies in a 1980s project by the U.S. company Research Armament Industries to meet a USMC requirement for a long-range sniper rifle, based on necking-down the case of the old .416 Rigby big-game cartridge.  This was unsuccessful but a few years later Lapua picked up the idea, reshaped and strengthened the case to withstand higher operating pressures, and launched it as the .338 Lapua Magnum.  With an effective range of up to 1,500 metres, this has become highly successful and has been adopted by many armies for long-range sniper rifles.  For example, British Army snipers switched over to this calibre a few years ago, replacing the 7.62×51 NATO.

Lapua offers a wide selection of .338 LM ammunition including Ball, Armour Piercing, Armour Piercing Incendiary, HPBT, Blank and Drill cartridges.  The trajectory of most of the bullets is tailored to match, so there is no need to change the sight setup when changing a bullet type.

The Armour Piercing Incendiary loading is part of the trend to use pyrophoric (spark producing) metals in the bullet tip rather than chemicals, both to signal the point of impact against a hard surface and to have some incendiary effect after penetrating.  In bullets from other makers titanium is typically used for this, but Lapua has chosen to use zirconium tip in front of the hard metal penetrator.  The 253 grain bullet is launched at 2,935 fps and is still travelling at 1,518 fps at 1,000 yards.  When zeroed at 300 yards, the bullet strikes 4 inches high at 100 yards and 5 inches high at 200 yards.  If zeroed at 600 yards it shoots 25 inches high at 300 yards and 58 inches low at 800 yards.  A 13 fps (9 mph) crosswind will deflect the bullet by 4 inches at 300 yards and 19 inches at 600 yards.