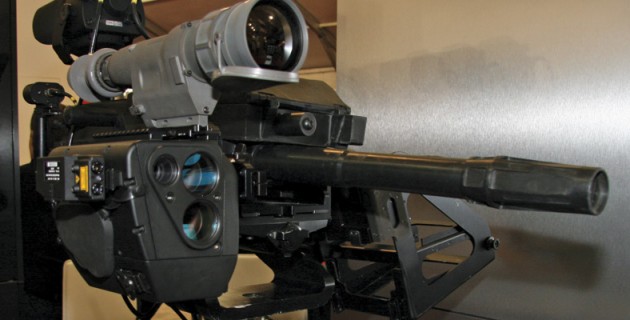 “Right now we’re at a greater risk of being a nation with our capability eroding out from underneath us.”  – Brigadier General John Jansen, Assistant Deputy Commandant for Programs and Resources, Headquarters Marine Corps

Speaking at the invitation-only Report to Industry at MDM Expo 2013, Jansen‘s bleak assessment of the harsh realities facing the Marine Corps in light of draconian budget cuts and resulting necessity for sharply cutting manpower, went right to the heart of the matter.  “Our Commandant’s priorities are to maintain our forward presence and current readiness,” he said.  “To do that, we will have to accept risk in major combat operations.”

Long-ongoing combat operations, notably in the Middle East, will certainly be followed by others that are very different due to the shift in emphasis to seaborne deployment in the Asian Pacific Rim.  Mitigating these current and emerging risks is top priority for the Corps’ leadership.  Lieutenant General Kenneth Glueck, Jr., Deputy Commandant for Combat, Development and Integration, provided his perspective.  “We’ve gone from being expeditionary to ground combat in Iraq and Afghanistan.  Now we’re going back to expeditionary,” he said.  “We really are going ‘back to the future.’” Manta’s Kate Michal explains the virtues of the barrel sleeve component of the M2-OPS Operator Protection System that shields .50 caliber BMG gunners from barrel burns. Other versions of this no-melt marvel slip over suppressors and barrel hand guards. www.manta.us

Brigadier General Frank Kelly, head of Marine Corps Systems Command, assured industry representatives that the door was wide open for partnership in meeting the challenges. “We’re looking for your feedback and questions,” he said, “we have highly dedicated people with one thing on their minds: serving our Marines.  These are the kind of folks you want to do business with.”  Then, Kelly was brutally frank in responding to an attendee’s question, “How does this end?”  “It doesn’t end,” he cautioned.  “If you look at our ups and downs since the 1940s, you’ll see we were due for a turndown.”

The “Semper Fidelis” Corps is badly bruised from the one-two punch of hardware worn out from more than a dozen years of war and short-rationed by congress, and was sending a clear message to current and aspiring suppliers:  Warfighting has always been a dirty job.  And getting worse.  What can YOU do to help us? One-on-One
The Report to Industry followed a long previous day of targeted appointments with specific Program Managers from Marine Corps Systems Command.  Each lasting about a half hour, these one-on-one meetings allow industry representatives to pitch their goods, gripes and whatever else, directly to the heads of each of SYSCOM”s compartmented operations.  Of particular interest to our readers, Infantry Weapons Systems’ Program Managers were scheduled to meet in turn with more than 30 reps ranging from the small business firm of Geissele Automatics to defense giant Boeing.

We had the opportunity for informal, back-channel discussions with some well-placed industry and military/government participants.  While discretion necessarily prohibits identifying them, it was encouraging to receive their assurances that critical combat requirements for deployed Marines were at the top of the funding list. Doing “more with less” was a common theme, exemplified by a renewed effort at enhancing capabilities of the Corps’ venerable M40 series sniper rifles.  While the most obvious manifestation of this is the imminent award of a contract for a state-of-the-art chassis stock system for a new A6 version, we hold out hope that recognized limitations from existing 7.62mm loads and their launch tubes will soon be overcome.  And, we’re assured, new contracts will certainly yield significant economies due to both fierce competition and a “support the troops” attitude.

Under the Big Top
Billed as “the world’s largest military exposition focusing on enhanced capabilities for expeditionary forces,” this year’s Modern Day Marine Expo was held from September 24-26, aboard Marine Corps Base, Quantico, Virginia.  Co-sponsored by the base, the Marine Corps League, and Marine Corps Systems Command, the 33rd MDM showcased the products and services of more than 400 companies that support military land, air and sea operations. Dave Jones, military and federal sales rep for SIG Sauer, explains features and benefits of SIG’s short stroke pushrod gas system MPX-K ‘Next generation submachine-gun’ to Sergeant Russell Injerd, an instructor at Quantico’s Office Basic School. Easily convertible to 9mm NATO, .357SIG or .40S&W, the SIG MPX is said to be the only submachine gun that allows the operator to change barrel length, caliber and stock configuration in the field to meet mission requirements. www.sigsauer.com

Once again, exhibits at this year’s exposition filled three enormous, modern, climate-controlled tents, as well as the spacious outdoor display area, presenting the latest operational equipment and technology, along with videos, models and prototypes of items soon to enter service.  Defense contractors from throughout the U.S. and some allied nations signed on to show their products and services, get feedback from the warfighters, and respond to questions.  Much of the equipment now used by Marines and other U.S. and allied forces confronting enemies in Iraq, Afghanistan, and around the world was first presented to military leaders, operations planners and acquisition managers at previous editions of the expo. ONR (Office of Naval Research) showed the Multiple Weapon Control Sight (MWCS), a joint development with L3 Insight in response to the Marine Corps’ request for an improved sighting system for the M203 grenade launcher. Reprogramming its on-board ‘brain’ adapts the MWCS to a variety of current infantry weapons. www.onr.navy.mil

The Marine Corps Warfighting Laboratory at Quantico is part of the Development Command and responsible for improving current and future naval expeditionary warfare capabilities for the Marines and their amphibious roles and missions.  Also at Quantico is Marine Corps Systems Command, principal agency for acquisition and sustainment of systems and equipment for the Marines’ warfighting mission.  Many of the personnel who staff those organizations took advantage of continuously-running shuttle buses to visit the exhibit halls and discuss missions, capabilities and requirements with defense industry professionals.

Guns and Ammo, Sights and Accessories
While this latest MDM Expo was understandably a bit lighter on exhibitors, it was still jam-packed as usual with thousands of items needed for expeditionary warfare.  SADJ’s mission is always to find the best guns and related gear on display that maximize lethality in the infantry grunt’s dirty and dangerous world. John Chapman of Beretta Defense Technology answers questions from Marine Sergeant John Gaglione, an instructor at Quantico’s Weapons Training Battalion, as he checks out the new ARX 100 carbine. This is a new, U.S.-made, semi-auto only version of Beretta’s ARX 160 military series rifles for law enforcement and civilian sales. www.berettausa.com

There was plenty to catch our attention at dozens of elaborate display booths manned by representatives of the world’s foremost arms merchants.  This year’s roster included offerings from prominent names like Barrett, Beretta, Colt, FN, General Dynamics, Glock, HK, Knight’s, Remington, Rheinmetall, Ruger, and SIG Sauer.  Other worthies, including Geissele, Long Mountain, LWRC, Magpul, and more are at no disadvantage because of the seemingly continuous flow of combat hardened Marines who eagerly zero in on “the good stuff.”

While an array of combat-support offerings were prominent at this year’s show, there was no shortage of new and improved hole-punching hardware.  Hard and often bitter lessons learned from the last decade of unforgiving urban and open terrain combat have given rise to plenty that’s “new and improved.” What follows here is a photo essay zeroing in on some notable examples of weapons, ammo, sighting devices and mounting systems.  Although space requirements necessarily limit the number of examples shown, a full listing of exhibitors and other information may be found at marinemilitaryexpos.com.

Honors and Awards
With so many high-level Marine leaders converging on the Expo, it works well to put several ceremonial events on the schedule. At Wednesday morning’s colorful Enlisted Awards Parade, featuring the world-renowned USMC Drill Team and Drum and Bugle Corps, eleven outstanding Marines and one Navy Corpsman were honored. Gary Gregory of Ashbury Precision Ordnance was on hand to show the features and benefits of their offering to the Marine Corps solicitation for the M40 Modular Stock Program. We’re told it is an evolution of Ashbury’s Saber-Forest Modular Rifle Chassis System in collaboration with TSSI. www.ashburyprecisionordnance.com

Modern Day Marine 2014
Next year’s Modern Day Marine Expo is scheduled for September 23-25, once again at MCB Quantico, Virginia. This is the largest of three related shows where exhibitors meet the Marines on their own turf.

Marine West Expo, slated for January 29-30 at Camp Pendleton, CA, and Marine South Expo, April 9-10 at Camp Lejeune, NC, are held at home installations for two of the Marine Corps’ expeditionary forces, which are continually training and dispatching fighting elements to a broad spectrum of missions around the world “in the air, on land, and at sea.” Exhibitors at the Marine Military Expos meet and exchange information, face-to-face, with not only the users of their equipment but also the men and women responsible for equipping the Corps, tasked with a broad range of existing and emerging demands.

In addition to displaying products before thousands of users, Marine Military Expo exhibitors also exchange information with their target audience, listen to their needs and gain valuable insight into what works best in a wide array of combat, combat support and combat service support situations. Marines who have recently returned from wartime missions not only provide feedback but also convey suggestions and ideas that are often considered and adopted in designing or improving equipment and systems.

The decision-makers and procurement experts want and need to meet and attend the expos for up-close and personal exposure to the leading-edge equipment, systems and services – and solutions – their Marines need for the years ahead. At the Marine Military Expos, networking opportunities among the buyers, the users and defense industry professionals are unlimited. Take advantage of those opportunities for your company by exhibiting at the Marine Military Expos: www.marinemilitaryexpos.com