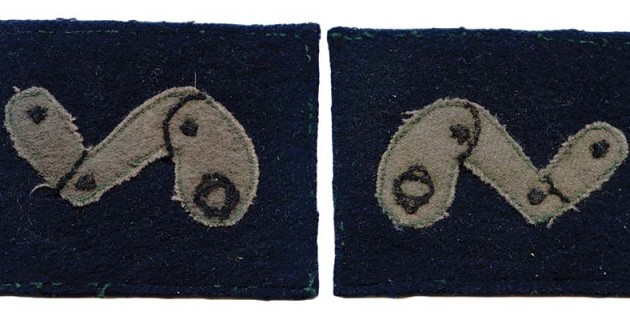 ABOVE: British Machine Gun Corps shoulder patches as adopted for the 101st Machine Gun Company. This rare and unique patch features the image of a fusee and chain that could be considered the heart of the Vickers machine gun. The fusee converted the tension of the fusee spring (main operating spring) into a rotary energy that powered the Vickers lock (bolt) in its forward movement into battery after recoil. 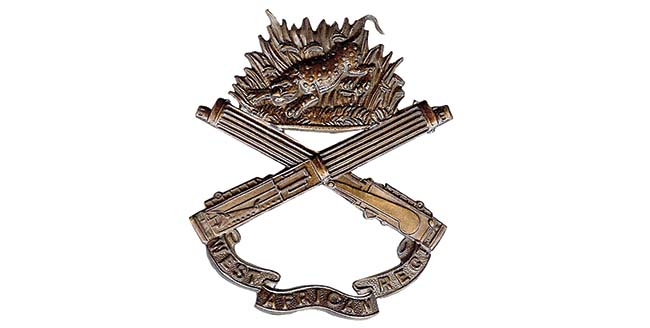 Send off and return parade ribbons. Goodbye and Good Luck, and Victory Welcome Home silk ribbons for the 149th Machine Gun Battalion. The 149th Machine Gun Battalion of the 42nd “Rainbow” Division fought at Champagne-Marne, Aise-Marne, St. Mihiel, Meuse Argonne and Defense Sector during World War I. They received a send-off parade on August 25, 1917 and a victory parade upon their return. 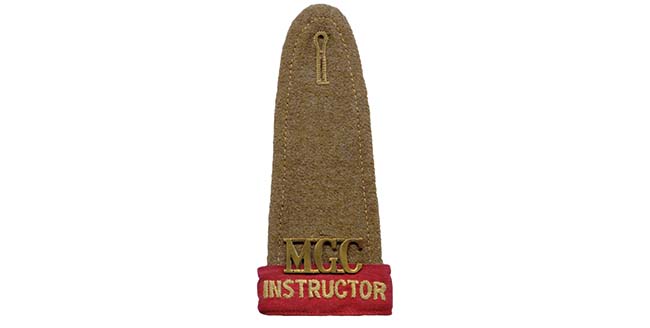