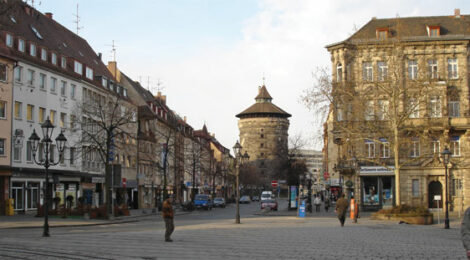 The 37th annual International Trade Fair for Hunting and Sporting Arms, Outdoor Articles and Accessories, was held in Nürnberg, Germany, from March 12-15, 2010. Formerly the Internationale Waffen Ausstellung, (International Weapon Exhibition – the show is frequently referred to as “IWA,” despite the change in name). As one of the largest European tradeshows dedicated to shooting, hunting, and outdoor activities, nearly 600,000 square feet of exhibition space was filled by nearly 1,100 exhibitors from more than 50 countries, including over 100 exhibitors from the United States. Approximately 30,000 individuals from over 100 countries attended the show. Of note were several new product releases from well known and lesser known manufacturers.

German Sport Guns
Following the success of the GSG-5, German Sport Guns announced the release of a new .22 caliber pistol. Available in 5 variants, the GSG-1911 is a dimensionally accurate to a full sized 1911 pistol. The five variants include target, tactical, standard, and a fancy presentation model. Retail price is expected to be approximately $400. In addition to the complete pistols, German Sport Guns also displayed a .22 LR conversion for shooters with an existing 1911 frame.

The lawsuit with Heckler and Koch over the GSG-5 has reportedly been settled, with minor cosmetic changes made to the (former) GSG-5. Now named the GSG-522, the changes to the family of firearms are minimal and cosmetic in nature. Additional information may be found online at http://www.gsg-waffen.de.

Tula Ammunition
Tula Cartridge Works of Russia displayed a cute 5.45×18 cartridge, reportedly for training and sport shooting. The design appears to be a combination of a 9mmx18 cartridge, necked down to accept a 5.45mm projectile. According to press material released by Tula, the projectile features a 40-grain projectile, moving at 1,050 feet per second. No information was available about pistols or carbines chambered to fire the cartridge. 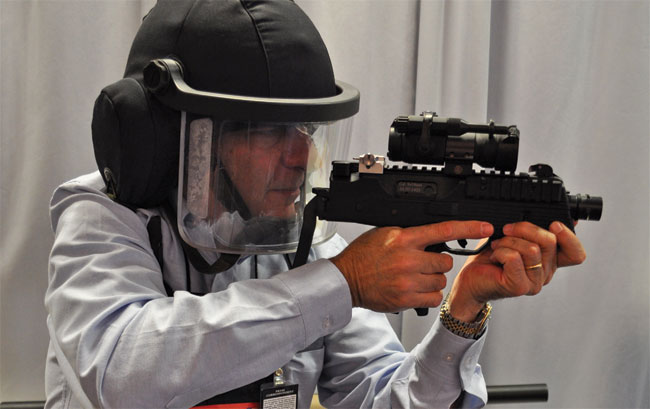 Brügger and Thomet MP9
Brügger and Thomet displayed an updated version of the MP9 9mm SMG, and a newly released .45 ACP version. Initial reports indicate that the newly issued .45 ACP SMG may be issued to a (yet unnamed) police agency for daily use.

The firing system is a blow back design, with light recoil. Designed to be ambidextrous, the safety, charging handle, sling attachment and magazine release functions are designed to allow left or right handed operation. Measuring 30 cm with the stock folded, and 52 cm with the stock extended, the system is smaller and more compact than a Heckler and Koch MP5A3 SMG.

B&T 40mm Reload System
Recognizing the high cost of 40mm training ammunition, Brügger and Thomet displayed a field portable 40mm reload system. With the system, 40mm foam training rounds may be reloaded quickly and easily for re-use by replacing the .38 caliber blank cartridge used to propel the foam projectile, and reseating the foam projectile. Independent tests show that the foam projectiles can be reused as many as fifty times before replacement. For a law enforcement agency on a budget, the system may prove to be an efficient use of budgetary funds while also allowing practical training with the 40mm system. 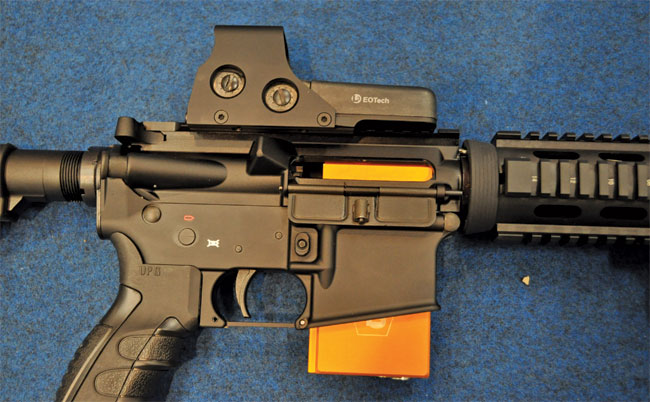 Schmeisser
Schmeisser has returned to the market after an extended absence. While at the show, Schmeisser promoted a new weapon lock, designed to render an AR-15/M16 type rifle inoperable. Utilizing the magazine well, the lock fits up and into the chamber of the rifle, while concurrently locking the bolt to the rear. Upon locking the mechanism, a bolt extends forward into the chamber. In this manner, the bolt is locked to the rear (preventing the weapon from being easily taken apart) while also preventing a magazine from being inserted, and ensuring that the chamber is clear. As of press time, no pricing information was available.

Zestava Arms
Zestava displayed the new Hawkeye M07 bolt action rifle, chambered in .308 Winchester. Built on a Mauser type action, the rifle is reportedly capable of sub-MOA accuracy. As the IWA show is a sport-themed show, the rifle displayed was dressed as a sport rifle, but Zestava representatives indicated that the rifle is fully capable as for use in the designated marksman role. Weighing 5.4 kilograms, with a muzzle velocity of 840 meters per second, the rifle is well suited for both civilian and military roles.

IWA 2010 was a great success, and offered a glimpse into the European firearms markets. The 2011 show is scheduled for March 11 – 14, 2011. Additional information regarding the show can be found at www.iwa.info.