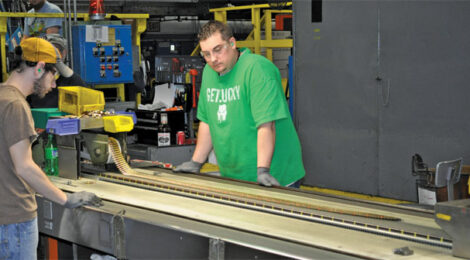 Ammunition Mecca in Middle America: A Visit to the Lake City Ammunition Plant

Freshly loaded .50 BMG rounds. Each color used to seal the primers represents a separate loading machine, allowing defective rounds to be tracked back to the machine that loaded it.

In the Global War on Terror, ammunition is a necessary commodity to fight a war.  Luckily, with good logistics and supply chain management, little thought is given to where the ammunition actually comes from.  As the sole remaining U.S. Army ammunition factory, the Lake City Army Ammunition Plant invited a small group to tour the factory facility.  Commonly known as “Lake City,” the plant is located outside Kansas City, Missouri, occupies 4,000 acres, comprises more than 400 buildings, and currently employs over 2,700 employees.

Created by (then) Senator Harry Truman, ground breaking and construction commenced on December 26, 1940, with completion and opening of the facility in the summer of 1941.  The timing was fortuitous, as the United States entered World War II less than six-months later.  The facility has been producing ammunition on a near daily basis ever since.  Operated as a government owned, contractor managed facility, the facility is currently managed by Alliant Techsystems, commonly known as ATK.  ATK has managed the plant since April 3, 2000.

In 2005, the Government Accounting Office (GAO) conducted a study on the availability of ammunition, and the condition of the defense manufacturing base.  The GAO found that following the end of the Cold War, the U.S. Government significantly reduced the number of small and medium caliber ammunition and eliminated all but one government owned ammunition-producing facilities.  Since 2001 and the Global War on Terror, demand for ammunition has increased significantly.  According to the 2005 GAO study, between fiscal years 2000 and 2005, total requirements for small caliber ammunitions more than doubled, from about 730 million to nearly 1.8 billion rounds, while total requirements for medium caliber ammunition increased from 11.7 million rounds to almost 22 million rounds.  In 2006, official production of small arms ammunition did not meet the demands of the U.S. military, and the U.S. Government was forced to buy ammunition on the commercial market and from foreign supplies.

The increase in demand by the U.S. Government necessitated modernization of the facility; production rates could no longer meet the ever increasing government demand for high quality small arms ammunition.  The modernization effort was approved by Congress, to the tune of $52 million dollars to allow replacement or refurbishment of cartridge production equipment, and to allow facility improvements.  Due to the modernization, the facility has been able to increase capacity to address current needs, with the ability to increase present production to meet future needs.  According to a U.S. Army official, the Army plans to replace and refurbish ammunition production equipment at the facility through fiscal year 2011 and beyond.

5.56 cartridge cases are manufactured at a rate of 1,200 cases per minute.

A lot has changed since 1940, and yet the plant is remarkably simple.  Raw materials come in, and finished ammunition goes out.  Nearly everything is manufactured on site – primers, brass cartridges, and projectiles are all made on site, in a variety of sizes and calibers.  Four types of ammunition are manufactured on site – 5.56mm, 7.62mm, .50 BMG and 20mm.  The small arms ammunition – 5.56mm, 7.62mm, and .50 BMG – are produced from raw materials, while the 20mm ammunition is assembled from components delivered from off site.  In the ten years of operation, ATK has delivered 10 billion rounds of ammunition to the U.S. Army.  As a testament to the importance of the Lake City Facility, Army Chief of Staff Gen. George W. Casey Jr. visited the plant in October 2009.  “I’m out here on my first trip to Lake City Army Ammunition Plant, and I’m hugely impressed with what I’ve seen here.  Lake City Army Ammunition Plant is a critical manufacturer of small caliber ammunition.  We are using 20 million rounds per year in Afghanistan.” Casey said.

M62 7.62mm tracer ammunition, waiting to be belted and loaded.

Karen Davies, Senior Vice President and President for Alliant Techsystems provided additional insight into the modernization process.  “Soldiers don’t think about their ammunition.  They know it’s going to initiate and function.  That’s the best possible feedback from our endeavors at modernization.  We’ve implemented a lean six-sigma model within the modernization as a means of ensuring quality throughout the manufacturing process.  We’ve also sought to increase awareness and control throughout the ranks of our employees as a means of incorporating improvements throughout the production process so that we are not reliant upon testing performed at the end of production.”  Given the current needs of the Army within the Global War on Terror, the Lake City facility has a heavy burden to produce and deliver.  Given the modernization efforts and the patriotic nature of the employees, there is no doubt that the Lake City facility will continue to produce high quality ammunition for the U.S. Army soldier. 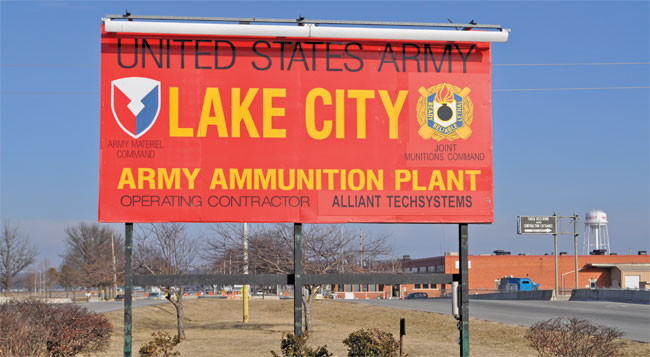