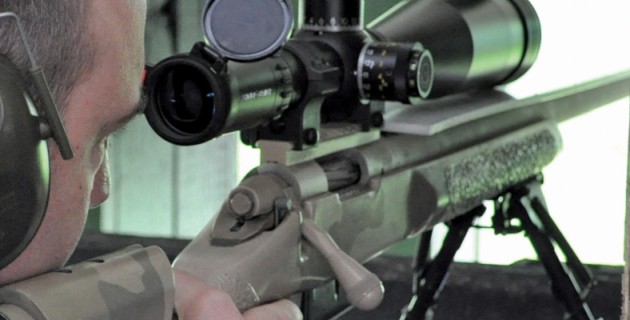 The corporate symbol for Sirarms rifles is the halberd; a two-handed pole weapon (5 to 6 feet long) that consists of an axe blade topped with a spike mounted on a long shaft with a hook on the back side of the axe for grappling mounted combatants.  For over two centuries, the halberd was one of the most valuable tools of war in use among soldiers, a weapon that allowed them to be able to withstand cavalry charges, unseat the attackers and counter attack.  The emotional appeal to its effectiveness in the field therefore makes the brand mark of the Suzzara factory the appropriate symbol to represent the main objective of founder Antonio Sirini: build weapons unsurpassed in reliability and effectiveness.

Background
The Sirarms company, whose name incorporates the initial part of Antonio Sirini’s surname and the indication regarding its activities related to weapons, was founded in 2007 as a wholesale importer of semiautomatic rifles (DPMS – U.S. production) inspired by the mechanics and modularity of the ArmaLite AR-10 and AR-15 carbines.  Besides the importation of weapons and driven by Antonio’s strong passion for long distance shooting, his desire grew to also assemble high-precision rifles.  The idea, carried out with the help of partners boasting considerable experience in the field of precision engineering, the desire soon became a project and in the same year they started a series of studies designed to produce a prototype.  Following its realization, a string of fast-paced experimental sessions began, and, over time, after analyzing the feedback, they had a template for a new business.  Thus began the production of the first Sirarms rifles, initially assembled with components of U.S. origin, for example, working parts from Lawton Machine. Middle part of the weapon, which is also its center of mass.

These products, due to their excellent performance in the field, are immediately a great success, but for those who aim to achieve production standards close to perfection, there are always changes to be made and fine details to be perfected.  The path that leads to the Sir40-24 is, therefore, on the one hand characterized by the fulfillment of very complex technical-scientific investigations and, on the other, by the constant experimentation in shooting ranges to collect as much empirical evidence as possible.  The Mantua company’s decision to enter into the small group of Italian bolt-action rifle producers, and not simply as assemblers is an intriguing story that touches the especially delicate matter of state law when it comes to firearms trade: the American legislator, limited to certain firearms products, in fact, does not allow foreign importers to market those particular imported products outside their country of first destination, i.e.: that of the importer.  For a manufacturer, that fact alone is very limiting in terms of business prospects and Sirarms, which wanted to impose no limits regarding its market, is in fact having to design and build one of the most important parts of their rifles: the action.  The only weapon parts made abroad were thus the semi-worked rod (40% of which were worked on in Italy) that would become the barrel, the stock – it would soon be replaced by one produced by Sirarms – and the magazine.  The rest, other than optional accessories, is proudly Italian.  The manufacturer still turns to the American public in a spirit of brotherhood and admiration and can we say that the Sirarms weapons in general have a close affinity with the North American school of weapon-making.

Side view of the Sir40-24 used during testing.

The Materials Used
The idea behind the design of the Sir40-24 is to have a rifle with supreme accuracy, superb mechanical build, constructed only from the best materials and thus give it an all-round performance of the highest order.  We list the materials in descending order by weight: Barrel, action, bolts and rails are made from solid blocks of stainless steel alloy known commercially by the acronym “Type416.”  It is an alloy of steel-based metals characterized by a high compatibility with mechanical machining and, after treatment, by its exceptional resistance to oxidation, corrosion and friction even at very high temperatures (roughly 650° C).  The high percentage of chromium on the surface combined with subsequent lapping-polishing makes the mechanical alloy Type 416 highly prized in the construction of decidedly valued mechanical products.  The selection of semi-finished blocks containing varying percentages of molybdenum allows final calculations to be made regarding a precise and costly heat treatment process to improve the mechanical properties of the item depending on the stress and pressures to which the end product will be subjected.  The A5 type stock produced by the McMillan in America is made of high-resistance technopolymer made from mixed composition of thermoplastic-resin and the bolt’s knob is made from an aeronautical alloy “type 7075-T6.”  The other steel accessories are the bipod and rings for the scope, which, however, are not strictly speaking weapon parts.

The Barrel
This is also made of stainless steel “type 416” and is furnished by Benchmark in America, already bored and grooved ready for assembly.  It is a component that can be customized on request of the customer both in terms of length and shape, however, in general, it has a standard length of 24 inches and a particular shape: the first part, corresponding to the entire length of the chamber, is perfectly cylindrical with a diameter of 1.4 inches, after which the barrel becomes conical in shape all the way to the muzzle with a diameter of almost an inch. View of the bolt completely open: one can note the release lever and some lubricant retained by the fluted bolt.

It is a component which, in addition to the higher rigidity, also has a higher thermal inertia.  Sirarms only uses fluted barrels for large caliber rifles in order to limit the overall weight, therefore, the Sir40-24, .308 Winchester, has a traditional barrel.  The rifling is made by a process of buttoning and consists of 6 right handed grooves with a twist rate of 1 in 10 inches.  This solution allows the rifle to shoot a large range of well stabilized bullets in terms of weight: from 155 to about 200 grains.  The manufacturer recommends the use of rounds in the 168 to 175 grain range.  The chamber meets the dimensional values defined by SAAMI (Sporting Arms and Ammunition Manufacturers’ Institute).  Another interesting feature regards the muzzle, with the ribbed tube encased within a shock protection and with an angle of interruption of the grooves equal to 90° in respect to the front section of the barrel.

The Action
The short action is used, identical to those used mainly for firearms ranging from .223 Remington up to the .300 Winchester Short Magnum, whereas the .300 Win Mag up to the .338 Lapua Magnum use the long action, which in turn is different to those used on the third type of caliber: the ultra magnums.  The component, which is obtained by machining a cylindrical block of stainless steel, is heat treated so as to obtain satisfactory values of hardness and toughness both internally and superficially.  The lapping is carried out in two distinct phases either side of heat-treating: on the one hand it increases the resistance of the action to oxidation and corrosion, on the other it improves the homogeneity of the surface.  The length of the front, in the direction of the muzzle, is much longer than conventional actions and this choice demonstrates the clear desire of the manufacturer to reduce the stress on the thread when mounting barrels, which are long and heavy.  More generally, as will be observed later, all parts of the weapon that need to be resistant are oversized to ensure better absorption of the pressures and stress from shooting.  In the lower front end of the action there is a milling that is used to insert the locking pin of the recoil lug, whose appearance resembles that of a plate molded to form a ring that allows the perfect coupling of the barrel and the pulling action to the stock to allow a solid and stable unit to be created.  The size of the action is much larger than usual and creates a greater interaction with the butt, allowing a better absorption of the recoil forces when shooting.  The general build and weight of the components allow for a better dispersion of the aforementioned forces and thus allows for a smoother and sweeter recoil felt via the stock.  Another peculiarity of the action is that is built with two oversized cams, the one in front and the other, synchronized to it, at the end.  This solution allows a smoother bolt action movement which (the bolt) is perfectly balanced, and, in case of an emergency, allows for easier opening in case of a blockage.  The space for the bolt’s lugs is created via electrical discharge machining, although it is the most expensive of the mechanical operations, it permits the projected shapes and quality of the mechanical components made from solid steel blocks to fit perfectly once completed. The metal trigger guard is encased in the receiver and the front part plays host to the magazine well.

The specific tolerances are therefore desired and necessary to avoid jamming.  In the lower part of the action one can see the well into which  the magazine is inserted, not present in the single-shot weapons.  The feeding slide, the development of which facilitates the insertion of the bullets is designed in such a manner that there is only contact with the cartridge and not the round itself as should be the case.  The space for the trigger mechanism is similar to that of the Remington and it is therefore no surprise that the classic package is used with a manual safety slide.