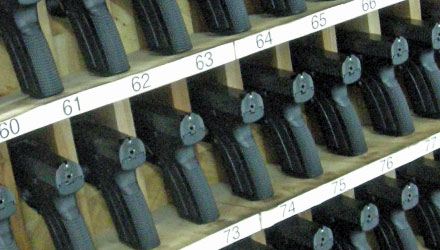 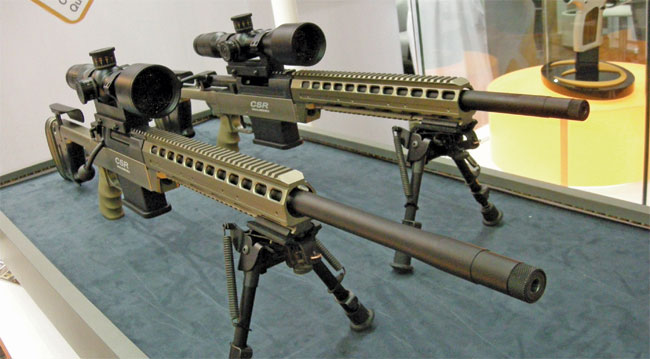 19 February, 2011.  A small group of firearms community writers from the United States had been invited to the Caracal facility in the United Arab Emirates.  (David Fortier, Bryce Towsley, Tim Ford, and Mike Seeklander joined this author).  We gathered at our hotels in the morning, and were taken to the facility where we were greeted by Saeed Ali Al Shamsi from Caracal and given the grand tour of the manufacturing facility.  Speculation abounded as to whether or not the UAE company was actually doing the manufacturing in-country or simply assembling parts.  We were pleasantly surprised.

The Caracal program is sign of a sea-change in Emerati thinking regarding their future.  The UAE is an oil-based economy, and having one cash product is always risky and the possibilities of undermining their own success are constantly there.  With the location of the seaport and the geographic locations in regard to customers in the EU, Africa, and the Mideast, raising the gross national product a few notches and diversifying income streams is a bit more readily done, with the proper choices.  The Emiratis have opted for developing a tourism base in the economy, but a strong faction also wants to build a solid, respected manufacturing base.  They’re off to a good start.

At the Tawazun Industrial Park, there is an ammunition manufacturing facility; formerly the Adcon plant, now Caracal Ammunition.  Emirates Precision Industries (EPI) is in the park adjacent to the Caracal facility.  While Caracal is assembling the pistols and now sniper systems, the work is not reliant on importation of all subassemblies: only some springs and pins are imported at this point.  The balance of the actual main assemblies are all made right on site at EPI.  The injection molding is done for grip-frames, and the ranks of 5-axis CNC milling machines, lathes, and one-off production pieces were impressive.  We saw vacuum hardening, cryo-treatment, gas atmosphere finish application, standard heat treatment, bluing, and a variety of other machines which were available to work on anything up to aircraft frame parts (smaller), drill heads for the oil fields, as well as the firearms projects.  Both a Carl Zeiss and a DEA measurement table setup ensured up to 3 micron accuracy.

Caracal itself is dedicated to bringing their new pistol to the market in as professional a manner as possible.  To reach the U.S. market, they selected a Tennessee company called Sturmgewehr, and Troy Sellars is the Director of Operations at the Caracal USA company.  (caracalusa.com)  Caracal USA is beginning the serious marketing program immediately, and these pistols can be expected to be making a splash in the law enforcement and civilian shooting markets.  Regarding Caracal in the UAE, and its parent company Tawazun, we’ll be watching for the new sniper rifles to test, and to see what other interesting products their new, modern facilities will produce. 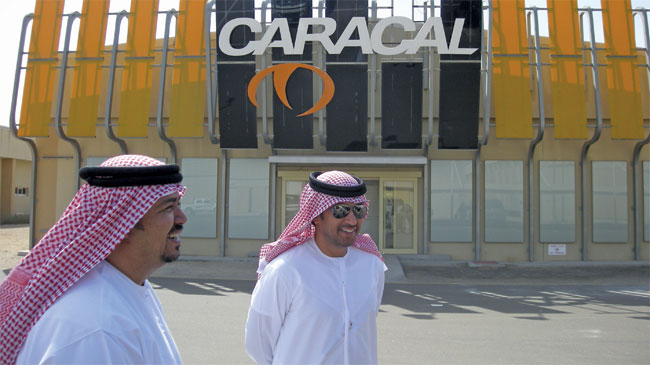 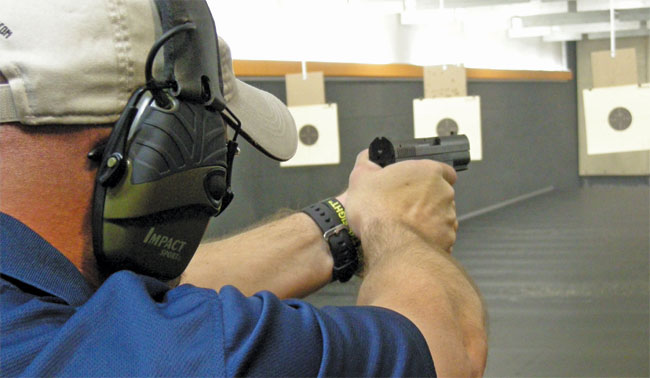 Mike Seeklander, Director of Training at the U.S. Shooting Academy, and author of four books on shooting performance, fires a Caracal F at the indoor range. Mike was quickly proficient with the Caracal, and showed a lot of enthusiasm for the system. (www.shooting-performance.com) 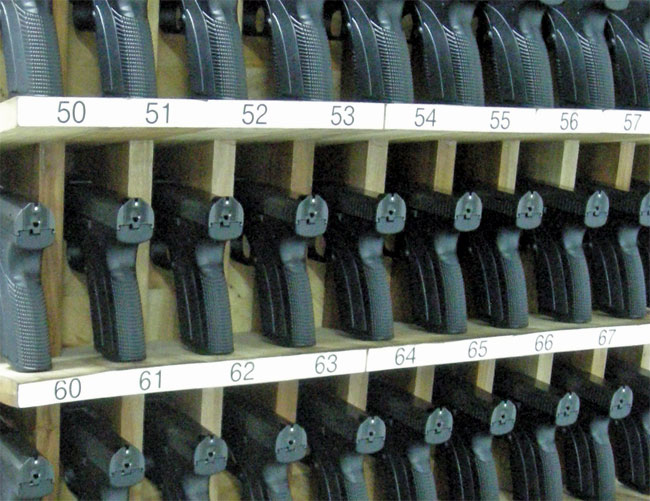 Troy Sellars of Caracal USA examines a Caracal F slide casting that has just come off of the 5-axis CNC milling machines, as Vincent Mohni, a Swiss engineer from Emirates Precision Industries (www.epi-uae.ae) explains the process.
by Dan Shea on 11 January, 2012.
Tags: 2011, Dan Shea, V3N3, Volume 3
← IDEX 2011
Project Manager Soldier Weapons →
Distributed at trade shows worldwide, Small Arms Defense Journal is a bimonthly publication that focuses on small arms, accessories, gear for the soldier, new products, industry news, and defense trade shows. The first issue of SADJ was Spring 2009, which launched at the LAAD show in Rio de Janeiro, Brazil. SADJ (pronounced “sage”) is targeted toward military, law enforcement, and defense industry professionals. Our job is to reach these groups and tailor content to their interests while producing a publication that is applicable to an international audience.